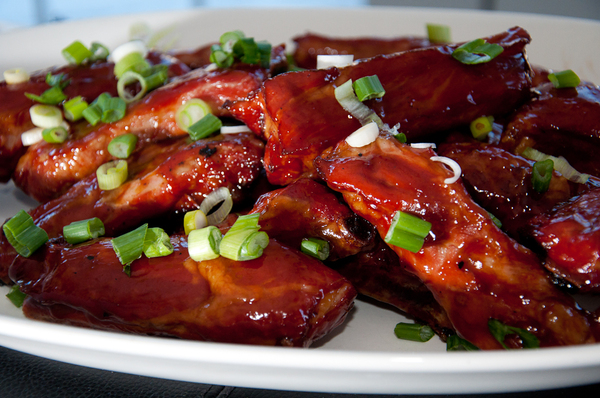 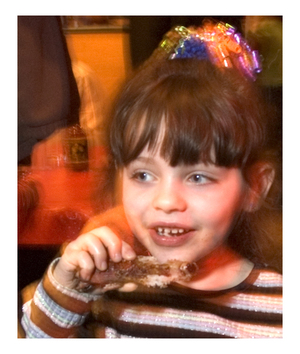 Among all the creatures on earth, only humans cook -- and barbecue is the world's oldest cooking method. Barbecue may even be the world's second oldest profession.

It has been said by anthropologists that mastery of fire permanently altered our evolutionary path, allowing us to have smaller jaws, smaller guts and the ability to stand erect (see the superb book "Catching Fire: How Cooking Made Us Human" by Richard Wrangham of Harvard).

Barbecue was probably discovered by some proto-human tribe padding warily through the warm ashes of a forest fire following their noses to a particularly seductive scent. When they stumbled upon the charred carcass of a wild boar they squatted and poked their hands into its side. They sniffed their fragrant fingers, then licked the greasy digits. The magical blend of warm protein, molten fat and unctuous collagen in roasted meat is a narcotic elixir and it addicted them at first bite. They became focused, obsessed with tugging and scraping the bones clean, moaning and shaking their heads. The sensuous aromas made their nostrils smile and the fulsome flavors caused their mouths to weep. Before long mortals were making sacrifices and burnt offerings to their gods, certain the immortals would like to try their heavenly recipes. 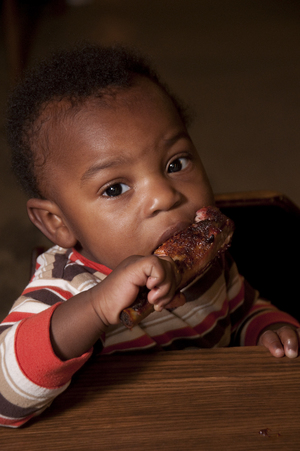 Today we do it the same way our ancestors did. Our noses lead us to meat and vegetables roasted over live fire and we eat without forks or linen. Ribs are just pig on a stick, with grease and goop on our faces. "Don't play with your food" doesn't apply when you're eating barbecue. If you don't get it on your shirt you're not doing it right. This is primal, elemental, sensual, ethereal, caveman eating. Pure carnal joy. Just like our ancestors.

Since the beginning of time, cooking with fire has always meant gathering the clan outdoors, and there is no more intimate assembly than hanging around the fire with the sweet smell of smoke and meat and onions in the air, a beer in hand, and loved ones at our table. It is as if we draw energy from the fire, as if the fire is the path to sustenance for both the body and the soul. As it was for our forbears, nowadays cooking for the clan and the burnt offering becomes a religious ritual. The main difference is that afterwards we email each other the recipes.

If, as I believe, a nation's cuisine is at the core of its culture, barbecue is as important to the American heritage as is jazz -- both festive activities perfected by African Americans in the South. To this day, nothing says "party" like barbecue so it should not be surprising that more than 70 percent of U.S. adults own an outdoor grill or smoker. Barbecue is truly America's cuisine. 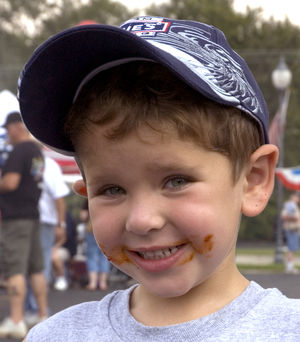 Barbecue, and for that matter all forms of cooking, are also about the happiness derived from creativity, from self-expression and from the selfless act of feeding others. There may even be a psychological reason we love barbecue. Psychologists have shown that certain foods, among them barbecue, just plain make us happy. Who needs comfort food when we can have happy food?

That's the reason I write mostly about barbecue, to pass along the ancient art as it has always been taught, generation to generation, and to explain how it works. To pass the flame from an old timer like me to a young'n like you both here in The Huffington Post and on my website AmazingRibs.com. Come on in, the backyard gate is open, roll up your sleeves, get fired up, strap on an apron and dig in! And if you share my love for outdoor cooking, click the "Fan" button on the top of the page and you'll know when I post new articles.