The ways modern girls evade calling each other “girls” are myriad, but most of them take on the same semi-ironic tone, mocking the days when femininity, monolithic as it was, could be neatly contained within the parameters of a word.

As much as those old-timey words smack of condescension ― “ladies” seems at home in the mouth of a suited courter, verbally italicized ― they can also generate feelings of solidarity among women, and so we use them, half-seriously. “Lady” has a disparaging air; it implies that a woman behaves as she “should.” “Gal” isn’t as bad, but it harkens back to a time when women had fewer rights. When we use these words on our own terms, we’re giving them a new life.

But there’s one girl-word that’s still icky in spite of its ubiquity, and that’s “girl” itself.

It’s unapologetically juvenile, like the cringeworthy “panties,” which, according to a survey of 500 women, is among the most-hated words. Its juvenility, when applied to adults, reveals some uncomfortable things about femininity being inextricably linked to youth. But, as Robin Wasserman pointed out in a piece on the word on Literary Hub, “girl” is having a moment. Citing a rash of new books with “girl” in the title – including her own, Girls on Fire, Wasserman writes, “There is, it seems, a girl for nearly every kind of woman. I think it’s worth asking why.”

She surveys Gone Girl, Kim Gordon’s Girl in a Band, “Golden Girls” and Lena Dunham’s “Girls” to arrive at the conclusion that until we reshape the stuffy, stifled connotation of “woman,” “girl” is liberating, and “girlhood as a state of mind” is worth embracing.

But how did we get ourselves into this linguistic conundrum, wherein the two most viable pronouns for women are respectively infantilizing and rife with domestic, subservient connotations?

The word started cropping up in English texts in the 13th century, used to refer to a young person, but not necessarily a female child.

Sally McConnell-Ginet, professor emeritus of linguistics at Cornell, shared her insights about the history and function of the word “girl” in an email exchange with The Huffington Post, explaining that its roots aren’t tied to gender, but to youth in general.

The precise origin of “girl” is unknown, but, McConnell-Ginet said, the word started cropping up in English texts in the 13th century, used to refer to a young person, but not necessarily a female child. “Gay girls” referred to young women, while “knave girls” referred to young men, until around the 16th century, when “girl” evolved to mean young women in particular.

“This is pretty interesting,” McConnell-Ginet said. “It is much more common for words designating either sex to become specialized for application to males, as in the case of ‘man,’ which from meaning ‘human’ has come to mean in most uses ‘male human.’”

She suspects that the transition of “girl” from genderless to gendered has to do with the word’s dainty connotation, and the perception of young women as smaller and fairer than young men. “It is probably because of the very common association of childishness, smallness, etc.,” McConnell-Ginet said. “Female children might seem in many contexts the quintessential children.”

Does calling adult women “girls” imply that they should strive to be quintessential children, too? It would seem so, when it was uttered in workplaces by “Mad Men”-era nine-to-fivers, describing their secretaries, regardless of age. “My girl” wasn’t just a diminutive descriptor at work, either. The oldies hit bearing the phrase as a title was a No. 1 single by The Temptations in 1964. “Girl Friday” and “girl next door” are among the offshoots that take “girl” to mean a woman who is dependable, helpful, and, as such, eager to serve.

Using historically juvenile words to refer to people who are no longer children has been used as an oppressive tool in other contexts, marking the habit as a harmful one. McConnell-Ginet notes that black men in America were referred to as “boy” by white slaveholders, and, later, employers. “The ‘houseboy’ in many colonial contexts was typically adult,” she added. “Women of any age doing domestic work were often referred to as ‘girls,’ a usage more likely for women of color.”

Using historically juvenile words to refer to people who are no longer children has been used as an oppressive tool in other contexts, marking the habit as a harmful one.

It’s not surprising, then, that, as with so many inventive language phenomena today, the reclaiming of “girl” began in black communities. McConnell-Ginet called it a “warm and powerful form of address,” and due to that power, the usage spread.

In the ‘90s, there were the riot grrrls and the glossier pop equivalents touting “girl power.” Today, Beyonce chants that girls run the world. The widespread reclamation might’ve been disseminated over radio waves and Spotify downloads, but it made its way to more academic realms, too. Eve Ensler, founder of The Vagina Monologues, preaches the reclaiming of the “girl self,” the versions of our personas that “we, as both women and men, often devalue as weak, foolish and irrational as a result of our gender socialization.” When put that way, “girl” is at once a guttural battle cry and a sound defense of traditionally “feminine” virtues, so often written off as foolish or naive.

Andi Zeisler, founder of Bitch Media and author of We Were Feminists Once, attributes the omnipresence of “girl” to a less innocuous force. In a phone interview with HuffPost, she said, “I do think it’s because it’s easier to conceive of girls as an attractive category than it is to think about women in that same way. The Women’s Guide to Savvy Investing is just not going to move the same kind of units as The Girl’s Guide to Getting Rich! A lot of it really is, from a selling and consumption perspective, [about] making things useful, making them sassy, trading on the imagery of the word ‘girl’ as somehow more fun and less ponderous than ‘woman.’”

Zeisler remembers making the conscious decision to refer to herself as a “woman” rather than a “girl,” a deliberate choice she believes many young women make while they’re in the throes of their politically charged college years.

“I was certainly referring to my contemporaries as girls well into my freshman year before I started noticing that a lot of the people I respected and looked up to were using the term ‘woman,’” Zeisler said. “It’s sort of alien. I remember it sounding very alien in my own mouth, and I felt like I was tripping over myself when I said it. I felt really self-conscious about it.”

Condescension and commercialization aside, she doesn’t think reclaiming “girl” as a positive descriptor rather than a dismissive moniker is all bad. “I don’t really see a ton of downsides,” Zeisler said. “Other than the fact that you don’t always get to choose what people mean when they’re calling you a ‘girl.’”

But that alone ― the interpretable nature and fraught history of the word, which can be molded into meanings that range from stunting to healing ― may be reason enough to avoid it.

Hey, Girl, The History Of The Word ‘Girl’ Is Actually Crazy
Love Words With No English Equivalent 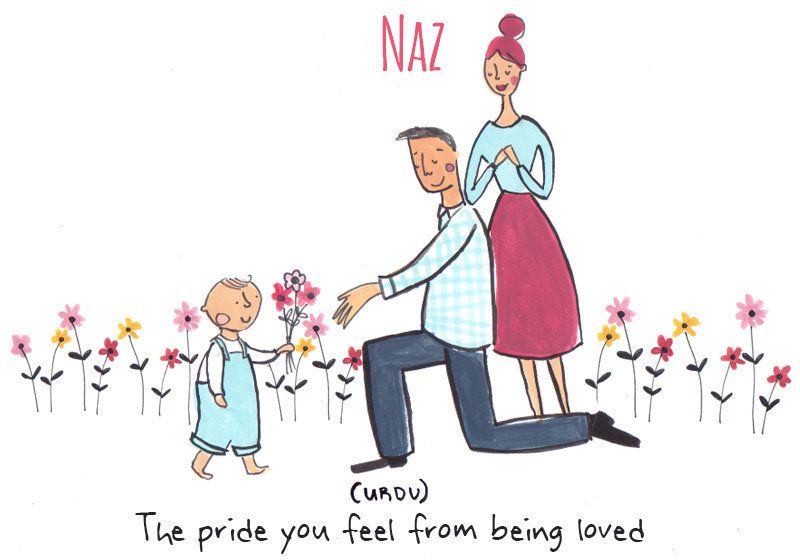