Stop whatever you're doing this instant and prepare to be blown away by this informative and mesmerizing lesson on the history of recorded music. The video, implementing a Rube Goldberg machine, was posted by IFPI (International Federation of the Phonographic Industry). They wrote of their project:

A 90-second, race through time filmed at London's world-famous Abbey Road studios, Music Remains is a 'Recorded Music Rube Goldberg Machine' that shows music at the heart of the story of one family.

Go ahead and click play to journey from phonograph to CD to MP3 and more. And if you'd like to learn more about the "Music Remains" project, you can visit their website here. 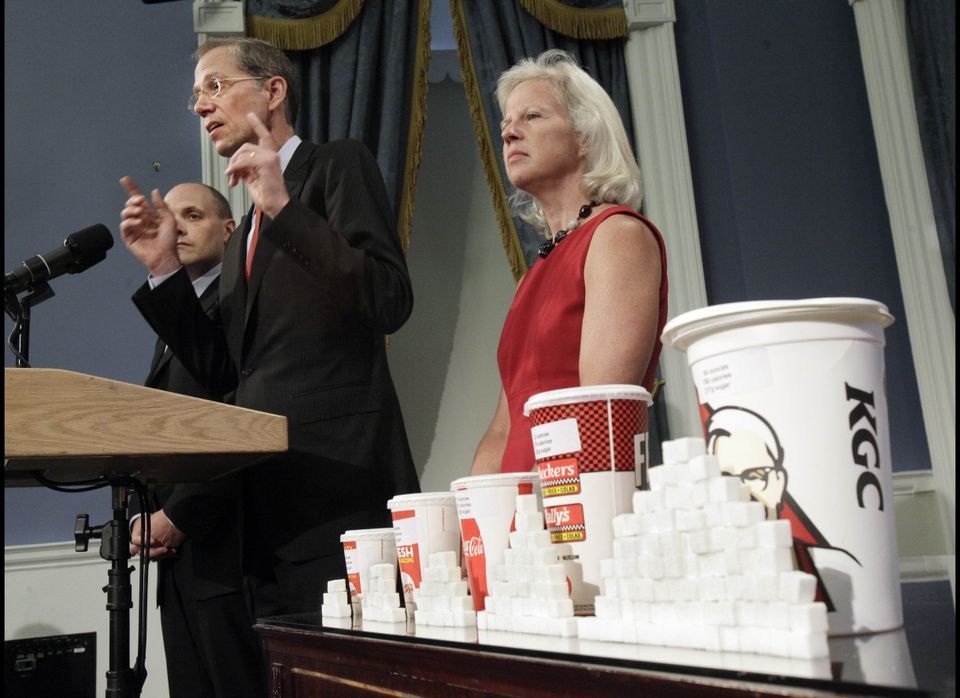 1 / 10
Mike Bloomberg Tries to Ban Big Gulp Soft Drinks
<br><strong>Song of the Story: </strong><i>"I Want A Little Sugar In My Bowl," Nina Simone</i> <br><br> Having banned smoking from pretty much everywhere but the broom closet, Mayor Mike continued his crusade to save New Yorkers from themselves, moving to prohibit the sale of soft drinks larger than 16 ounces. The effort outraged pretty much everyone, from those who take a hard line on liberties to those who just want to slurp sugary liquids without fear of the morality cops. This sultry come-on by Nina Simone goes out to the latter group, while those in the former may prefer the runner-up. <br><br> <b>Runner-up:</b> <i>"Freedom," Jimi Hendrix</i>
AP