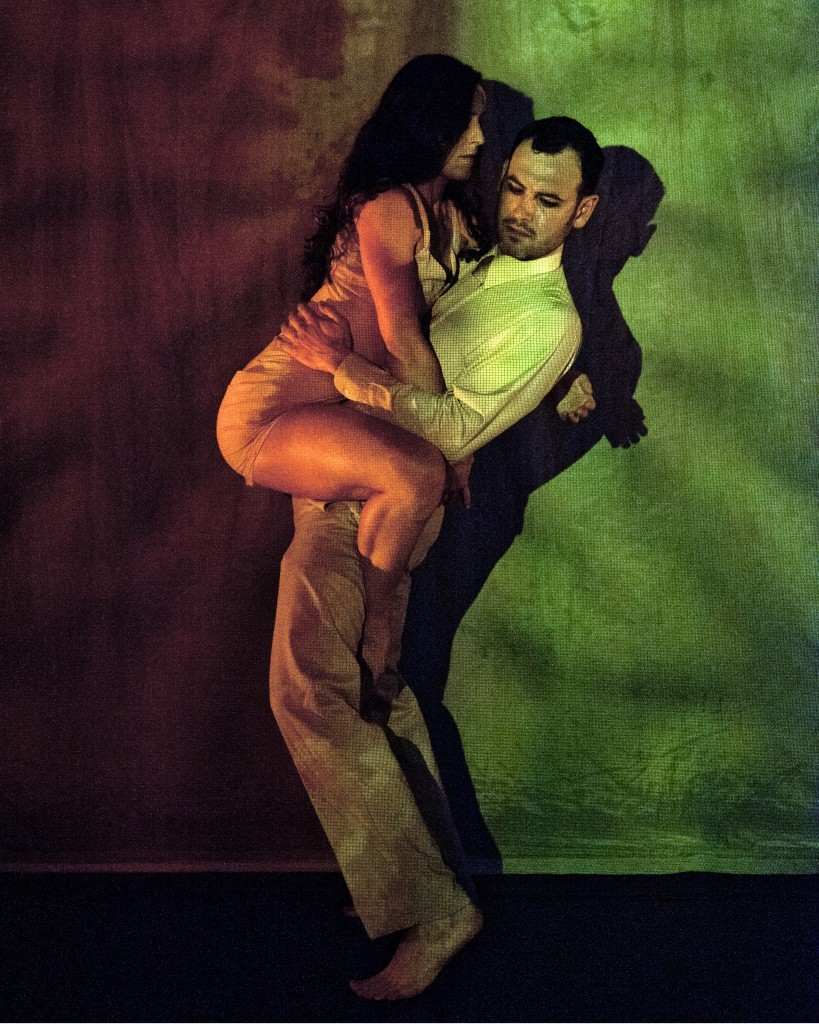 Confronted with eight companies in six intriguing programs over five days at the festival of modern dance known as SPF6 at the ODC Theater in San Francisco, Ballet To The People called in the Special Forces, in the person of dance omnivore, Leigh Donlan. Together they mapped out a plan, complete with refueling stops at taquerias, doughnut shops and tapas bars in the Mission.

D.R.U.N.K.S. was supposed to be comic relief; an acronymic bottle of Dangerous Rebels Uncovering Nonsensical Knowledge Satirically. Let's just say that the chaser that made it go down at all was Mike Turpen, the excellent DJ.

From the Dutch word for 'outsider,' Garnett's Buitenlanders explored the cold world of being 'other.' Three androgynous dancers wandered a bleakly lit landscape, pulling each other into their experience with relief, only to become frustratingly entangled in those contracts. Erratic movements held the dancers grotesquely open for a moment, thighs and chest splayed, then threw them painfully closed and crumbling. The sound (by Tim Hecker) was mostly white noise and rather unnecessary, except to time the dancers and exaggerate the mood. Heartfelt, with existential tendencies.

One of the more humorous pieces of the festival. The audience was treated to a delirious downward spiral of self-loathing and madness by a woman stuffing herself silly with grapes. Strong theatrical presence but the choreography, samba exempt, wasn't well suited for the piece. It felt like Mazziotta threw in some contemporary choreography because she felt obliged. We would've liked to see her explore more with the movement, just as she did with theatrics. Or perhaps the piece should have been strictly theatre, not dance. 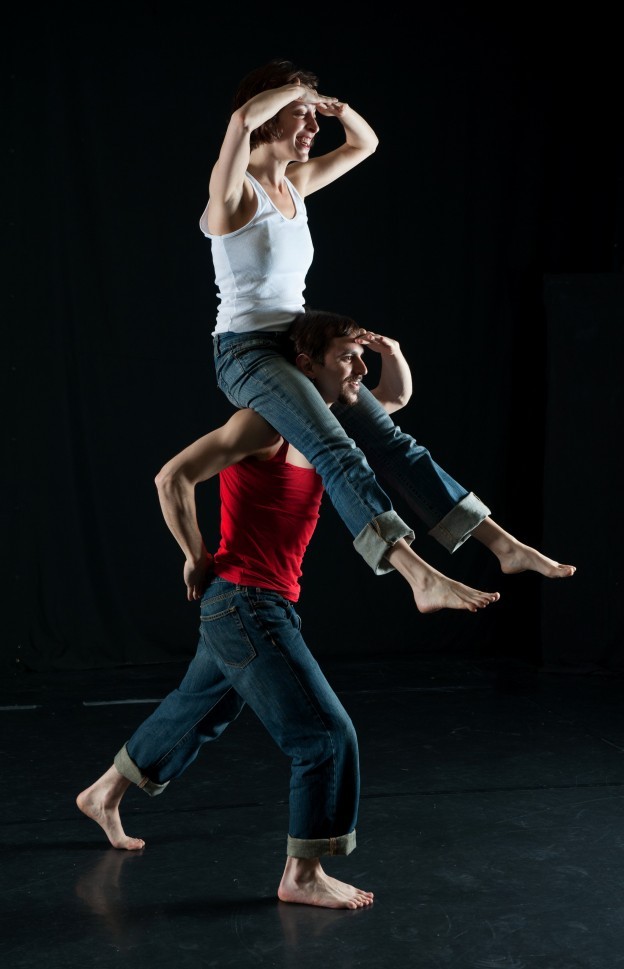 Aura Fischbeck Dance in Have we all melted yet?

An attempt to tackle the issue of cultural fusion and identity in America. It opened with what appeared to be the Statue of Liberty dancing to Jimi Hendrix's Voodoo Child. It was hard to tell if the dancer's vacantness was intentional, but ultimately it was too long and didn't take the audience anywhere. However, by the end of the piece, after the Americans have all been stripped down, reprogrammed and homogenized, the Statue of Liberty/ Voodoo Child returns more confidently. Again, it was difficult discerning Fischbeck's intention and what was lost in translation. 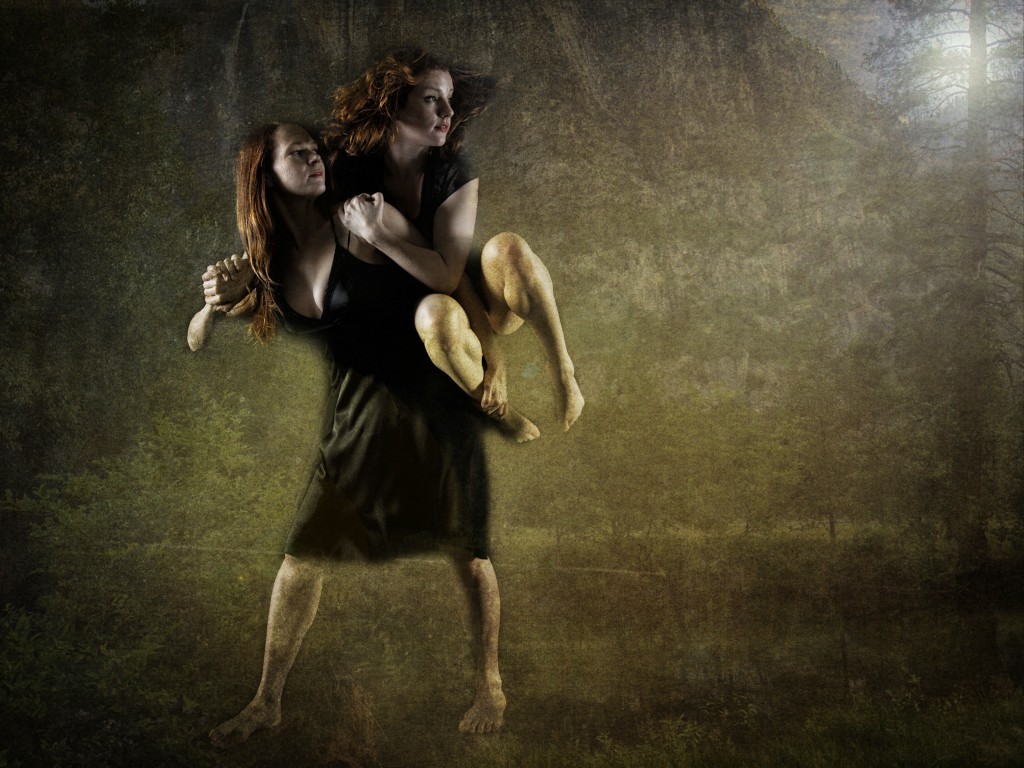 Bregman's works appeared to be highly anticipated. There was a buzz. She opened with Context, inspired by the latently trendy Oliver Sacks, which explored the subtle powers of the senses and what it's like to experience the world with sensory impairment. The highlight was when dancers unraveled balls of string held by front row audience members, and gently created a string matrix across the entire stage. The dancers then manipulated this canvas through movement creating geometric lines. Overall, the piece was consistently well presented and polished.

Force was performed by Bregman, a solo piece in which she explored being an artist working at a corporate job. Wearing all black and moving very aggressively, she exhausted herself within the first two minutes of the four-minute performance. She might want to reconsider that job.

Home was about the blank canvas of a child's mind and what happens as it is socially constructed. Needless to say, it starts playfully sweet and unravels into a hateful mess. This piece had its theatrical moments but the dancing was weak. Unstable lifts, an ill-fitted pas de deux. It needed more technical work.

Vinnicombe/Winkler in Deconstructing the Surrogate

Theme and variations on co-dependency. With its chilling, repetitive score and hallucinatory film projections that bathed the entire stage and the performing duo of Harold Burns and Bryce Vinnicombe Winkler in an eerie strobe-lit glow, audience discomfort was guaranteed, even without the choreography that had the couple grappling and pawing each other, rolling on top of each other, then shuddering and heaving, as if in the throes of severe gastrointestinal distress. There is a harrowing visual and aural splendor to this piece, and the desperate, athletic tackling seemed to pick up where Twyla Tharp left off back in 1982 with her sleek and sexy, but barbed, Nine Sinatra Songs. 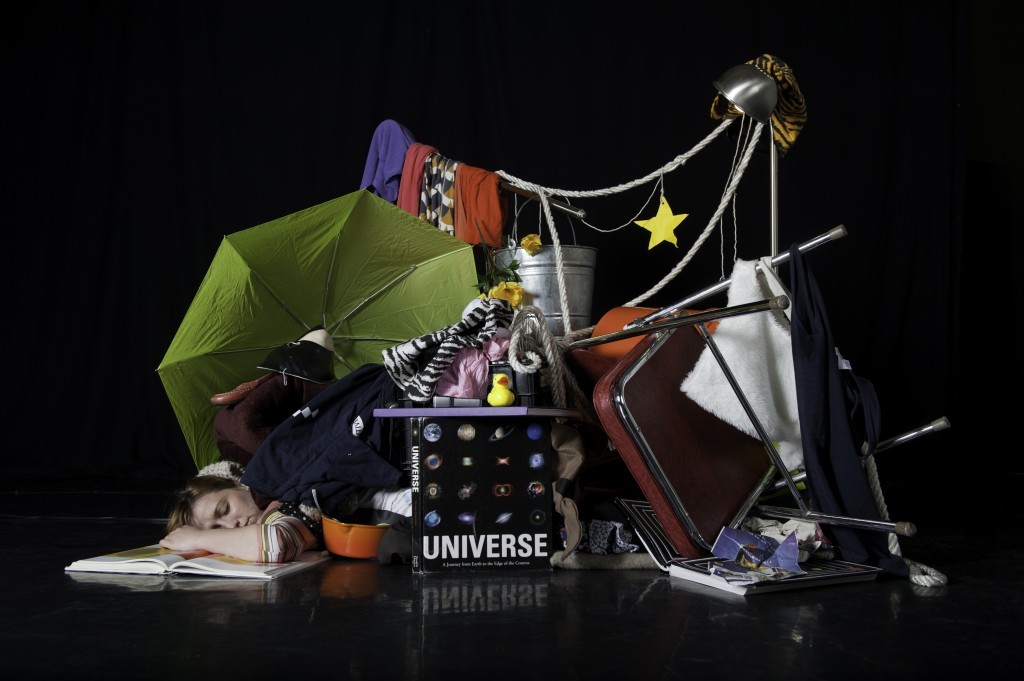 A meditation on domesticity, which, despite flashes of wit and humor, shuffled prosaically between the earnest and the absurd -- thanks to a lackluster lighting design, and fumbling, unimaginative episodes with a rope and stacks of clothing that the cast of three women raced to put on and take off. The score, which started out with the eloquent crashing of waves on a beach, was original and compelling. Witty moments included a send-up of Martha Graham, by a dancer who wraps herself in a thin, stretchy blanket and performs the famous Graham contractions lying in bed. 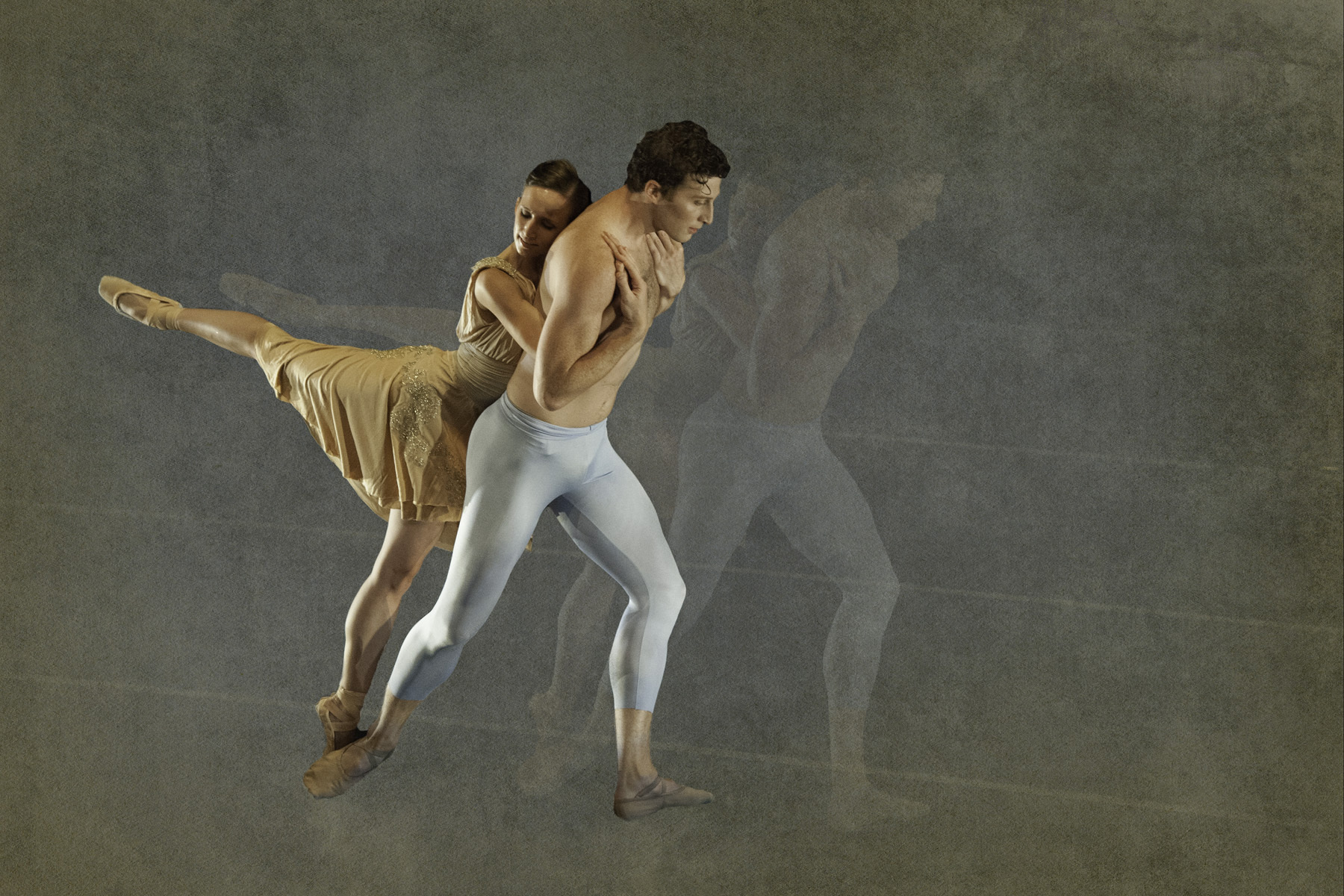 Emily Kerr and Matthew Linzer of The Milissa Payne Project in Up in the Air (Photo: Lynne Fried)

The Milissa Payne Project in Up in the Air

A joyful riff on neoclassical technique, woven through with tenderness and whimsy, featuring intricately spun ensemble work for eight dancers, set to exuberant interpretations of Mozart, Beethoven and Mendelssohn by the Calder Quartet. We missed the varied pacing of an earlier incarnation of this work previewed at The Garage; this version raced along frenetically after a lovely, introspective opening, leaving both dancers and audience breathless by the close of the stunning final whirl. The Grecian-style tunic dresses for the women and the opening sequence - in which the regal, voluptuous Megan Wright lies daydreaming on the floor, exploring it with inquisitive fingers, tiny, delicate movements that become expansive, sweeping gestures -- appear to pay tribute to Frederick Ashton's Five Brahms Waltzes, in turn inspired by the San Franciscan pioneer of modern dance, Isadora Duncan.

And so the cutting-edge festival known as SPF6, curated by Joe Landini of SAFEhouse (Saving Art From Extinction) for the Performing Arts, closed with a classical bow to hometown gal Isadora Duncan -- who fiercely rejected the classical ballet tradition in favor of her own concept of 'free dance.' An unexpected irony. Ultimately, this festival disappoints: with so much interesting work percolating around the Bay Area, these five precious days at the fine ODC Theater were largely wasted on half-baked ideas and deeply personal inspirations that failed to resonate.

Arts Up In The Air