New research, reported on by The New York Times this week, argues that Adolf Hitler once wrote a book lauding himself as Germany’s future savior ― and had it published under another man’s name.

The short book, Adolf Hitler: His Life and His Speeches, was purportedly written by Baron Adolf Victor von Koerber and published in 1923, well before Hitler rose to power. Von Koerber was a real person, an aristocrat with mainstream conservative bona fides. The Times notes that “[s]cholars have said that Hitler sought Mr. von Koerber out for the biography,” seeking to legitimize himself through the endorsement of an establishment figure. Now, however, documents found in von Koerber’s archives seem to show that Hitler composed the entire book, with the named author contributing nothing but his byline.

Published before Mein Kampf, and before he’d seriously begun jockeying for national power, the book compared him to Jesus and advanced an image of the rabble-rousing beer-hall speaker as a vital force in German politics.

Obviously, this angle would be way more convincing if someone other than Hitler wrote it ― and research from Thomas Weber, a historian at the University of Aberdeen, suggests the future dictator knew that all too well. “He does not have to expressly say, ‘I want to be leader,’” Weber explained to the Times. “He creates the expectation that others will call him to become the leader.”

Sound familiar? With the wheels greased by technology, a false or illusory identity created to legitimize oneself and gin up support has grown into such a phenomenon it has a name: the sockpuppet. A sockpuppet is a false identity used to attack your opponents, express support for yourself, or otherwise create the appearance of false numbers in your camp. Usually these sockpuppets are entirely fictional, unlike Hitler’s von Koerber; online it’s tricky to prove or disprove the existence of a person behind the Twitter, Reddit, Amazon or Yelp account. (We can thank that for MTV’s “Catfish.”)

Even before that, a certain businessman-cum-presidential-candidate took the telephone approach to sockpuppetry. Donald Trump, according to reports this spring, used to speak to journalists while posing as a publicist named John Miller or John Barron ― throughout the 1970s, ‘80s, and ‘90s. Under this guise, he’d lavishly praise Trump’s attractiveness to women, his financial health, and his all-around excellence.

But as these reports indicate, sockpuppets often are outed in the end. Trump publicly denied posing as Miller or Barron, but he also admitted to it during testimony in court in 1990.

Scott Adams, the self-aggrandizing cartoonist behind “Dilbert,” had a sockpuppet scandal several years ago, when he was caught defending himself as a “certified genius” on a Metafilter thread under another name. Several years before that, New Republic critic Lee Siegel was suspended after being caught posing as a commenter in the New Republic forums in order to castigate his haters and swaddle himself in praise.

From Hitler to the Twitter eggs clogging up your mentions, the intent is the same: To manipulate public opinion by creating a mirage of external validation for the originator.

To be clear: Using a sockpuppet is not remotely equivalent to Nazism ― it’s a tactic, not a governing philosophy or a set of political beliefs. (Godwin’s Law check!) Another caveat comes, in the Times article, from Harvard historian Charles S. Maier, who cautions that this revelation may prove little more than Hitler’s use of a similar approach to many politicians working with ghostwriters on as-told-to biographies.

“The difference, Professor Maier argued, is that most subjects of ghostwritten memoirs want their own name on the text,” notes the Times. For Hitler, and for sockpuppeteers everywhere, that’s a difference that matters. 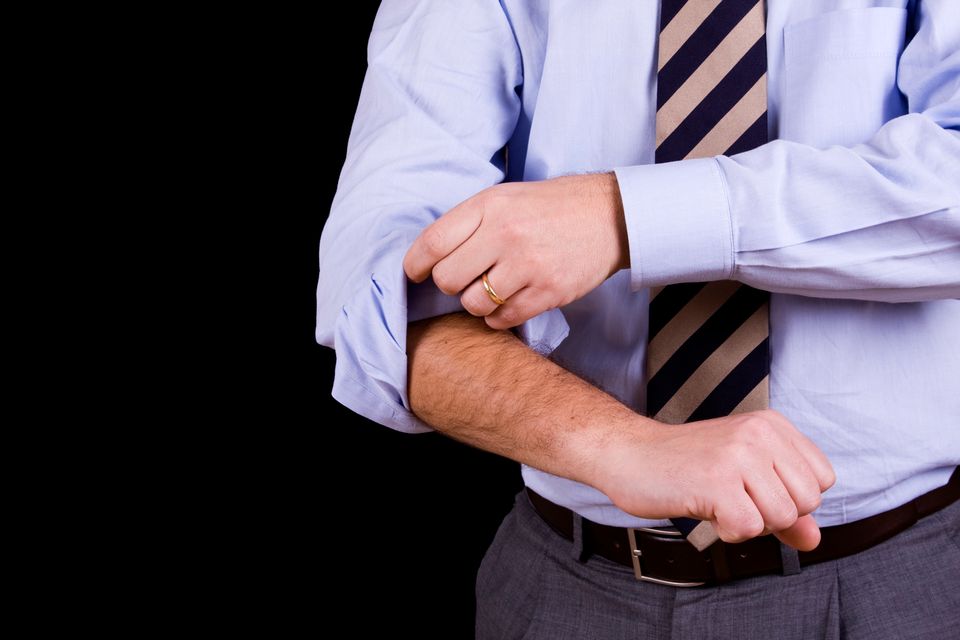