One of the most evil people in history has now become a marketing tool.

Believe it or not, some Indian businesses have begun to embrace Adolf Hitler as a viable brand. Disturbingly, a store named Hitler, which made headlines over the summer, isn’t the only instance of Indian entrepreneurs trying to make an extra buck off the Fuhrer’s legacy, Businessweek reports.

That store has since been torn down, but its popularity among some Indians, one of which told Businessweek that “Hitler [has not done] anything harmful to India,” shows that the business plan wasn't just one man's bad idea.

But India isn’t the only country where Hitler has returned in brand form. Earlier this year, Italian winemaker Lundarelli was found to be marketing bottles labeled "Ein Volk, ein Reich, ein Führer!", a Nazi slogan meaning "One people, one empire, one ruler." Other bottles were called "Der Prosecco Vom Führer," and "FÜHRERWEIN," The Atlantic reports.

Before that, in 2010, a Sicilian fashion boutique also faced a backlash after plastering 18-foot high posters of a picture of Hitler dressed in a pink military uniform along with the slogan "Change style. Don't follow your leader."

Exploitation of former dictators for profit isn't specific to India. Earlier this year, a company went ahead with plans to sell children's notebooks featuring Joseph Stalin on the cover, despite facing backlash, according to The St. Petersburg Times.

"I don't see any difference between Stalin and Hitler, as both were mass murderers and committed crimes against humanity," a German doctor told the Los Angeles Times at the time. "I will never buy this for my children and I can't imagine a normal parent wanting his child to use a notebook with this devil on the cover." 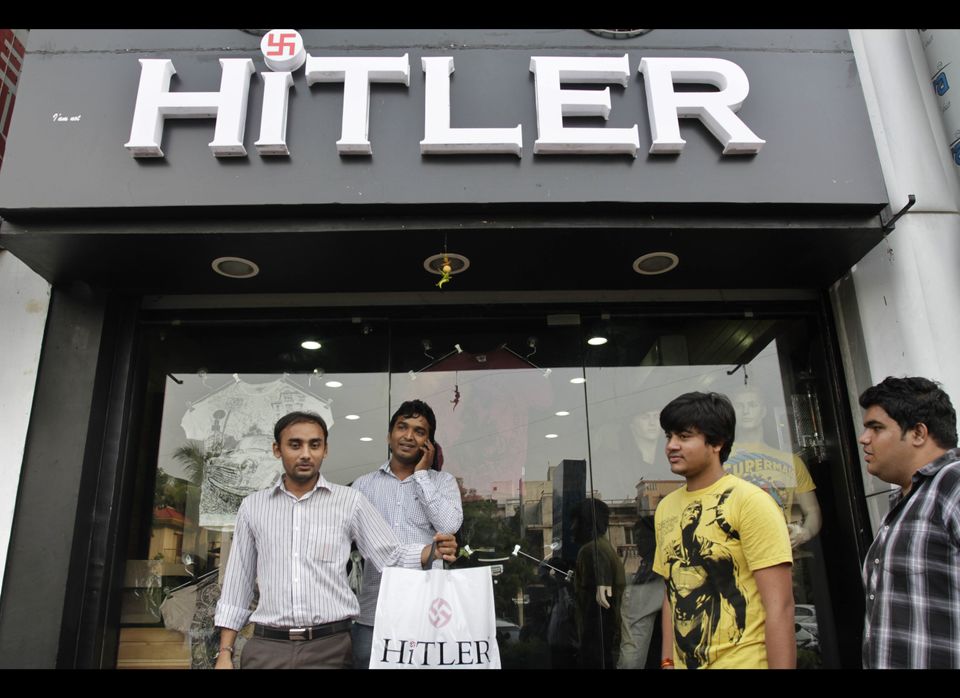