BRUSSELS, Sept 20 (Reuters) - The first U.S. film to warn about the dangers of Adolf Hitler's Nazi regime has been found in a Brussels film archive, having lain unnoticed for some 75 years.

"Hitler's Reign of Terror" was produced by Cornelius Vanderbilt, an heir to the wealthy American industrialist family, who visited Germany as Hitler was voted into power in 1933.

The film revolves around footage that Vanderbilt shot and smuggled out, showing Nazi party rallies, book-burnings and the ransacking of Jewish shops.

At its premiere in New York in 1934, the film was a big success, said Bruno Mestdagh, head of the digital collections at the Belgian film archive Cinematheque.

"The German embassy in the United States protested, so the film was censored and adapted. It was then shown in other cities but with much less success," Mestdagh said.

The version uncovered by the archive was most likely ordered by someone who wanted to show it in Belgium but never collected it, so the reel survived the war, and Nazi occupation, in the Belgian customs office.

In the 1970s, it was transferred to the archive, which holds some 70,000 titles in its vast vaults in Brussels, 80 percent of them foreign. But it was only two years ago that the curators realised they had the only surviving copy.

The film has now been remastered and will be shown at New York's Museum of Modern Art in October.

The film is arranged much like a newsreel, where Vanderbilt provides a voiceover to his own original footage, and mixes it with newsreel footage from other sources.

"Vanderbilt was able to capture some spectacular footage but he just had a few minutes and they constructed a complete film around it. But that wasn't done by professional film-makers, so the film has a sometimes amateurish feel to it," Mestdagh said.

Part of that feel comes from the somewhat clunky re-enactments of a brief interview that Vanderbilt snatched with Hitler as he prepared to address a rally in Berlin's Sports Palace after winning the 1933 election.

"In the hour-and-a-half that Hitler talked to that packed audience, he was as effective as a barker at a side show, travelling with a circus," Vanderbilt comments in the voiceover.

He also visits Leonding, the Austrian town where Hitler attended primary school, explaining: "From all I could gather, he was one of the most unpopular kids in the neighbourhood. Nobody had a good word for him." (Reporting by Robert-Jan Bartunek; Editing by Kevin Liffey) 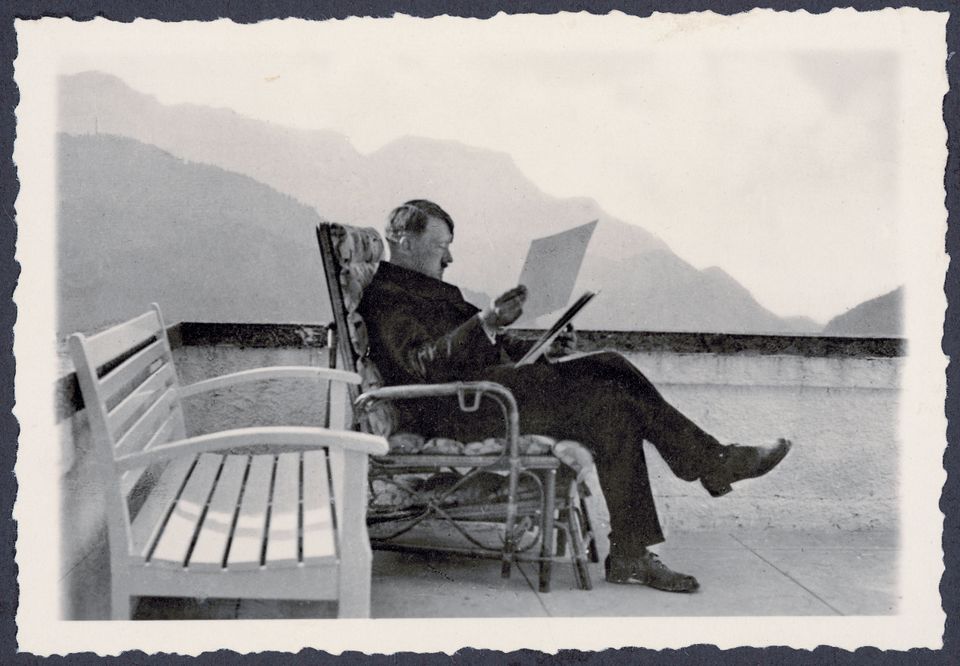