In April, a Florida woman who allegedly spit on a police officer was charged with criminal transmission of HIV and jailed, according to CBS Miami.

Though the risk of transmitting HIV through biting, spitting or sharing of sex toys is negligible, at least 11 states have laws on the books criminalizing potential HIV transmission through such acts.

Five states (Arkansas, Iowa, Indiana, Missouri and Washington) allow a maximum sentence of more than 20 years in prison. The Iowa legislature passed a bill earlier this month revising its transmission law to include other infectious diseases, and to establish tiered sentencing guidelines.

In the early days of the HIV epidemic, when the general public didn't have a clear understanding of how the disease was transmitted, many states passed laws that imposed criminal penalties on those with HIV who knowingly exposed others to the disease. The first of these laws were enacted in 1986 by Florida, Tennessee and Washington.

A recent report by the Centers for Disease Control and the Department of Justice found that as of 2011, at least 67 statutes regarding the criminal transmission of HIV had been put into place. In 2013, the President's Advisory Council on HIV/AIDS approved a resolution to review and encourage the elimination of such laws. 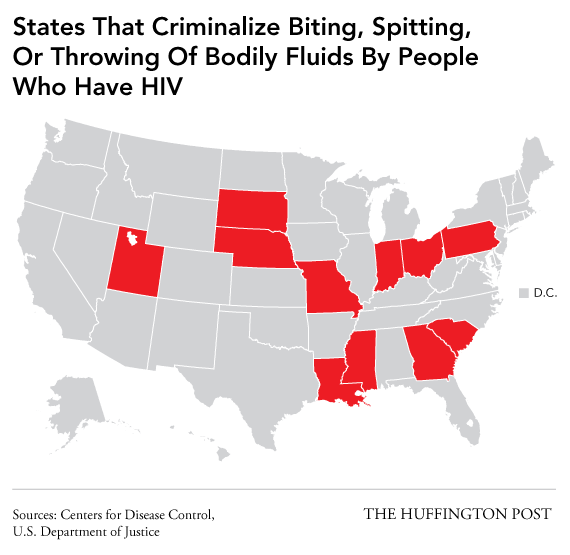 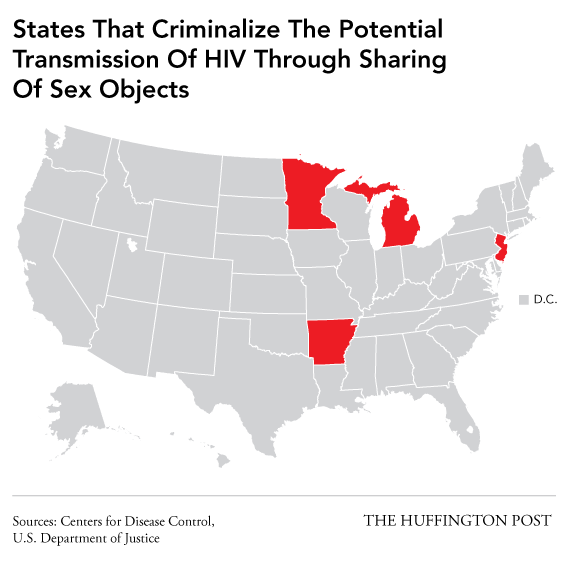 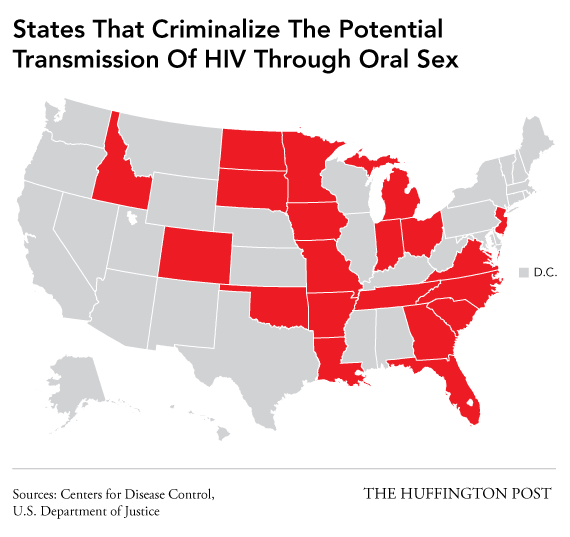 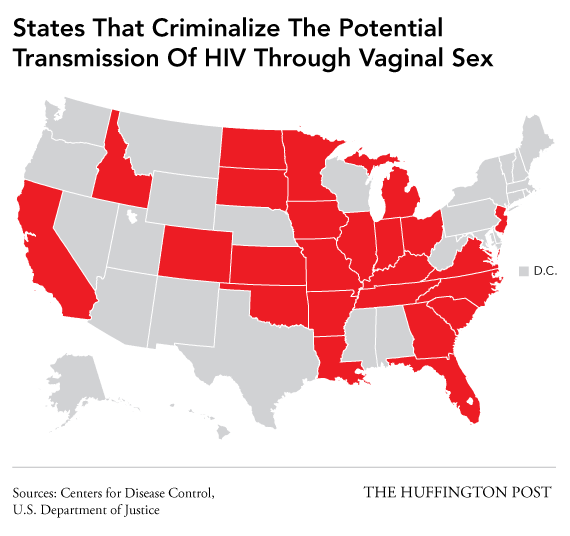 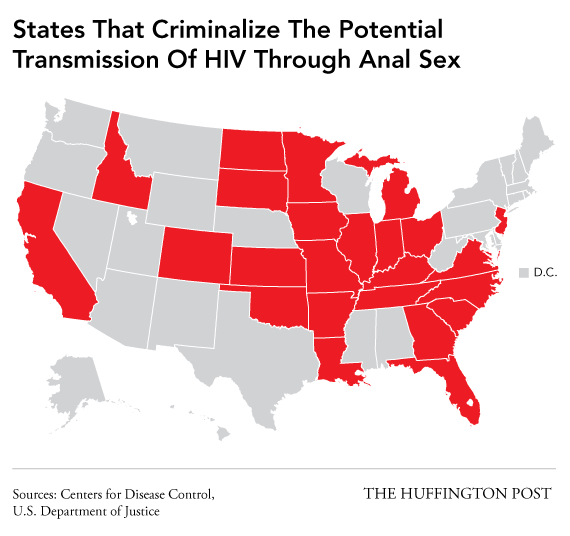 CORRECTION: An earlier version of this story said Illinois included oral sex in its HIV-specific criminal laws. Illinois revised its law in 2012 to remove oral sex.