Thousands of cyclists and volunteer "roadies" on a 545-mile journey from San Francisco to Los Angeles will partake in "Red Dress Day," an over-the-top and fun AIDS/LifeCycle tradition where cyclists wear a red dress, representing a red AIDS-awareness ribbon, on wheels.

Continuing this mission to reduce new HIV infections and improve the quality of life for people living with HIV/AIDS, youtuber Davey Wavey has partnered with Positive Pedalers on the photo campaign, END STIGMA to show that HIV+ people are thriving with a positive status, not despite it. Comprised of repurposed bike parts and fabulous red costume, the images expand upon what "Red Dress Day" means for the riders on this inspiring and challenging ride to Los Angeles.

"During my first ride, I noticed the big plus symbol on the PosPed's jerseys and their tagline: Eliminating stigma through our positive public example," said Wavey, and continued, "I was moved and impressed. Instead of surrendering to shame and stigma and hiding, these brave individuals are loudly saying HERE I AM! And showing the world that they're not just surviving, but thriving."

About AIDS/Lifecycle
AIDS/Lifecycle is a fully supported, seven-day bike ride from San Francisco to Los Angeles. It's a life-changing ride--not a race--through some of California's most beautiful countryside. AIDS/Lifecycle is co-produced by the Los Angeles LGBT Center and San Francisco AIDS Foundation and is designed to advance their shared interest to reduce new HIV infections and improve the quality of life for people living with HIV/AIDS. 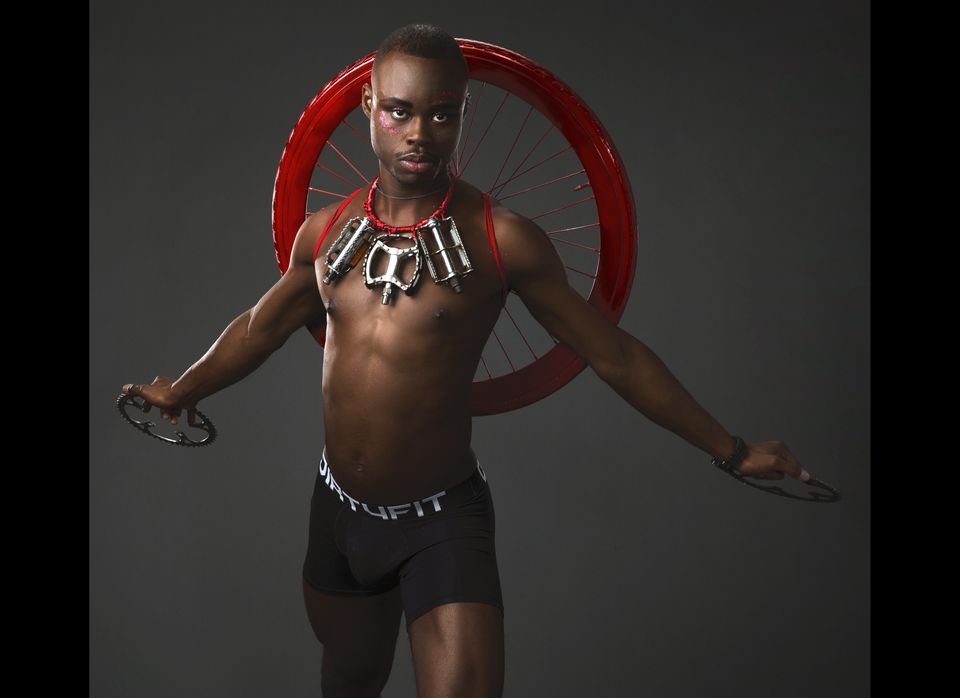 1 / 12
"I bike to stay ahead of my condition. I want to be an example that we can thrive with HIV and live a happy and healthy life." -Jamil Eric Wilkins