Impulse Group South Florida, a non-profit organization that focuses on the health of the gay community in the region (Palm Beach, Broward and Miami-Dade Counties) takes the HIV/AIDS epidemic very seriously.

The group is dedicated to educating about HIV, especially in areas and with groups where new infections continue to rise.

Besides the educational component, Impulse encourages HIV prevention by facilitating testing opportunities, providing condoms and other materials for safe or safer sex. The group also provides resources for those who learn they are HIV positive.

They have good reason for their resolve. The statistics for South Florida and HIV/AIDS bear out negatively for the region:

As a part of their 2015 South Florida awareness campaign, the group highlighted important facts through a sexy and provocative photo shoot named, "Expose the Truth," which is shown below.

The campaign's models were chosen from a cross section of young men living in South Florida's LGBT community.

Morán says, via email, that "Impulse Group South Florida hopes individuals will not only find the images powerful, provocative and stirring but also asks that you interpret the images based on your own reality."

At the end of the day, Morán said, the message the Impulse Group sends through this campaign is only effective if those most at risk take a deep, introspective look at themselves.

"Read our messaging, absorb the advocacy behind it but apply your truths to what you're seeing, let your guard down, search your soul, evaluate your personal life decisions and be open to re-imagining your lifestyle," he said. 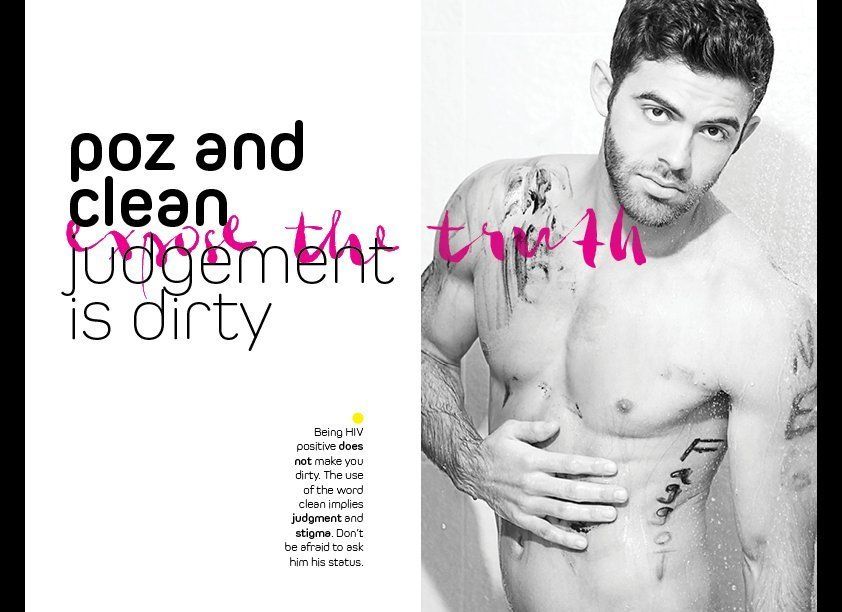 1 / 10
Poz and Clean
Being HIV positive does not make you dirty. The use of the word clean implies judgement and stigma. Don't be afraid to ask him his status. <strong>Photo credit: Adrian Vargas</strong>