My name is Tlalane. I come from the mountain kingdom of Lesotho and until yesterday, I had never left Africa. On my way to our tiny airport in Maseru, I couldn't believe that in just a couple of days I would be speaking at a press conference in Washington, D.C. I am 37 years-old and I was finally fulfilling my lifelong dream of traveling to America.

My mission was to talk about the global plan to end pediatric AIDS by 2015 and keep mothers alive, a plan which the organization I work for, mothers2mothers, is dedicated to achieving. But to talk in a strange place among strangers was a scary idea. A kind fellow passenger on the flight reassured me that if I spoke about things I know and am passionate about, I would be fine. My head believed her -- my stomach wasn't so sure.

I got lots of rehearsals -- not in front of a mirror, but in front of real Senators and their staffs! As soon as I arrived in Washington, I was whisked to the Senate where I met with Senators Hagan, Coburn, Burr, Johanns, and Isakson and I felt something beyond honor. I went in representing the thousands of HIV-positive mothers that mothers2mothers serves and it was clear that they cared enough and were interested enough in what I had to say to give me their valuable time. It's incredible that I, who only nine years ago, thought about suicide after my HIV diagnosis, was now walking through Congress with a story that important people wanted to hear.

The Senate offices were grand and impressive, but I have to say that it was my quick walk through a Whole Food Market that left me speechless! The colors of the vegetables, the order of the fruits, the variety of olives and cheese! I don't know what the employees thought as I snapped my photos!

It has been two days of amazement. Everywhere are electrical sockets that resist children's curious fingers. The toilets flush themselves (often too early!). Throughout the Senate were all the military in their elegant uniforms and I never felt so safe. Even to see one American military man in Lesotho makes me grateful that they are there to protect us.

Finally, it was time for the press conference. I felt the responsibility weigh heavily upon my shoulders. If I couldn't make the Americans understand how important their support is, how many hundreds of thousands of lives they have saved through their PEPFAR (mine and my 3 year-old daughter are only two), I am successful. I was joined in the House Triangle by Representatives Trent Franks, Barbara Lee, and Jim McDermott -- the hosts of the event. I know they are important leaders in America and yet they were kind to me and seemed to really care about the mothers and children of sub-Saharan Africa. I told about how my fiancé died in my arms because he was so afraid of stigma that he wouldn't be tested. Then about becoming pregnant years later from my current fiancé and finally seeking help so that my unborn child wouldn't be infected by HIV. And finally, about how I found mothers2mothers which gave me the support and education I desperately needed to make sure my baby would have a future. 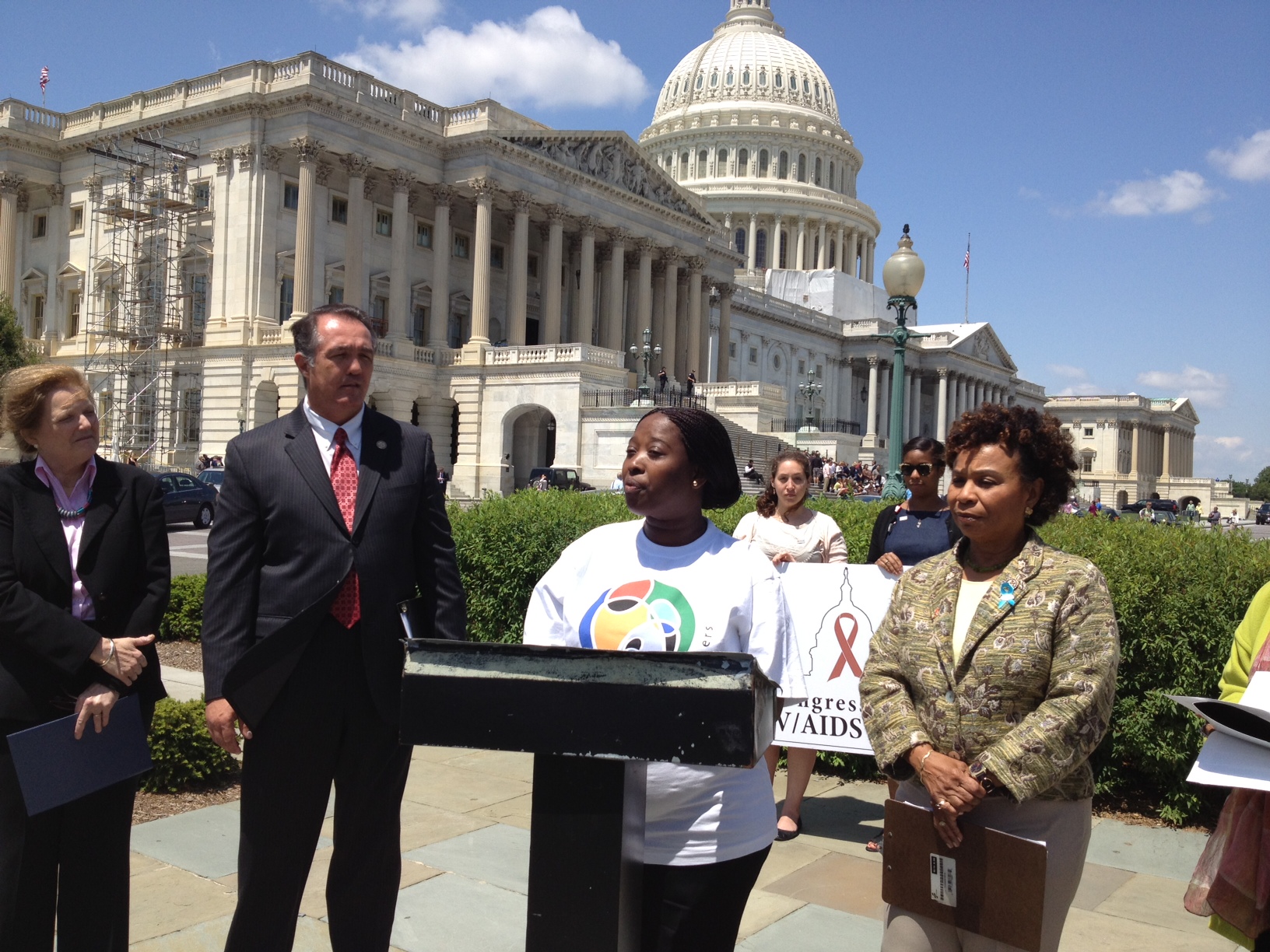 In Africa we have too many HIV-positive pregnant women and new mothers and too few people to provide them with medical care. Mentor Mothers educates women so they won't pass the virus to their babies and so they stay alive to see those babies grow into adulthood. Through them I learned that HIV is not a death sentence. And now I am a Mentor Mother myself. I am getting my high school diploma. I will become a nurse and make my daughter proud. And I have realized my dream of coming to America.

Tomorrow I leave Washington, D.C. and go to New York. There are exciting days ahead and more important people to meet. But perhaps I am most excited about visiting Toys 'R' Us in Times Square and bringing a talking doll to my little girl. You see, I saw one of those when I was a child in Lesotho and it made me realize that the U.S. is a wondrous place. Now my daughter will realize that too.