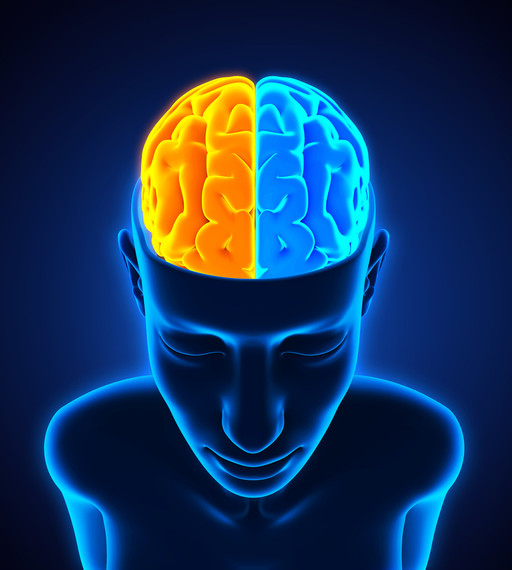 HIV-positive women who have endured a trauma such as emotional, physical or sexual abuse, or neglect earlier in their lives are more likely to have trouble remembering, paying attention or multitasking. Parts of their brains are also smaller than women who are only affected by HIV.

In the first study to assess the combined impact of HIV and trauma on women we found that women who have both childhood trauma and HIV are more likely to have more trouble with their cognitive functions.

It has been known for some time that HIV affects the brain. People living with the virus have trouble paying attention, remembering and switching between tasks. Their movement, coordination and dexterity may also be impaired.

Studies assessing victims of early life trauma have shown that these children undergo changes in their brain structures that affect their everyday functioning. These include difficulty learning and remembering, paying attention and executing an instruction. This results in academic underachievement or them developing mental disorders in childhood or later in life.

But the impact that early life stress may have on the brain in the context of HIV infection has received very little attention. Our study aimed to address this.

The research may provide clues to potential therapeutic targets in affected women and therefore contribute to reducing the burden of HIV. This is important because sub-Saharan Africa has one of the most serious HIV epidemics in the world. With 59% of women on the continent being HIV positive, women account for more than half of HIV infections in Africa. Many of have also been subjected to trauma growing up.

A look inside the brain

We conducted a longitudinal study at the Department of Psychiatry at South Africa's Stellenbosch University that compared HIV-positive and HIV-negative women, both with a history of early life trauma and without one.

Participants were recruited through community health-care facilities in a metropole in the Western Cape province. They underwent two neurocognitive and neuroimaging assessments to measure their brain function and structure.

The first assessment, conducted at the beginning of the study, measured their attention span, and their capacity to remember and multitask. It also measured the volumes of parts of the brain known to be affected by HIV. The second assessment measured the same variables a year later.

Neurocognition was assessed using an international neuropsychological battery sensitive to the effects of HIV. This involves a series of pencil and paper and computerised tests to measure aspects of cognitive function such as memory, speed of information processing, motor skills, verbal fluency and executive function.

Structural Magnetic Resonance Imaging measured the size of certain regions of the brain. This was done to ascertain whether HIV infection and childhood trauma or the combination caused alterations in brain structures in our sample.

The preliminary data revealed that the size (volume) of certain brain regions was significantly smaller in HIV-positive women with childhood trauma compared with the other three groups.

Findings also suggested that alterations in these brain regions may be associated with poorer cognitive performance in the domains of processing speed, working memory, executive function, motor skills, learning and verbal fluency, with these effects more pronounced in women living with both HIV and childhood trauma.

Though previous research has shown that there could be an improvement in these functions when HIV-positive people were put on antiretrovirals, preliminary analyses of follow-up data in our study showed the effects of HIV and childhood trauma remained evident a year later. This was despite greater antiretroviral uptake and improved HIV disease status among these women.

At both baseline and follow-up points, scores for most neuropsychological tasks suggested poorer performance in the dually affected group compared with all other groups, suggesting that the "double hit" of HIV infection and early life stress may be more detrimental to the brain.

How this can change

These findings highlight the need for trauma screening and for the integration of trauma-focused interventions in HIV care to improve outcomes in affected individuals. The experience of early life trauma deserves more attention in the clinical care of HIV-positive individuals.

Cognitive impairments should be addressed in the treatment of victims of childhood trauma. Keeping in mind that the brain is developing in childhood and adolescence, early intervention is crucial and may prevent long-term brain alterations as identified in our study.

Georgina Spies, Postdoctoral Scientist and Researcher in the Department of Psychiatry, Stellenbosch University