The man stood up to make his point: "How many of you have ever seen anyone eat an apple whole? I have never! No matter how small the apple, I always see him taking a small bite, and if he likes it, he takes another, and so on..."

The man was an experienced program manager from the tiny HIV-stricken country of Lesotho. The "apple" was an analogy for his health system that he was trying to change. His point was a plea to other health system leaders from his surrounding countries to step back from grand designs and to test out new ideas on a small scale to see if they work before rolling them out country-wide.

There is great hope that we can finally stop infants from getting infected with HIV by their mothers. But first, countries with high rates of HIV infection must work out how to deliver reliable health programs to protect babies form their mothers' infected breast milk. Many countries have already developed effective treatment programs to protect unborn infants from their mothers' HIV. But once babies are born, protecting them from getting HIV infection in their early years is no easy task. If nothing is done, 15 percent of exposed babies will get HIV through their mothers' milk. Right now, most countries don't even have detection systems to know how many babies are getting infected during this time. Nor do they have good ways to track mothers and babies who use the breakthrough medicines that will stop the virus passing through breast milk. 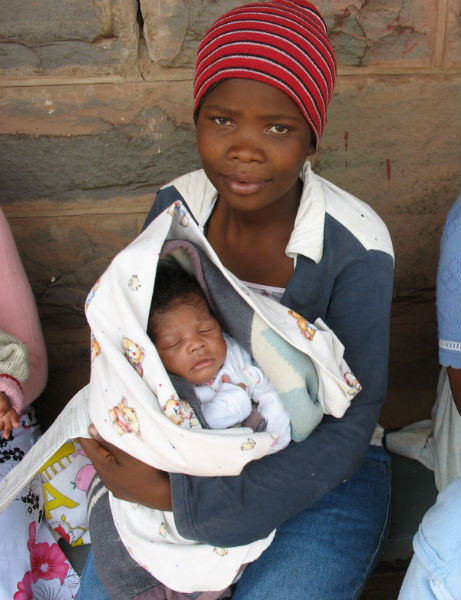 Last week, health care and technical teams from six African countries at the epicenter of the world's HIV epidemic took an honest look at their country plans to eradicate mother-to-child transmission of HIV. At a meeting in Pretoria, South Africa, sponsored by the President's Emergency Plan For AIDS Relief (PEPFAR) and the World Health Organization (WHO) and facilitated by the Institute for Healthcare Improvement (IHI), experienced health system technical leaders were challenged to think in new ways about a topic they'd long been grappling with at home. Could they protect breast feeding babies from their mothers' HIV as effectively in their stretched and under-resourced public programs as had been reported in sophisticated clinical trials with limitless resources? Could they get these results mainly by redesigning their health systems with new ideas harvested from frontline workers? Not an easy undertaking for health system leaders used to top-down decision making.

The "all teach, all learn" principle of learning means that no one feels disadvantaged in the knowledge equation. All six countries that run along Africa's eastern and southern coast -- Kenya, Uganda, Tanzania, Mozambique, South Africa, and Lesotho -- have a significant proportion of their populations infected with HIV. While most have made good progress in preventing infection from mother to child during pregnancy, all are struggling to complete the "last mile" -- to protect babies and toddlers born to mothers infected with HIV. To do this, they must make the best use of recent medical breakthroughs that allow HIV-infected mothers to breastfeed their infants -- the double triumph of simultaneously nourishing all infants through breast milk and protecting them from HIV with anti-HIV treatment. As global excitement mounts at the prospect of "elimination" of mother-to-child HIV infections and tantalizing reports unfold for a possible "cure" for HIV infected babies, country health system leaders like those who met together in Pretoria last week know that they face a formidable challenge. The meeting's premise was that they could find solutions more rapidly if they worked closely with other country leaders, but that meant being willing to openly share challenges and failures as well as successes and triumphs.

The six countries showcased their current programs, but then the hard work began. How ambitious should their goal be, how quickly should they promise to get there, and what innovations would be needed to get so far, so quickly? Getting to these answers means picking apart the social and clinic barriers to breastfeeding and HIV treatment, and designing better measurement systems that can reflect the programs gaps and successes. It also means reversing the flow of new ideas -- accepting that the best ideas for improvement lie in the hands of health workers and mothers, not in the brains of system leaders. Putting decision making and accountability into the hands of nurses, connected to other nurses with good ideas, can be the driving force of innovations needed to solve global elimination of mother-to-child HIV infections.

Each of the country teams agreed to open up a part of their health systems as a learning laboratory -- a place to rapidly learn with other countries how to implement and then quickly scale up their own mother-to-child health plans more effectively and efficiently. The hope is that a commitment to sharing the successes and failures will make the "last mile" easier and shorter as countries pool their knowledge and successful strategies. Over the next two years, country teams and their clinics will be connected to each other virtually and in person. We will see whether the "apple" strategy will bring needed knowledge quickly to nurses in remote clinics fighting a lonely battle to prevent infants and toddlers from getting infected -- and, in turn, allow others around the continent to benefit from their knowledge and experience.