Hoarding is a serious issue that goes far beyond being disorganized. It's estimated that between 2 and 5 percent of the U.S. population exhibits some hoarding behavior, though some figures vary (one estimate puts the number of people with a full-blown hoarding disorder in the United States at 4 million, but it could be as high as 15 million). But the question has always remained, especially to those of us who have struggled to keep up with the tide of stuff in our homes: What's the difference between being a "pack rat" and being a full-on hoarder?

"All of us can have more possessions than we really need and wrestle to keep our stuff organized, yet for those with a hoarding issue, it's to an extreme, where it interferes with their life and ability to use their space effectively," says Dr. Annette Perot, a licensed psychologist who specializes in anxiety issues and hoarding.

While many of us think of the extreme cases, such as the ones featured on shows like A&E's "Hoarders," there are a few everyday signs that you, or someone you know, might have hoarding tendencies.

1. They keep acquiring things, but don't have a use for the items and/or a reason to display them.

This goes beyond bringing in a random vintage find that you intend to use as a holiday decoration, for example. But for those who have hoarding tendencies, acquisition is an emotional experience. "[...] Many of us buy things because it feels good, even though that feeling is only temporary," says Dr. Perot. "So, for people with hoarding issues, buying or saving items can be done in order to create more positive feelings." It's also a habit that can't be stopped easily. Hartford Hospital's Anxiety Disorders Center notes that those with compulsive hoarding have feelings of distress when they see something they want, and can't feel better until the object is in their possession. 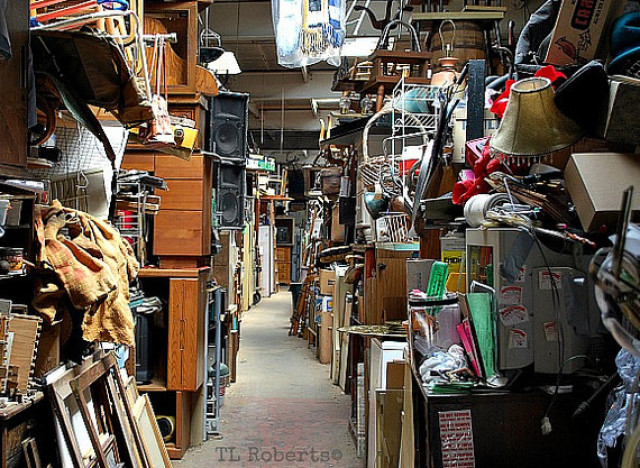 2. Their collection has taken over.

There's a difference between "collecting" and hoarding. Randy O. Frost, a professor of psychology at Smith College and author of "Stuff: Compulsive Hoarding and The Meaning Of Things," says that the difference is in how the collection is stored and organized. "For the person whose collecting has become hoarding, possessions become unorganized piles of clutter that are so large that they prevent rooms from being used for normal activities," Frost says.

3. Their chairs are too cluttered to be used, or there's one room that cannot be used as intended.

Though extremely uninhabitable homes often come to mind when we think of hoarding, a more common example are chairs and pathways that are piled with so much stuff that they cannot be used. Some also designate at least one specific room or space in their home to the accumulation.

4. They had strong attachments to objects at a young age. 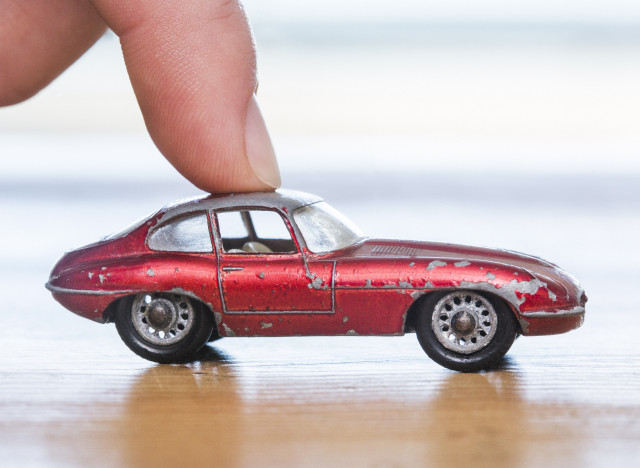 Though most of us had collections when we were young, a Scientific American article says that children might "reveal a proclivity to hoarding in their emotions." Attachments can manifest in a few ways. Dr. Perot names a few examples: "Someone might feel guilty about discarding an old toy for fear that he is hurting the toy's feelings. Or, someone might have difficulty getting rid of her daughter's baby clothes because she feels like she is getting rid of her daughter."

5. It's a huge challenge to get rid of unwanted items.

The difficulty of finally weeding through your closet is universal. The difference is when you can't seem to get rid of anything (even if it's in your way) because you might "need it someday." "People who have hoarding issues are very creative and can see limitless possibilities for the use of an item as simple as a bottle cap," Dr. Perot says. "Yet more time ends up being spent saving items than in actually creatively using what is saved." She also says that individuals with hoarding tendencies have a hard time letting go of items, since possessions are perceived as a part of their identity. "Imagine being told to part with a dear friend or part of your identity ... That’s how it can feel to someone with hoarding issues."

6. There's so much stuff, they don't want to have visitors over.

Those with hoarding tendencies tend to keep accumulations a secret. Often, it's because they're concerned about someone touching the collected objects. Many admit that clutter causes feelings of "shame" and don't want others to witness the accumulations.

If someone you know needs help, Dr. Perot advises that respect is key. "It’s important to remember that each of us has the right to govern our own lives and make changes if and when we’re ready," she says. And though it's tempting, she recommends not "helping" the individual by throwing things away without their permission.

Less-serious roommate situations still need to be dealt with a gentle hand. Here's what you should never say to someone you live with.

Things You Never Want To Hear From A Roommate
More:
huffpost homeVideohoardinghoarders
Newsletter Sign Up
An essential daily guide to achieving the good life
Subscribe to our lifestyle email.
Successfully Subscribed!
Realness delivered to your inbox