Black Friday comes with its own set of challenges for hoarders, according to Dr. David F. Tolin, author of "Buried in Treasures: Help for Compulsive Acquiring, Saving, and Hoarding" and an addiction expert featured on Oxygen's "My Shopping Addiction."

The kickoff to the holiday shopping season starts with an intense siege of ads about special deals and bargains. Stores open early and stay open late -- none of which is easy to resist if you or a loved one are a compulsive shopper or hoarder.

"During the holidays, we are bombarded by marketing attempts to get us to buy more things," said Tolin. He said holiday shopping is the hardest time of the year for hoarders, many of whom fall victim to the pressure and marketing aimed at getting people to spend money.

In some cases, those purchases are gifts for others, which in the case of hoarders, may make them feel generous. But not all of these purchased gifts are actually given to their intended recipients, Tolin said. He has a former client -- a woman in her 70s -- who would buy elaborate gifts for her grandchildren, bragging how she "spoiled them."

"But she never gave them the presents. They were all in her closet," Tolin said. "For her, it was all about getting a bargain and believing she was thinking of others," Tolin said. And then she just "forgot" to give the gifts away? "Pretty much, yes," he said. She also may have been embarrassed by her spending. "For many hoarders, it's almost a game -- trying to get bargains, good deals," he said, "which is why the current season where ads for bargains are so prolific is tough."

He says that research has shown that 2 percent to 5 percent of the population meets the criteria to be clinically labeled a hoarder. He said most people start in childhood or early adolescence, but the problem doesn't escalate out of control until middle age. "Boomers are very vulnerable to feeling the effects of hoarding both in themselves and in their parents," Tolin said.

Tolin said that hoarders feel like they have to purchase or own things to feel good. "But we tend not to remember the presents we get; we remember the good activities or events we share with our families and friends."

He suggests that before the holiday season gets fully underway is the best time to have "the conversation" with a loved one who hoards. "Try and turn the focus on creating memories -- which ultimately feels a whole lot better." He suggests keeping the conversation non-confrontational or argumentative and instead offer to help. "Offer to go shopping with them," he said.

For those who need help managing their own shopping, he suggests making a plan in advance and sticking to it. Decide who you want to buy for, how much you will spend and don't deviate from these plans. About the worse thing you can do is just walk around a mall "looking for inspiration," he said. "Teams of people have spent millions of dollars dedicated to getting us to spend more money. You can't combat that [without a plan]," he said.

Hoarding Heats Up Around Black Friday And The Holidays
Hoarders 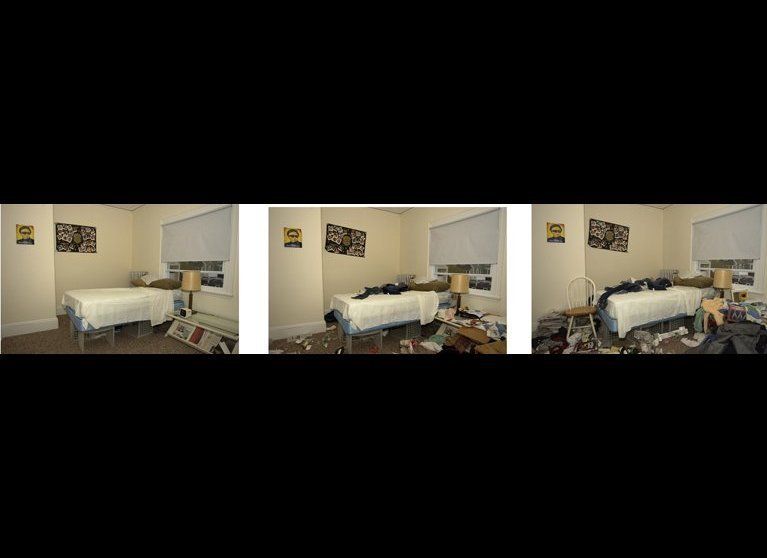