Last year, a Las Vegas attorney was sentenced to 10 years in prison for his role in a "massive", multi-million dollar HOA fraud scheme involving conspiracy, double agents, recruitment of Board members, election rigging, and wire fraud.

Not even a year before, an 82-year-old Condominium Association President in West Palm was arrested and charged with allegedly embezzling over $20,000 in Association funds to finance a long distance affair.

In Polk County, Florida, the President of an HOA Board was arrested for threatening to shoot a father whom he believed to be trespassing in his community (he and his son had been visiting a neighbor and riding jet skis in the common lake).

In the same county, a mother and son were arrested for stealing in excess of $120,000 from their HOA's coffers while the mother acted as Treasurer of her Board.

In April, a San Antonio HOA President and a former city contractor were charged with defrauding an Association out of more than $300,000 by writing bogus checks for repairs on things like a community pool that never even existed.

While these examples are extreme, major league scandals involving HOA and COA Board members are not uncommon. The reality is that these are just the tip of the ice machine in the community pool's cabana.

With 66 million Americans and climbing currently living in common interest communities such as Homeowners' Associations, Condominium Associations, retirement communities, vacation timeshares, and gated subdivisions, both the benefits -- enhanced control over their environment and property values -- and the problems -- bureaucracy, legal imbroglios, unexpected expenditures, and fines for everything you can imagine -- have become a part of the American way of life.

When a common interest community, such as a gated subdivision, is built, the developer is in control of the HOA or COA -- which handles management of the neighborhood -- until 90% of the houses are closed. Then the Association is turned over to the residents, who, at that time, elect a Board of Directors whose raison d'etre is to enact and enforce provisions that protect the homeowners' investments.

Over the last two decades as the head of The Melrose Management Partnership, I have managed, on behalf of well over a thousand Associations, over 200,000 dwellings in 500 communities, as well as overseen Melrose franchisees who manage dozens of communities. I can tell you that Board member misunderstandings, machinations and malfeasance can result in chronic mismanagement of all of aspects of life in common interest communities. While proper Board management enacts and enforces provisions that are intended to protect homeowners' investments, quality of life, and security, Board mismanagement can bring these efforts to a screeching halt. 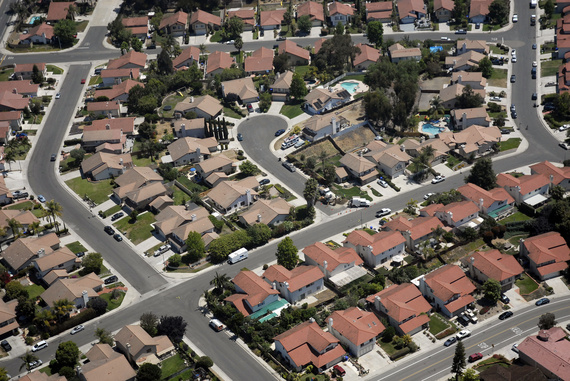 66 million Americans and climbing currently live in common interest communities such as Homeowners' Associations, Condominium Associations, retirement communities, vacation timeshares, and gated subdivisions. As a result, both the benefits and the problems have become a part of the American way of life.

As I attest to in part one of my HOAs Gone Haywire series -- When Homeowners Association Living Goes Haywire: How To Prevent The Common Problems Of Living Under An HOA or COA -- a more informed homeowner can prevent most Association-related conflicts, imbroglios and disappointments. Just a basic understanding that, to a degree, you have to give up being king or queen of your domicile in exchange for being part of your neighborhood democracy can take you far.

An informed Board member who understands this simple fact can prevent most of the common pitfalls of Association management.

Should you find yourself on your Association's Board, here are a few major key points that can help you protect homeowners' investments, quality of life, and security, while also helping you avoid ostracism from your neighbors -- or being slapped with a lawsuit -- along the way:

Hidden agendas are for politicians, not Board members: The first thing to understand about an Association Board is that it's not uncommon for members to have some kind of hidden motive or reason behind running for elected office. The pay isn't great (read: the pay is nonexistent) so often residents get on their Association's Board with a specific agenda: they want to change a bylaw in their favor, then resign; they're looking to fine a neighbor who doesn't mow the grass to their liking; or, in extreme and rare cases, they'd like to pilfer from the huge reserve funds that Associations tend to carry. The unfortunate results of this dynamic are often endless Board meetings, turf wars with residents, red tape, and even the occasional court date.

If, however, you get on a Board thinking of the common good first and foremost -- effectively managing the budget, bettering resident communication, enforcing the Declaration of Covenants, Conditions and Restrictions, or CC&Rs -- there will be fewer problems, and you can spend more time lounging at the community pool and less time going to court with your neighbor over hedges that are an inch higher than stipulated.

If you're going to go on a power trip, save it for work -- not your Association Board: What you want to avoid is turning your community into a police state simply because you saw an opportunity to wield power. Can you use your position as Board President to make that trampoline you're sick of looking at in your neighbor's back yard a fineable offense? Probably. Should you? Probably not. If you're on a Board and your need to exert power over your neighbors disturbs their quality of life instead of enhancing it, you're a member for all the wrong reasons.

Your job is to control when the pool gets cleaned, not when your neighbor's kids ride their skateboards: Associations essentially exist to control property, not people. When Board members try to influence behavior, such as deciding when and where children should play or whether a resident has too many parties in their home, the result is usually drama that would rival what you see on your favorite soap opera. 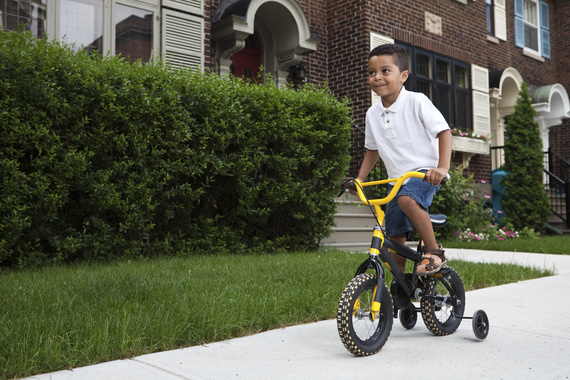 An HOA or COA Board member's job is to regulate property -- such as the maintenance of sidewalks -- not people's behavior -- such as when children play on them.

I've seen a Board member make it her personal mission to stop children from playing in the street, going as far as hiring a security guard to camp out and take pictures from the bushes to "catch them in the act". I've seen a man so angry at his neighbor over his perceived bad landscaping that, after trying and failing to get the neighbor fined, he vandalized his own garage door by spray painting the word "rat" in red and framed his neighbor for the act. Seriously. That happened. Remember, your role as a Board Member is to enforce the rules, not to dictate human behavior. It's best to let residents solve their personal issues themselves.

Have a problem? Pass the buck to a committee!: Everybody has their own strengths and weaknesses and their own important issues they'd like to tackle within an Association. Committees are an excellent way to channel that energy toward common goals. If a resident is passionate about, say, landscaping and does nothing but complain about it, then who better to become Chairman of the Landscape Committee? They will either fix the problem or come to the realization that their remedies aren't as simple as they may have assumed.

A word to the wise: don't think that committees are exempt from those power dynamics I mentioned earlier. There was one Association whose parking committee was so tow-happy that we received calls multiple times per week from upset residents who couldn't even have family over without first obtaining guest parking passes. A dentist missed appointments with multiple patients because his car was at the tow yard, maintenance men returned from jobs to find that their work trucks had vanished, even home healthcare workers taking care of the elderly weren't exempt from the committee's strict rules. You should probably think twice before allowing a committee to enact such extreme measures in your own community. 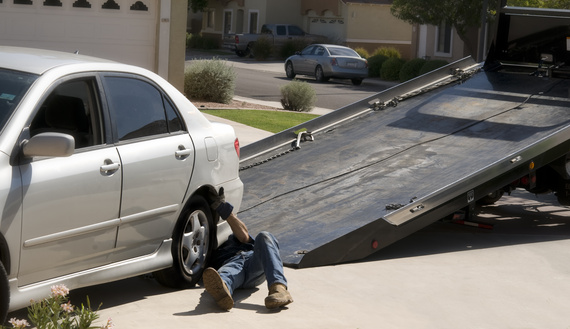 Being on a Board or a Committee just to be on a power trip -- like having residents' cars towed every time they turn their back -- does not enhance quality of life. It disturbs it ... not to mention turns neighbor against neighbor.

Be responsible for your decisions, but not legally responsible: If you're on the Board, make sure they have Directors and Officers Liability Insurance. This protects you from personal liability for the decisions you make on behalf of the Board. Can you really afford to be slapped with a discrimination lawsuit from an aggrieved homeowner who genuinely believes their outlandish request for a fuchsia fence was unfairly denied? If not, you'll want to be insured.

If the residents want the neighborhood to look like something on TV, make clear that they're going to have to pay for it: If Board members and residents want common areas to be mowed every week instead of once a month, the homeowners are going to have to pony up. If there are complaints about the gates not being properly maintained but current dues don't cover the kind of repairs that are needed, then the problem is with the budget, not the gates. As a Board member, it's your job to match expectations of the Association's services with the budget. 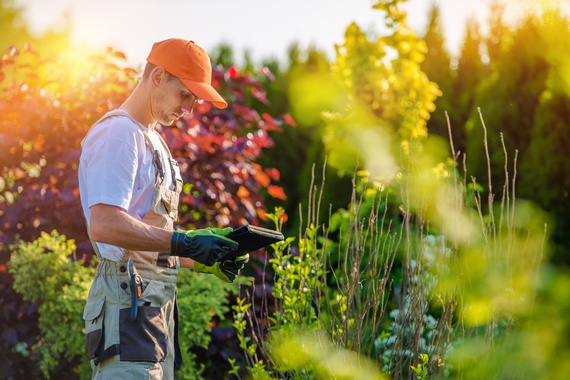 If the residents want the neighborhood to have the kind of landscaping they might see on a Real Housewives episode, they need to know that they have to pay for it.

I always advise arranging quarterly meetings with guest speakers -- it's the best way for residents to know where and how their money is being spent. Let the landscape contractor, the security company and the insurance provider come in to talk about what they're being paid for and exactly what to expect. That way, when the roses by the gate are looking a little worse for wear, the residents won't blame you for not calling the landscaper who is only contracted to stop by once per month.

I want to make clear that this article is not meant to dissuade anyone from running for a position on an Association Board. Most of the Board members we work for are honest, have integrity, and truly want what's best for the community as a whole, not just their personal bottom line. But the reality is that it only takes one resident with beef against another, one power hungry homeowner, or one neighbor who wants to change the rules to suit their personal needs to put the kibosh on an otherwise healthy HOA or COA Board. It's also true that Board dynamics can change with one election, meaning a Board that works in the best interests of its homeowners today might be replaced tomorrow. This article is simply intended to help shed light on these pervasive problems so that you prevent these kinds of conflicts in your community.

A Board is true democracy at its core. You're (theoretically) working toward the greater good of a community, but you're also signing up to be judged by a jury of your peers and to have your every action scrutinized. Should you find yourself on the Board of an HOA or COA, follow these tenets and you can be a part of enhancing quality of life and property values in your community instead of getting in the way of them ... and you won't have to worry about a neighbor being out to get you because you had his mother-in-law's car towed on Mother's Day.