When it comes to one “Hobbs & Shaw” rumor, director David Leitch says not so fast ... and furious.

In the new “Fast and Furious” spinoff, which follows the exploits of Hobbs (Dwayne Johnson) and Shaw (Jason Statham) as they go around the globe trying to save the world from a super virus, there’s a moment where the two protagonists and Shaw’s sister/rogue MI6 agent Hattie (Vanessa Kirby) all have to pile into a cramped McLaren. It’s part thrilling as they evade the pursuit of superhuman villain Brixton (Idris Elba) and part comedic seeing all three of them squished into such a tiny space, but is it also part lies?

The Rock wasn’t actually there in that tiny car, Statham told Fox 5 entertainment reporter Kevin McCarthy in an interview. The actor claimed The Rock had to be added into the McLaren with CGI because he gets motion sickness and, to quote Statham, his “ass is too big.” The info then made its way around the internet faster than Dominic Toretto can get off the starting line in a street race.

In a later interview with McCarthy, The Rock said Statham was joking but also added that the McLaren was small, saying, “I don’t fit in a McLaren to begin with, let alone with two other people.”

So what’s the truth? Was Johnson added into the car chase using CGI because of motion sickness and a compact compartment? Or could Statham and Kirby have smelled what The Rock was cooking?

“Ask him about his motion sickness..We had to CG him into the McLaren. One, his a** is too big to get in the seat.”

Hey @TheRock, I just spoke with your boy in London & he wanted me to deliver this message to you. 😂

According to Leitch, who’s also helmed “John Wick” and “Deadpool 2,” the spinoff rumor is spinning its wheels.

“He fits in the McLaren. I’ll tell you that much,” the director said to HuffPost.

He continued, “We were all worried about it. And that was sort of the gag. That was my idea of they should all be jammed in there. That’s sort of comedic to me. I thought that was funny. And so we’re early on in production, we had all stunt doubles in the car just to see if we could make it happen. And by the way, it was not easy to get him in. But he’s in there, and he’s making it happen.”

Reps for DNEG, the VFX studio that handled the McLaren scenes, did not immediately return HuffPost’s request for comment, but when asked one more time to clarify things, Leitch laughed and reiterated that, “Yes,” the Rock was in the car and was not CGI’d.

As that issue may be cleared up for now, it’s time to move on to even more important questions with Leitch, like what would really happen if The Rock lassoed a helicopter with a chain ...

Can The Rock actually hold a helicopter with one arm in real life?

Absolutely. That’s not movie magic. Have you seen his workouts on Instagram? That’s a warmup.

One of the great things about “Fast and Furious” movies is they always take things a step further, like The Rock redirecting a torpedo in “Fate of the Furious,” but is there ever a feat The Rock can’t do? Or are you always trying to push things more?

I think that there’s an appetite, honestly, to always push it, but we had a great producer Chris Morgan, who’s like the architect of the franchise, and has been involved in most of these. And he’s been really good at knowing the barometer of what the “Fast” audience wants. I mean, he’s the guy I think that came up with the idea of Dwayne pushing the missile away in the last movie, at least the submarine bit of it all, so the long and short is that we want to go big. But I can’t tell you that there weren’t conversations like, “How long is he going to hold that chain?” Editorially, I have a couple versions which are a lot longer, and then we came up with like, “OK, this might be too much.”

So how long could he hold that helicopter chain?

[Laugh] I think we have just the right amount in the movie. How about that?

Fair enough. What set piece changed the most from the start to where it ended up on-screen?

The set piece with the cars hanging up the helicopter was kind of a last-minute addition. We’d already flown to Hawaii, and we were already three days out from shooting that section of the movie. And what happened was we realized we had some time with the second unit that was there and we had some resources ... and we can potentially make something bigger, and marketing guys were up for it. Chris Morgan had this idea of like what if the brothers are hanging trying to pull the helicopter down. And I like the idea that it was telling the story of the brothers coming together sort of metaphorically, like the family’s reuniting.

So the last minute, stunt department, special effects department and visual effects all had a meeting. And I’m like, “OK, guys.” I’d drawn up some quick sketches. And I’m like, “I know we start shooting tomorrow. But we’re here for a month. I have this big idea.” And normally a sequence like that you’d prep for three months on its own, but I had the right people, and everyone was willing. And we put together the actual, that section of the cars hanging off the helicopter, within a couple weeks, and then we shot it towards the end of that schedule.

Whoa. That’s awesome. What would’ve been there if you didn’t have the cars? Just the ending fight with Idris?

It was really just hooking the helicopter, and then tug of war off the cliff, that’s it. They hook the helicopter, they drive toward the cliff edge and everything sort of tumbles over the edge. That’s kind of what you had. And then you had the fight at the end. You didn’t have the brothers coming together, the reconnecting, the chain of cars, the dangling over the cliff, that was all added basically three days out.

Honestly, I have years of production experience and I would have never offered it up if I didn’t think we have the resources to make it happen. And we have the right people with the right sensibility. We had the time, and it just makes sense. Can we push the level and make that sort of iconic “Fast” moment?

As far as another scene that changed, The Rock said he originally was going to bite someone’s eye out during the fight at Samoa. Is that true?

He did. He really wanted to bite the guy’s cheek. He’s like, “I want to bite his face, rip his cheek off and spit it out.” I’m like, we can do that, not for real, we can do that in movie magic. But I was always like, “I don’t think we’re gonna get the PG-13 rating on that, buddy.” So he knew that, but I also think he was so fired up to fight, in that sort of “Braveheart”-like passion, embracing his culture that way like a Samoan warrior. He was just amped up. And we did some great stuff. And so he wanted to try some things. And obviously, that couldn’t make the PG-13 cut. A lot of bludgeoning.

How’d the cameos work out with Ryan Reynolds and Kevin Hart?

It was sort of my intention to take the tone of the “Fast” world to a different place. So especially because Hobbs and Shaw are known for their comedy and their banter, I wanted to make sure that that tone was sort of like sprinkled throughout the movie in the other characters that will come onboard. So getting Ryan to show up and play the Locke character was a big deal for me. I reached out, I asked him, “Hey, man, there’s a simple exposition scene, you kind of send Hobbs and Shaw on the journey, sort of a classic setup. Would you be interested?” He’s like, “Absolutely.” Then I sent him the pages. And he does what Ryan does best. He put it all in Locke’s voice and he created a bunch of jokes and there’s a ton on the cutting room floor. There’s just so much good stuff when Ryan shows up that a lot of it, you can’t even use it all.

In terms of Kevin, again, having him available to help with the tone of this movie was so amazing. And like, he’s friends with Dwayne. They were working it out,  how are we gonna wrap him into this movie and found a great role. He’s sort of like the Leo Getz of our world. And it’s perfect for him. And it gives us the promise that maybe Kevin comes back in this universe in the future. Fingers crossed.

The movie, when we screened the premiere in LA, and the incident happened with the exploding seat or whatever, the print was still wet.

[At the “Hobbs & Shaw” premiere in LA, water spilled on an electrical outlet creating sparks and causing attendees to flee the theater.]

The Rock and Ryan Reynolds had great chemistry together. What about a Dwayne Johnson cameo in “Deadpool 3”?

I love it. They do have great chemistry for sure. I think putting those guys together in anything is a good idea.

An appearance by another star, Keanu Reeves, didn’t work out. I know you’ve talked about this rumor before, but if it had worked out, what would he have done in the movie?

We still didn’t have the script locked down when we first talked to him, and we were talking about him playing a villain, and then as we pushed on later there were other opportunities for different roles. And, anytime I could get to work with Keanu would be great. So, we didn’t have anything super locked down in terms of what we could be. We just really wanted to just have a conversation with him. And so even when we got to the late stages, and I was able to show him pieces of the movie, we wanted it to be a conversation, but at the end of the day it just became ... he was good in the sense that there are so many things that we were already dealing with in terms of stories to tell and cameos we had that it didn’t seem like the right time. 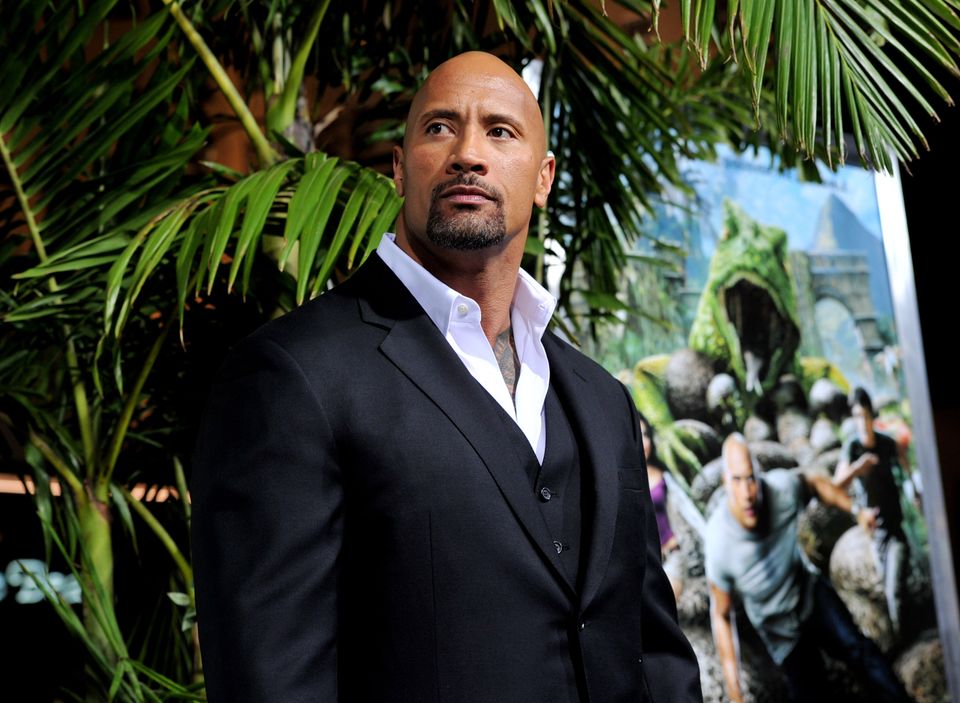