(Reuters) - Hobby Lobby's Steve Green hopes his planned $800 million Museum of the Bible in Washington and its priceless collection can satisfy both scholars and casual visitors.

But with Hobby Lobby a household word after the craft store chain's contentious victory in a Supreme Court ruling over contraception, scholars and analysts worry that despite its vast holdings the museum will give a narrow interpretation of one of the most influential and debated books in history.

The museum's goal is to attract visitors ranging from politicians to experts drawn by its fragments of Dead Sea Scrolls and cuneiform tablets, to those with little knowledge of the Bible, Green said in an interview.

"From the person that knows nothing to the highly scholarly visitor, I think we will have something for everyone," said Green, a Southern Baptist and chairman of the museum's board.

Asked what he would do if researchers delving into the collection discovered something about the Bible that went against his beliefs, he said: "I want to know what it is. It claims to be God's word, and if it's not I want to know that."

Construction of the eight-story, 430,000-square-foot (38,700-square-meter) Museum of the Bible is set to start this fall three blocks from the U.S. Capitol. Opening is scheduled for 2017.

The Green Collection groups more than 40,000 items and is one of the world's biggest agglomerations of rare biblical texts and artifacts. The high-tech museum will be in the restored and adapted Washington Design Center, a former refrigeration warehouse, with plans for a floor-to-ceiling interactive media wall and a "Drive Through History," described as a "high-definition sensory ride offering dynamic encounters with great people, places and events that changed the world."

Purchased in less than five years, the collection includes such artifacts as the earliest known form of a Jewish prayer book, first editions of the King James Bible, and several previously unpublished New Testament fragments on papyrus.

Scholars are concerned that the museum will feature only a Protestant interpretation of the Bible in its areas devoted to the book's impact and narrative.

Scholars had vastly different interpretations of everything in the Bible, said John Kutsko, executive director of the Society of Biblical Literature in Atlanta. There are different versions of the text used in Jewish, Protestant, Catholic and Orthodox services, as well as secular versions, he noted.

"What we hope it can accomplish in name, in purpose and in plan, is that it is a Museum of the Bibles, plural," Kutsko said.

"In terms of sheer numbers, it's massive," he said of the collection.

Hobby Lobby and the Green family drew headlines in June when the Supreme Court ruled that the Oklahoma-based craft store chain and Conestoga Wood Specialties of Pennsylvania could refuse to cover contraceptives in their employees' health insurance due to the religious beliefs of their owners.

Green had originally planned his museum for Dallas, but set his sights on Washington after a survey of the 10 biggest U.S. metropolitan areas showed a museum there would draw the biggest crowds.

About 400 artifacts have been in a traveling display called "Passages," now in Springfield, Missouri. The exhibit includes a "special Noah's Ark experience" for children and holograms and video screens that re-enact historical scenes related to the Bible, according to the show's website.

Rachel Lindsey, associate director of the John C. Danforth Center on Religion and Politics at Washington University in St. Louis, called "Passages" "absolutely Protestant" in its view of the Bible's accessibility and openness to interpretation.

But she said the Museum of the Bible could open up discussion about how the text has been adopted over the centuries by a wide range of people and movements.

"There's an opportunity for the museum to really expose the multiplicity of the Bible in American history," Lindsey said. 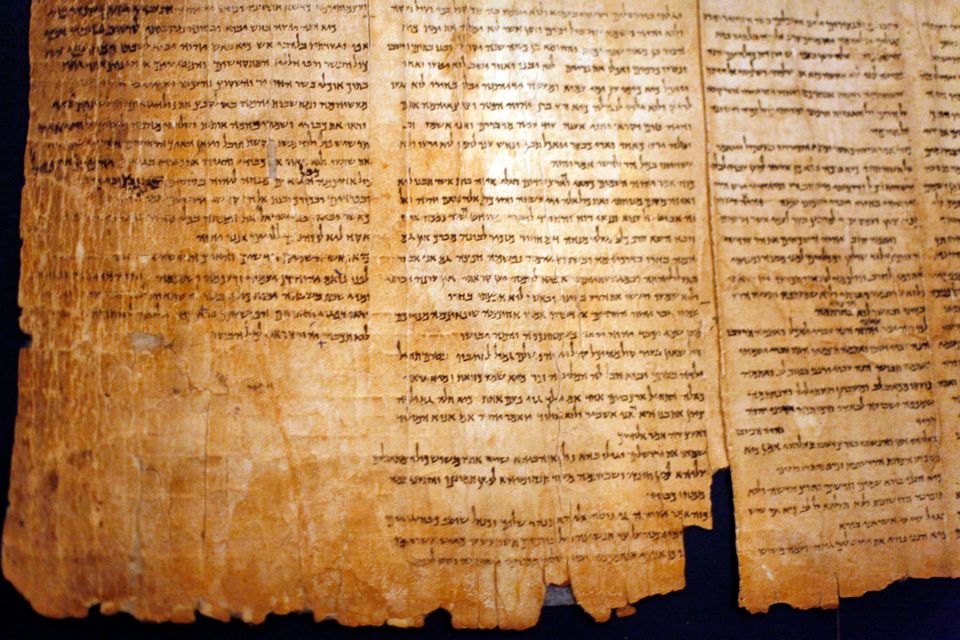 1 / 20
A part of the Isaiah Scroll, one of the Dead Sea Scrolls, is seen inside the vault of the Shrine of the Book building at the Israel Museum on September, 26, 2011. in Jerusalem, Israel. For the first time some of the Dead Sea Scrolls are available online thanks to a partnership between Google and Israel’s national museum. (Photo by Lior Mizrahi/Getty Images)
Getty Images