Jim Tully is a writer whose reputation is on the rise.

Over the last few years, this once famous "Hobo author" has been celebrated with the publication of a definitive biography, a string of newspaper and magazine articles, reissues of his out-of-print bestsellers, screenings of movies based on his books, and the recent DVD release of Beggars of Life (1928), an acclaimed silent film based on Tully's best known work.

In 2012 there was "Tullyfest", a series of exhibits, lectures, talks, screenings, and walking tours held in-and-around Hollywood, the author's one-time home. The event, which marked the 100th anniversary of Tully's arrival in Los Angeles, also saw the publication of The Dozen and One: A Field Guide to the Books of Jim Tully.

Now comes Road Kid to Writer - The Tracks of Jim Tully, a new documentary by Mark Wade Stone and StoryWorks.TV which airs February 15th on PBS in Ohio. At 50 minutes, it packs a punch, and should go a long way toward reestablishing the author as one of the significant American personalities of the 1920's.

As this new documentary shows, Jim Tully (1886-1947) was a larger-than-life character: stocky, short, and with a tussle of red hair, this rough and tumble writer was hard to miss either in person or on the printed page.

The son of an impoverished Irish immigrant ditch-digger, Tully fled the orphanage where he had been placed following the death of his mother and spent most of his teenage years in the company of the American underclass. Drifting across the country as a "road kid," Tully rode the rails, sleeping in hobo camps, begging meals at back doors, and haunting public libraries wherever he went. It was a hardscrabble life.

Weary of wandering after six years, Tully jumped off a railroad car in Ohio with dreams of becoming a writer. He published a few poems, and supported himself working as a newspaper reporter, professional boxer, chain maker, and tree surgeon. These early experiences would shape his future books.

Tully moved to Hollywood in 1912, and there started work on his first work, Emmett Lawler. (Originally composed as a single paragraph 100,000 word novel--it took a decade to complete). Tully also fell in with a crowd of artistically inclined up-and-comers. His growing circle of friends included the likes of Lon Chaney, Tom Mix, Erich von Stroheim, Boris Karloff, and others. Another early friend was director Paul Bern, who insisted Tully meet another "little tramp" by the name of Charlie Chaplin. Tully went to work for Chaplin as ghostwriter and creative factotum.

After a year-and-a-half in Chaplin's employ, Tully began to turn-out a stream of critically acclaimed books about his road years, including Beggars of Life (a major bestseller), Circus Parade, Blood on the Moon, Shadows of Men, and Shanty Irish. Tully was quickly established as a major American author, and he used his status to launch a parallel career as a Hollywood journalist, writing for Vanity Fair, Photoplay and other leading magazines. Much as his gritty books shocked readers, his truth-be-told magazine articles on the movies rocked Hollywood. One, about matinee idol John Gilbert, even led to a headline-making fistfight.

While some of Tully's more gritty books ran afoul of the censors (one was banned in Boston), they also garnered critical acclaim and considerable commercial success. A couple were filmed, and a couple were turned into successful stage plays. H.L. Mencken, his editor at The American Mercury, was a longtime champion. Screenwriter Rupert Hughes, another promoter of Tully's work, wrote that this singular author had "fathered the school of hard-boiled writing so zealously cultivated by Ernest Hemingway and lesser luminaries."

In January, Grapevine Video released Beggars of Life (1928), a new digital transfer of the acclaimed silent film. Directed by William Wellman following his work on Wings (the first film to win an Academy Award), this new version looks good, and is a big improvement on previously available VHS, DVD, and online versions of the movie.

Besides the Tully and Wellman connections, Beggars of Life is worth watching as the best surviving American film starring the legendary actress Louise Brooks. On May 4th, Film Forum in New York City is set to screen Beggars of Life, with actor William Wellman Jr., author of a forthcoming biography of his father, Wild Bill Wellman: Hollywood Rebel (Pantheon), providing the introduction.

Road Kid to Writer - The Tracks of Jim Tully premieres on Western Reserve PBS (WNEO Channel 45.1 / WEAO Channel 49.1) on Sunday, February 15 at 7 p.m. Additional airdates can be found at westernreservepublicmedia.org/schedule.htm

Thomas Gladysz is an arts journalist and the Director of the Louise Brooks Society, an online archive and international fan club devoted to the silent film star. Gladysz has curated exhibits, contributed to books, appeared on television, and introduced the actress's films around the world. 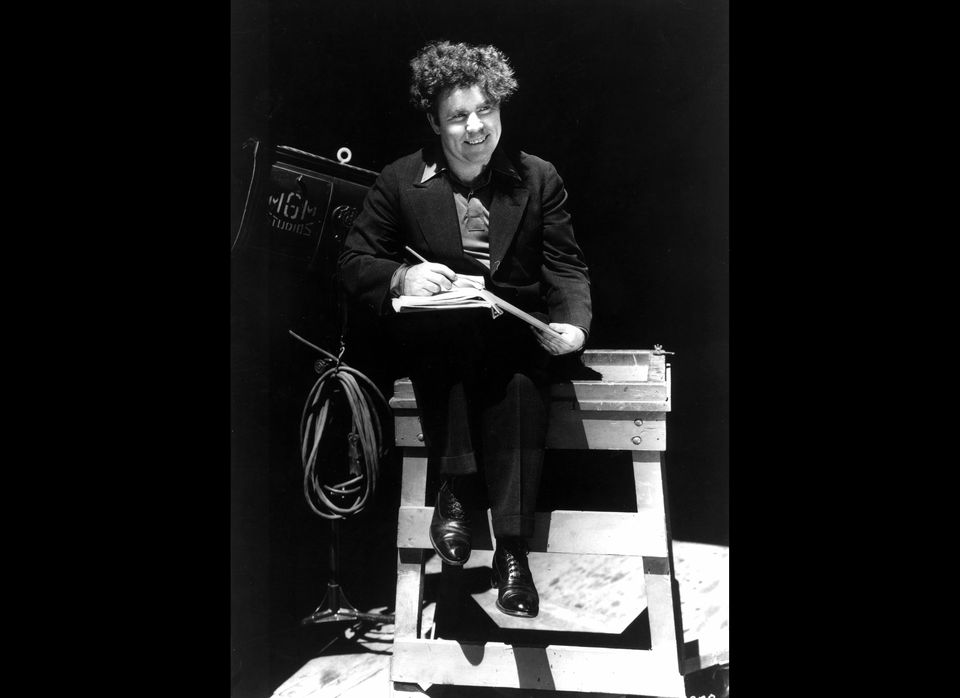