Hokusai, the 18th century Japanese artist, created a dizzying amount of artwork throughout his lifetime. Working primarily in woodblock prints, though partaking in painting and drawing as well, Hokusai created work well into old age, memorably claiming "all he had done before the age of 70 was not worth bothering with."

An exhibition currently at the Grand Palais in Paris spans the six periods in Hokusai’s life, presenting a massive compendium comprised of over 500 works, many of which likely won't make it out of Japan again. The show is divided into two phases to protect the most fragile works, replacing some of the prints with equivalent images part of the way through. 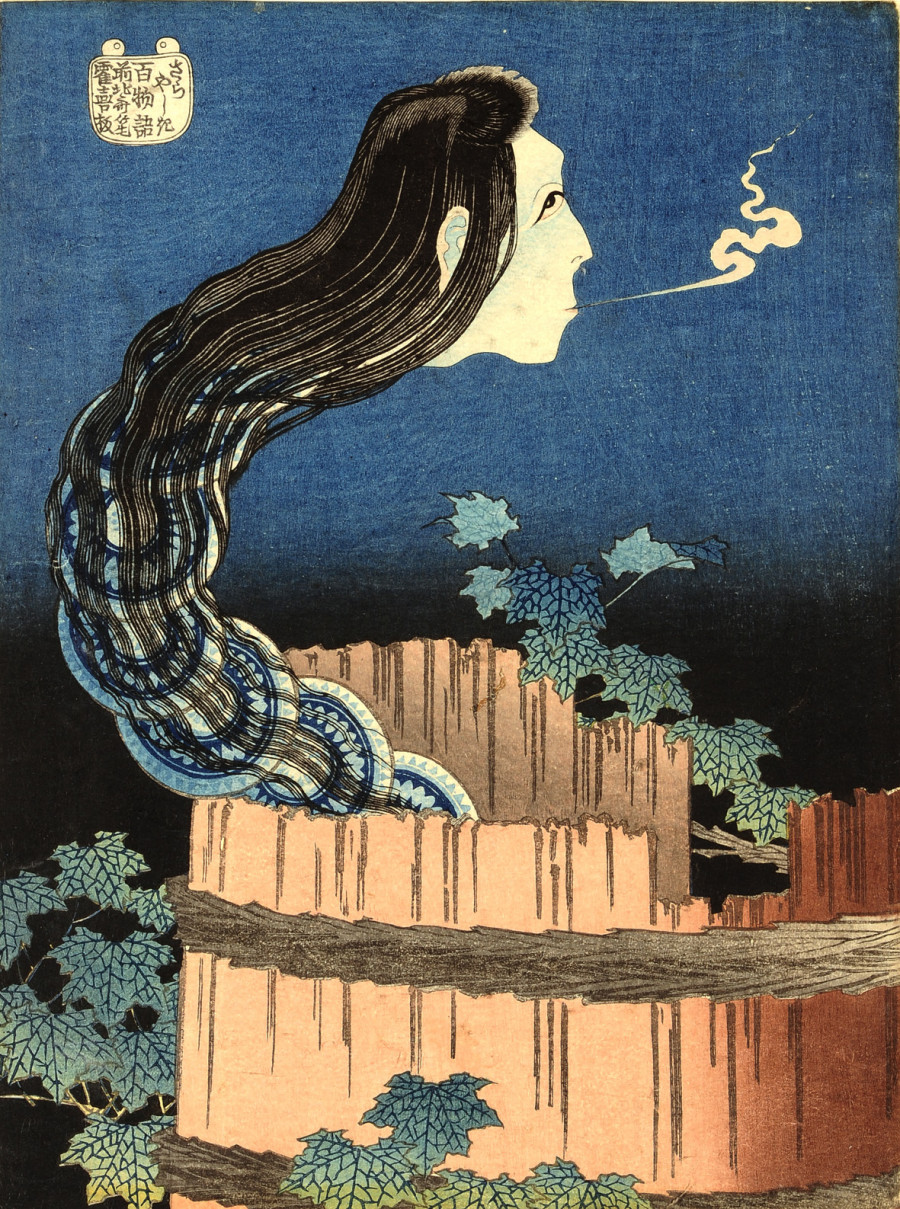 Hokusai, arguably the world's most famous Japanese artist, stood out from his contemporaries for his interest in everyday life. Instead of solely depicting glamorous geishas and heroic samurais, Hokusai rendered everyday workers, fisherman, and other urban scenarios that weren't yet immortalized through art. He also incorporated aspects of European composition into his otherwise traditional Japanese images, yielding advanced hybrids that existed nowhere else in the world.

For those anywhere near Paris, this exhibition is a must. And before you go, check out our brief guide to key terms that will make your visit all the clearer. If you're reading this on the wrong continent, the art vocabulary refresher will hopefully still come in handy.

1. Ukiyo-e is the genre of woodblock prints and paintings popular in Japan from the 1600s to the 1800s. The term comes from the word "ukiyo" which means "floating world," referencing the hedonistic pleasures of the burgeoning merchant class. Also, it's the medium for which Hokusai is best known.

2. The Edo period is the time between 1603 and 1868 in Japanese history, marked by economic growth and a new interest in art, culture, sex and more decadent pleasure. 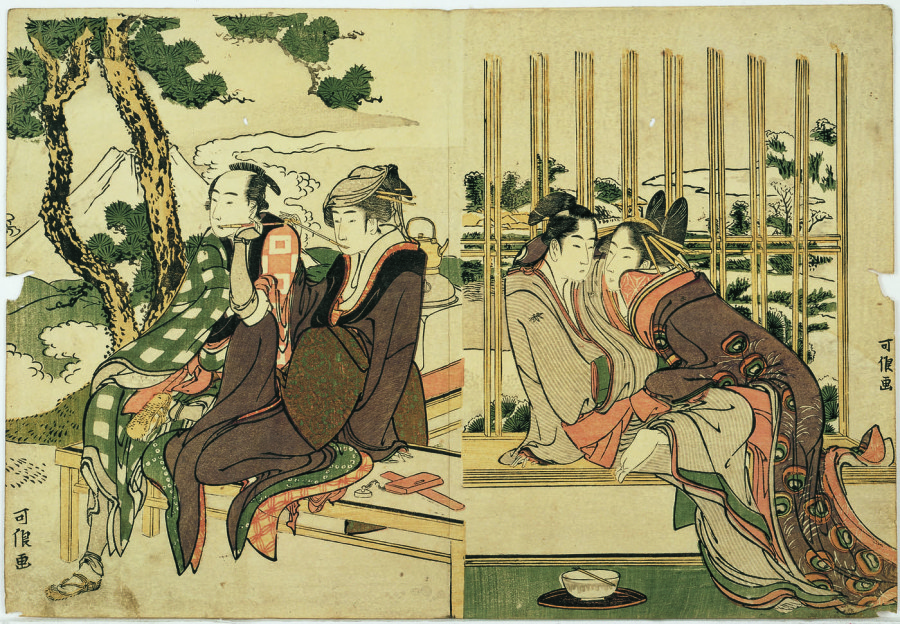 3. Shunrō is the first of Hokusai's alternate names. Hokusai frequently changed his name, and such a shift was often associated with a rupture in style.

4. Shunga literally means "picture of spring," and "spring" is Japanese slang for sex. Thus, shunga are those naughty prints that playfully depict doing the dirty, sometimes with an octopus involved. Although the works were often extremely graphic, they were enjoyed by virtually all social groups and created by the most respected of artists, including Hokusai. 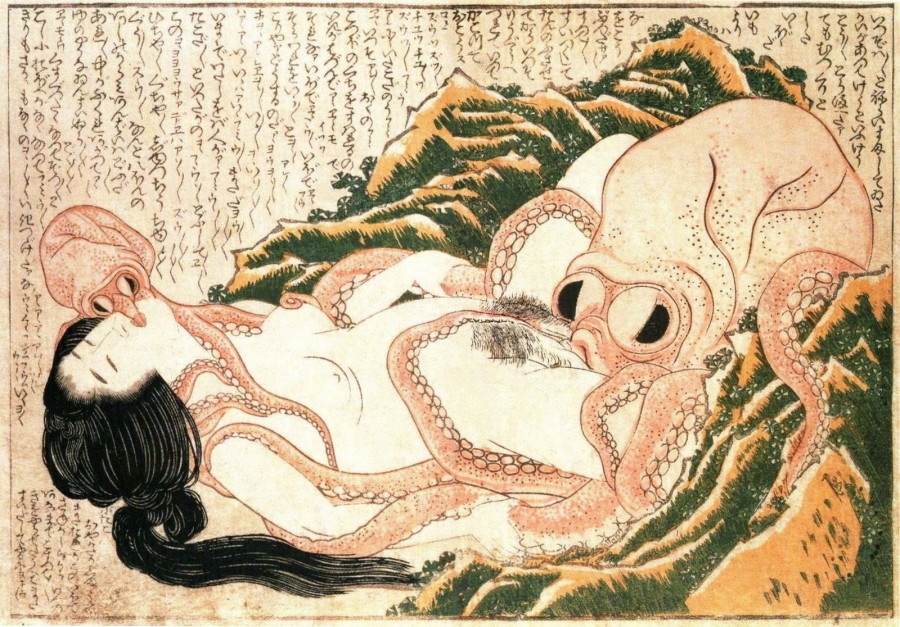 The Dream of the Fisherman's Wife

5. Kabuki actors partake in a stylized, Japanese dance-drama in extreme makeup -- the word is often interpreted as "avant-garde." Kabuki actors were the subject of Hokusai's first series of prints, which he created in 1779.

6. Surimono, literally translating to "printed thing," is another type of Japanese woodblock print. Unlike ukiyo-e prints, which aimed for mass readership, surimono were privately published and rarely sold to the public. This often allowed Surimono to be more experimental than their more populist counterparts. 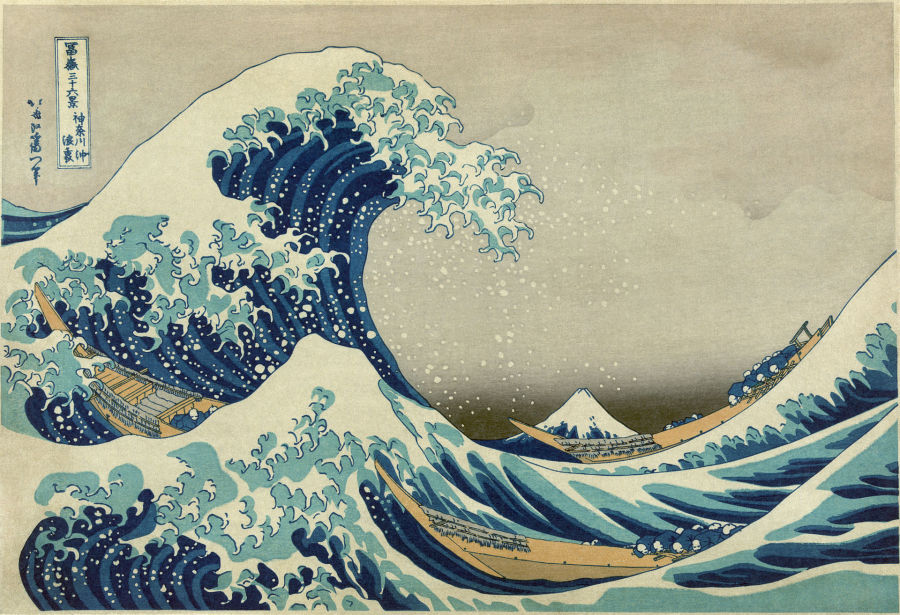 The Great Wave off Kanagawa

7. Mount Fuji is a strangely symmetrical mountain, which happens to be the highest in Japan. Over the years it has inspired many artists and poets, including Hokusai who, at 66 years old, embarked on an ukiyo-e series "Thirty-six Views of Mount Fuji," for which he is best known. This series includes Hokusai's most famed print, "The Great Wave off Kanagawa."

8. Hokusai Manga is a collection of around 4,000 sketches made by Hokusai, depicting everything from plants to landscapes to supernatural visions. The series, defined by Hokusai as "Brush gone wild," has no relation to the Japanese comic form going by the same name. 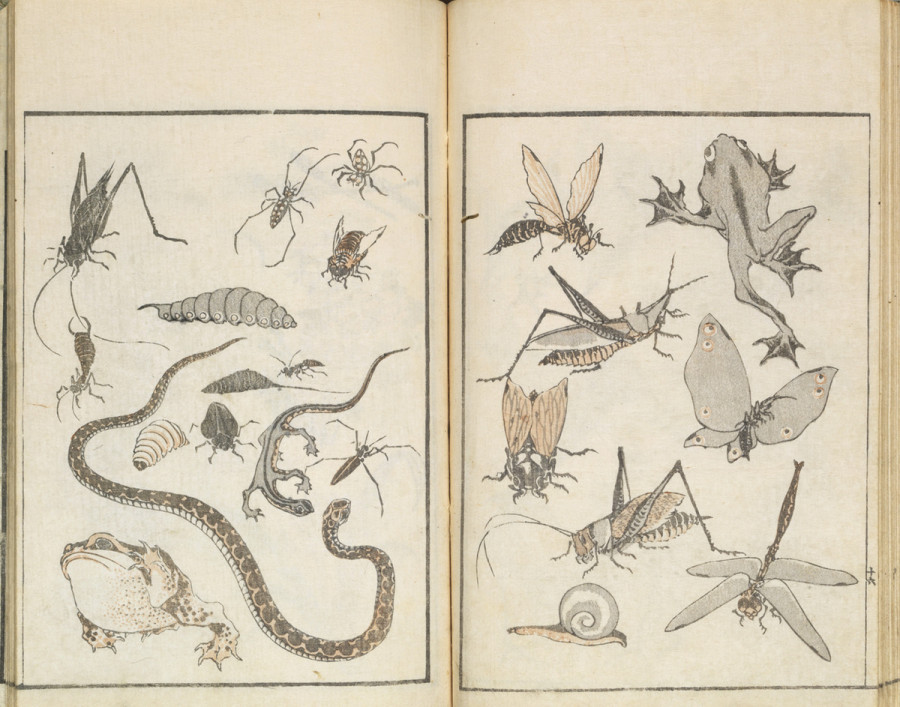 9. Japonism references the lasting effect Hokusai had on later generations of Western artists. First named in 1872, Japonism is a style inspired by ukiyo-e woodblock prints' vivid colors, lack of perspective and compositional experimentation. Artists including Vincent van Gogh, Claude Monet, Paul Gauguin and many more incorporated these elements into their Impressionism-era works.

Hokusai continues at the Grand Palais through January 18, 2015. See a preview below.