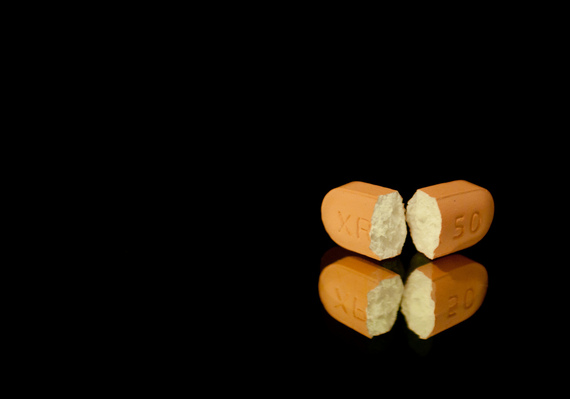 Since early September, we've seen five major pharmaceutical companies in the news for not disclosing known risks of certain drugs. Here's snapshot of the most recent legal action pertaining to Big Pharma:

These cases aren't anomalies. In 2012, Bayer paid $110 million to settle allegations that some consumers experienced fatal blood clots when using the oral contraceptive Yasmin. In 2010, makers of diabetes drug Avandia agreed to pay $460 million to settle 10,000 lawsuits whose plaintiffs claimed the company hid its heart attack risks. In 2008, the manufacturer of the painkiller Vioxx paid out $4.85 billion to settle 50,000 claims that users suffered heart attacks and strokes.

Yet these drugs each racked up billions in sales. The persistence of Big Pharma's fraud despite ubiquitous legal action suggests that our present efforts to hold the industry accountable are ineffective.

1. Because lawsuits often end in settlement

Phoenix personal injury lawyer Jeffrey Phillips explained, "I represent dozens of plaintiffs in actions against pharmaceutical companies, but 99 percent of these cases settle." That's usually good news for individuals -- who can avoid expensive trials, collect their damages and hopefully resume their lives -- but it's bad news for changing the way Big Pharma does business.

Settlements silence: By avoiding the publicity of trials, Big Pharma buries facts that could harm their reputation and cut profits. As long as earnings far outweigh the sum of settlement fines, pharmaceutical companies will continue to regard such payments as merely "the cost of doing business".

Settlement may not even be an option for many of those injured.

Through a series of rulings from 2011 to 2013, the U.S. Supreme Court exempted generic drug makers from state-law liability for both design-defect based damages and for inadequate or fraudulent labeling. Separate statutes assert that the original brand name manufacturer cannot be held liable for damages sought by users of generics.

Thus all U.S. generic drugs -- which compose 80 percent of the market -- are exempt from liability for side effects. Consumers of generic drugs are, therefore, without restitution rights for injuries suffered.

3. Because FDA policies prioritize innovation over safety and sense

Since the 1990s, Congress has implemented four programs to expedite the approval process for new, exceptional pharmaceuticals. These pathways were created to push innovative, life-saving drugs for rare conditions through the FDA more quickly using preliminary, substandard research.

In 2014, 46 percent of new drugs that hit the market received expedited approval. The F.D.A is now the fastest regulatory agency in the world for new drugs, approving 96 percent of all never-before-marketed pharmaceuticals.

Innovation sounds good -- except when it means cutting corners during research and a surplus of nearly identical drugs.

Two new studies by researchers from Brigham and Women's Hospital and Harvard Medical School found that, while more drugs are indeed getting to market, the percentage of truly innovative products has decreased. Other studies have similarly found that, since the mid-1990s, roughly "85 to 90 percent of new drugs don't offer any clinical advantages for users".

As latent exposed side effects of novel drugs fill the news, we have to wonder if approving half of them based on shoddy evidence serves our health.

New polices in motion will make potentially unsafe drugs even easier to bring to market and promote.

In July, the House passed the 21st Century Cures Act, backed by Big Pharma, by a 344-77 vote. According to Vox, critics argue that its language could "weaken the quality of evidence the FDA uses to evaluate new drugs and devices, making it easier for companies to bring substandard or dangerous medicines and medical devices to patients." "The 19th Century Frauds Act", as Harvard professor Daniel Carpenter calls parts of it, enables: device companies to use anecdotes as valid, sufficient scientific evidence that a medical device works; drug companies to submit animal studies in lieu of clinical -- human -- trials to prove antibiotics' efficacy and safety; and doctors to be paid by pharmaceutical companies for certain incentives without disclosing them.

With new FDA commissioner Dr. Robert M. Califf, who has "deeper ties to the pharmaceutical industry than any F.D.A. commissioner in recent memory", we risk making the FDA a puppet for Big Pharma.

If companies can boost their drugs without the same degree of regulatory scrutiny, and if doctors in turn push more medicines on their patients, consumers might be left wondering what to believe and whom to trust.

And, if we've learned anything from decades of Big Pharma hide-and-seek, it's that what we don't know hurts us.

*An earlier version of this post ​included the antidepressant Zoloft in recent legal action for allegations of concealed birth defects. Pfizer representatives since notified the author that Zoloft has won its first three trials, with more to take place in 2016, so it has been excluded from this list.