With the Oscars 2016 around the corner and the promise of more diversity by the year 2020 including women behind and in front of the camera, a change that was long overdue and finally is being challenged, there is still a need of more conversation about it.

Because this adjustment will also be particularly important for us Latinas -- if there is a lack of female representation in Hollywood, it is worse if we speak about Latinas. When we are cast in movies in the year 2016, we are still being stereotyped in the roles of maids, narco girlfriends, prostitutes, bimbos or the Glorias of the Modern Family like my talented friend Sofia Vergara.

Why is this? All they have to do is step out and really see who we are now. Despite the fact that Latin women play a big role in the box office and we are the CEOs of our homes, our stories are not being told or reflected on the big screen. I think Hollywood is not going to offer my daughter a role model on whom she can feel proud and really see herself. This is why I want to tell stories about Latina heroines who are strong, smart, beautiful and independent.

But the process has been hard and a very difficult one. I want to share my experience because I truly believe this will give an insight to many about the difficult journey it is for women to bring a film project to the screen and even more if you are a Latina. Despite the fact that I am part of a family who has been very involved in the entertainment industry, my handsome cousin is Kuno Becker, my other cousin is charismatic TV host Marco Regil and my sister is famous Mexican soap opera star Monika Sanchez. 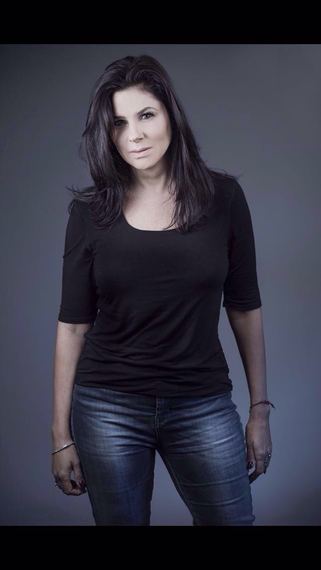 I am also the daughter of renowned Mexican writer Fernando Sanchez Mayans and I have worked for many years in the Latin entertainment industry. This has given me access to more key people from the industry, film distributors and some financiers. 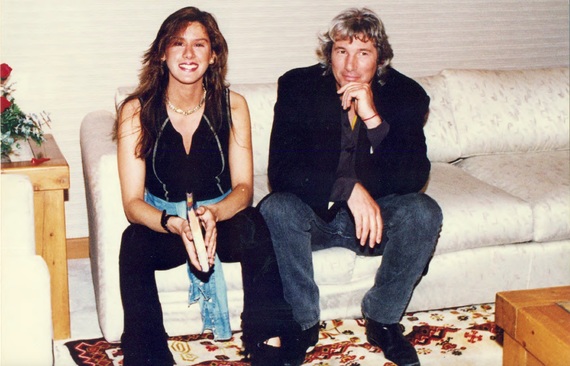 With my dear friend Richard Gere

Even though all of it and having two great film projects in development for which I've dedicated almost five years of my life for one of them, between meetings, presentations, phone calls, emails, spending my own savings to fly here and there, hotels, no salary, hearing all kind of crazy and even sexual proposals I have not been able to bring this projects to life yet. My strongest supporter has been my mother who is seventy four years of age and all she wants is to see one of my films on the big screen and for me to finally accomplish my long time dream of "making movies." I really hope I can make her proud soon.

Among the many excuses I've heard I've narrowed them down to the most constant ones: "you are woman, a mom, too risky, it has to come from an agent, unsolicited materials are not accepted, what kind of guarantees do I have with you, no experience". Well hey!! Even with my many years of experience in the industry, having study film making, numerous screenwriting seminars, knowing all the technical aspects of movie production, they are still not confident that I can do the "job". When I look into their eyes I can see it!! I see the doubt and concerns and I know is written all over me that I am just a "woman" trying to raise money to make films because the studios won't give me that opportunity. Even some times my own friends have the doubt and I feel it is because again they see a "woman". It's funny because I said to one of my girlfriends a few months back, how do I do it and she rapidly answer, "you should have married a rich guy, I think it is the only way, how else?"

I will continue using this platform to document and share my journey on bringing to life as a Latina female producer the film project "Dressed In Sugar," an incredible story about a Mexican-American heroine writer who visits her mother during an important Mexican celebration "The Day Of The Dead." I can tell you is going to be a beautiful movie and we have recently attached famous Mexican Oscar-nominated actress Adriana Barraza to play the role of the mother.

Hopefully the insight to my journey will open also doors and quicker to many other women Latin or not Latin who just want to "make movies."