While it looks and sounds worrying, there’s nothing to fear here.

A massive new “hole in the sun," or a big patch of black in the corona, was spotted on Monday by NASA’s Solar Dynamics Observatory.

But as Tom Yulsman of Discover’s ImaGeo blog notes, these holes appear from time to time.

A coronal hole is a place where where the sun’s magnetic field opens out into interplanetary space, allowing hot material from the corona to speed outward. As a result, these areas have very little hot plasma compared to their hotter, brighter surroundings. So they appear much darker.

Yulsman also uploaded a snazzy animation to YouTube, above, which shows SDO images of the hole in sequence.

Here’s one of the new images released by NASA:

NASA says these coronal holes can appear for weeks or even months at a time, and can take up as much as a quarter of the sun’s surface.

While a hole in the sun is nothing to be too alarmed over, it can lead to problems here on Earth: Solar winds released from the corona can form solar storms, which can disrupt satellite and radio communication systems.

On the other hand, they can also produce some pretty stunning auroras.

Don't Panic, But A Giant Hole Just Formed In The Sun
Spectacular Photos Of The Sun 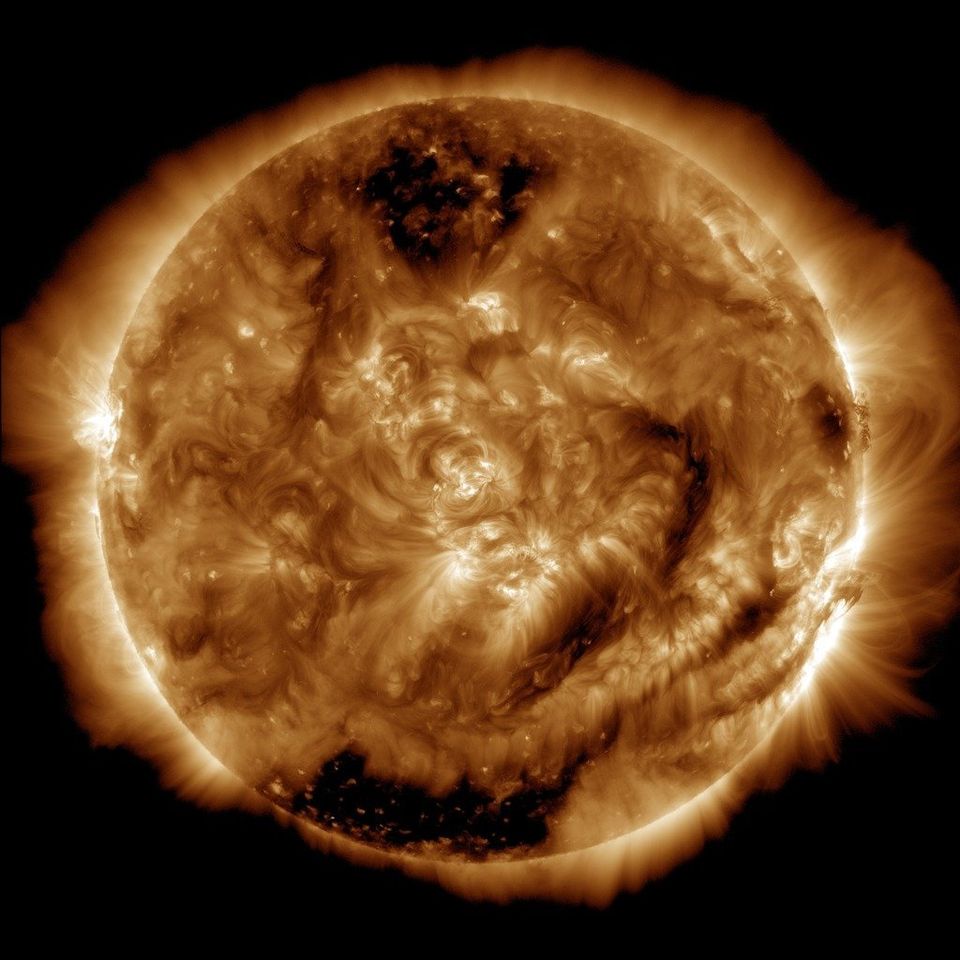