Holi (also known as Dol Jatra, Basantotsav) is the Hindu festival of colors. It is celebrated at the end of the winter season, on the last full moon day of the lunar month Phalguna. In 2015, Holi will begin on March 6.

The celebration of Holi is recounted in Hindu sacred texts and stories that have passed from generation to generation. Holi commemorates the miraculous story of Prahlada, a young boy and a devoted follower of the Hindu god Vishnu.

According to Hindu texts, Prahlada was born to Hiranyakashipu, the king of demons. Unable to tolerate Prahlada's devotion to Lord Vishnu, Hiranyakashipu attempted to kill his son several times by poisoning him and throwing him from the top of a mountain but failed each time. Finally, he ordered his son to sit on a pyre on the lap of his demoness sister, Holika, who was protected from fire burning her. Prahlada accepted his father's command and survived unharmed from the fire while Holika burned to death.

The burning of Holika gave rise to the tradition of lighting bonfires on Holi eve. Holi also celebrates the immortal love of the divine couple, Radha and Krishna. And Holi immortalizes the story of Kama, the Hindu god of love, his incineration to death by Lord Shiva, restoration and his love and sacrifice for all. These are three of the most popular stories, and as with most Hindu festivals, the stories vary slightly in different parts of India. 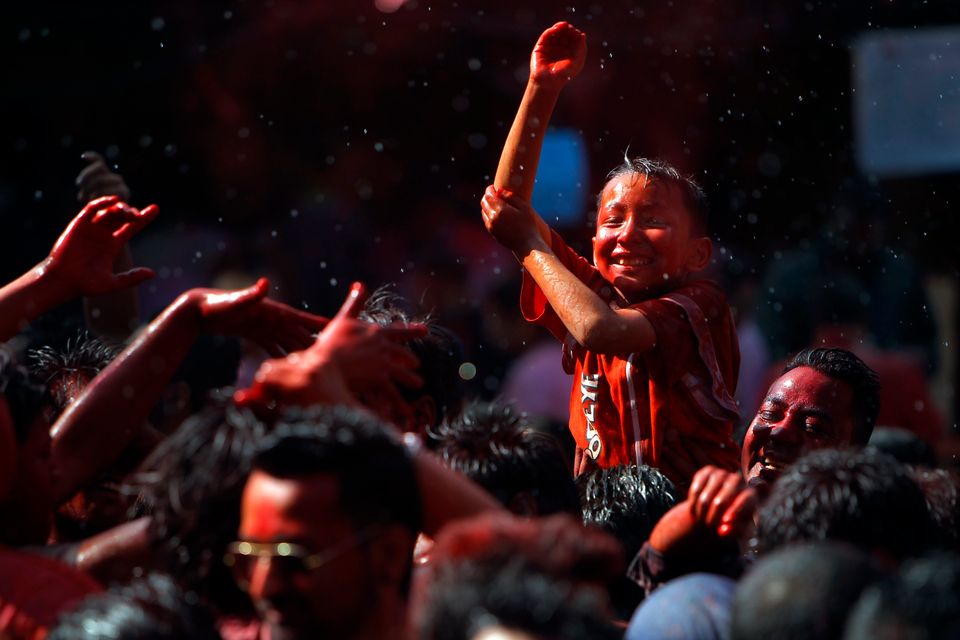