This amazing video shot by filmmaker Devin Graham and his friends documents color-covered goings on at this year's Holi Festival in front of the Krishna Temple in Spanish Fork, Utah.

The Hindu festival of Holi has various legends attached to it, according to HoliFestival.org.

"...people light a bonfire, called Holika on the eve of Holi festival and celebrate the victory of good over evil and also the triumph of devotion to god," the site explains.

Color, as can be seen from the video above, play a crucial role in the festivities, the site says.

"Bright colours of gulal and abeer fill the air and people take turns in pouring colour water over each other."

The video is enough to make you want to book your ticket for Salt Lake City in 2013.

Click through the slideshow to see colorful photos from Holi celebrations:

PHOTO GALLERY
Holi
Download
Calling all HuffPost superfans!
Sign up for membership to become a founding member and help shape HuffPost's next chapter
Join HuffPost
Voting Made Easy
Register to vote and apply for an absentee ballot today
Register now 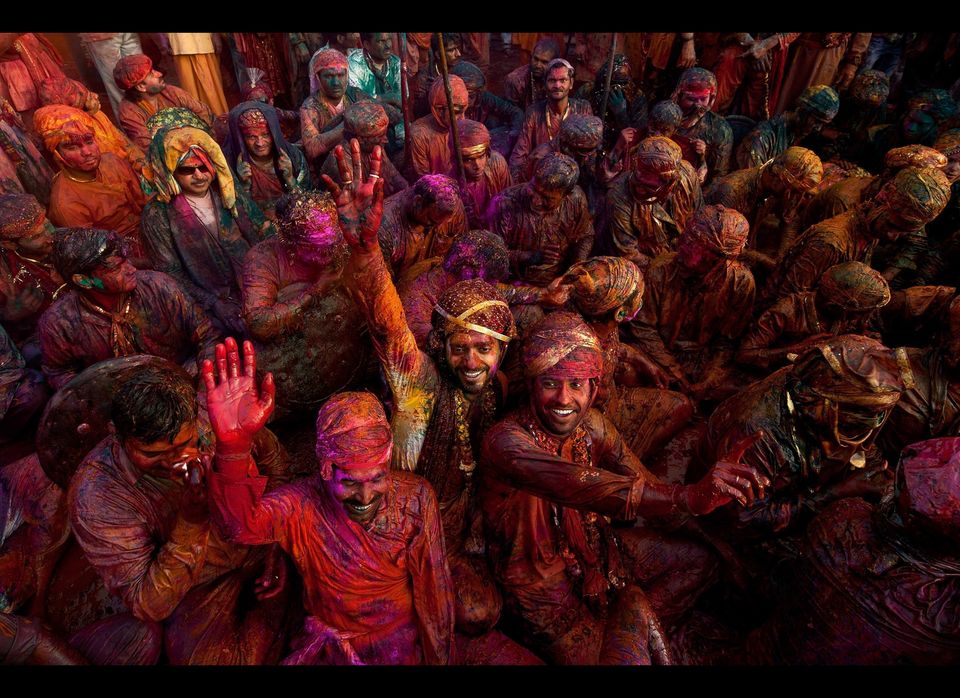 1 / 13
Holi
Indian villagers smear themselves with colours during the Lathmar Holi festival at the Nandji Temple in Nandgaon, some 120 kms from New Delhi, on March 3, 2012. The women of Nandgaon, the hometown of Hindu God Krishna, attack the men from Barsana, the legendary hometown of Radha, consort of Hindu God Krishna, with wooden sticks in response to their efforts to put color on them, reciprocating acts performed yesterday in Barsana between the women of that village with the men of Nandgaon as they observe the Lathmar Holi festival. AFP PHOTO/ Manan VATSYAYANA
Getty