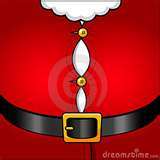 Are you on track with your holiday nutrition? Take my Holiday Dieting Survival Quiz to see if you will end up maintaining your weight through the end of the year:

1. Your aunt Martha serves the world's most decadent peanut butter chocolate fudge. She also serves it up with a side order of guilt. She's a Food Pusher. If you don't eat one, you don't love her. What should you do?

a). Compliment her profusely and gush about how mouth-watering they always are and surreptitiously set the tray on the coffee table where the four toddlers are playing. Act innocent a few moments later when they've all mysteriously disappeared.

b) Take the smallest piece of fudge. Tell her that you are participating in a research study that requires you to chew each bite 40 times. Sit down and enjoy it.

c) Start with a half of one. Then eat the other half 10 minutes later. Then, in increasing shorter time intervals continue to polish off the entire tray. Whatever.

2. Your Hated Sister-In-Law has sent the ten pound jar of peanuts that she knows you love but can't resist. Luckily, she's not coming to visit this year. You can either:

a) Write her a formal yet distant thank you card and throw the #$%@! nuts in the garbage.

b) Call her to say thanks and mean it. Then take it in to the office for the guys to share.

c) Vow to leave the jar unopened, even though you've tried that before with no success, then put it on the counter in plain sight so that every time you enter the kitchen to see what you're gonna eat next, it's there waiting for you. Then late one night, eat the entire jar. Don't forget the thank you card.

3. Your husband's boss expects to join you to toast the holidays at his house every Christmas. Everyone is obligated to drink his eggnog which is his Grandfather's doube-the-whiskey recipe. No bonuses for anyone who does not imbibe. Do you:

a) Accidentally spill your serving on the kitchen floor and sigh dramatically when the dog licks it up.

b) Take a few small sips, as you loudly mention your recently discovered dairy intolerance which results in horrific gas.

c) Drink it all, slug down a second and third, telling yourself it's for the bonus but you accidentally throw up on their new white couch, which might actually affect the bonus as well.

4. You're invited to the annual office cookie exchange. Every office has a cookie pushed and she happens to sit in the cubicle next to you. You overhear her telling everyone that she bets you won't even try one because you're a lettuce eater. Do you:

a) Run crying from your cubicle, lodge a claim of caloric discrimination, file a lawsuit against your company for millions of dollars, getting fired in the meantime but end up buying a private island off the coast of Bermuda.

b) Take one cookie, nod and smile, and say that you want to leave some for everybody else.

c) In order to avoid hurting her feelings and to get her to like you more you have one of each kind, stuffing a few in the pockets, saying they are for your kids. Eat them in your cubicle when no one's looking..

4 Points: You are manipulative, melodramatic, and/or unbalanced. I like you.

5-8 Points: You are a reasonably well adjusted person who might gain a few pounds,this season but otherwise You'll make it through the holidays fairly unharmed-meaning you won't be disinherited by your relatives.

9 or More Points: You're a goner, but at least you're relishing the journey. Don't step foot on the scale or look in the mirror until February.