It turns out that there's a whole network in our brains devoted to the Christmas spirit.

Scientists at the University of Copenhagen in Denmark accidentally found evidence of the network when they were conducting migraine research and noticed that several regions of the brain activate when healthy people view warm and fuzzy Christmas-themed photos. They published their finding in the British Medical Journal on Dec. 16.

"We found the findings very interesting," Dr. Bryan Haddock, a medical physicist at the university and a co-author of the study, told The Huffington Post.

The network includes the occipital lobe, which is associated with vision; the primary and premotor cortex, associated with movement; and the bilateral primary somatosensory cortex, associated with the sense of touch. The findings may offer a scientific explanation as to why some people have an Ebenezer Scrooge-like tendency to lack holiday cheer, said Haddock, who has his own family traditions of dancing around the Christmas tree.

He added, however, that it's important to interpret the findings with caution.

"All of these areas are involved in more complex operations that are less understood," he said. The scientists used fMRI technology to pinpoint where brain responses to Christmas imagery occurred, but not necessarily why or how these occurrences took place.

The researchers who looked at the "Christmas spirit network" concluded not only that more research is needed to understand the newfound network, but also that there could be other holiday-related circuits in the brain.

After all, this network is not all that lights up between your ears when you experience Christmas cheer. Scroll down for five other fascinating ways in which your brain may respond to season's greetings.

1. Your brain on giving

Yes, it feels awesome to open your gifts, but a 2006 MRI study showed that when you give charitable gifts, your brain's reward system still responds as if you received something pleasurable yourself. Specifically, the researchers found that the brain's mesolimbic reward system responded to the behavior of giving in the same way that it responded to receiving a monetary reward.

In other words, giving is equally as enjoyable as receiving.

2. Your brain on gratitude

During the holidays, as we spend quality time with family and friends, many of us reflect on how grateful we are for those we love.

A study published in September found that when that reflection happens, our brains may experience enhanced activity in the anterior cingulate cortex and the medial prefrontal cortex. These areas have been linked to emotional processing, social interactions and moral judgment.

"There has not been much attention given to the emotion of gratitude, and yet it is extremely important in social behavior," Dr. Antonio Damasio, the study's senior author and a professor of psychology and neurology at the University of Southern California, said in a statement. "Gratitude rewards generosity and maintains the cycle of healthy social behavior."

3. Your brain on stress

Our holidays are not only filled with love and family, but also with the stresses of shopping, traveling and baking.

In fact, a 2008 poll conducted by the American Psychological Association showed that more than 8 out of 10 Americans anticipated feeling stressed during the holidays. Among many other effects, when we experience stress, an enzyme may be triggered to attack a molecule in the hippocampus, which is associated with emotion and memory, according to a 2014 study. This may help explain why we become irritable and sometimes even forgetful when we're anxious. Bah humbug.

4. Your brain on sugar

It's tough to resist sugar plums, eggnog and gingerbread cookies, but when you chow down on holiday treats, the sugary goodness can send a signal from the tongue to the brain's cerebral cortex, which activates the reward system.

Sure, stimulating the brain's reward system now and then may not be problematic. But if the reward system is activated too much and too frequently, that may result in the brain having enhanced responses to and unhealthy cravings for sugar.

5. Your brain on the winter blues

If you tend to get a little blue during the holiday season, don't blame Christmas. Rather, it may be the result of seasonal affective disorder, which is a form of clinical depression that reoccurs seasonally, such as during the fall and winter months.

In 2014, researchers linked the biochemical cause of seasonal depression to higher levels of the serotonin transporter (SERT) protein, which affects mood. 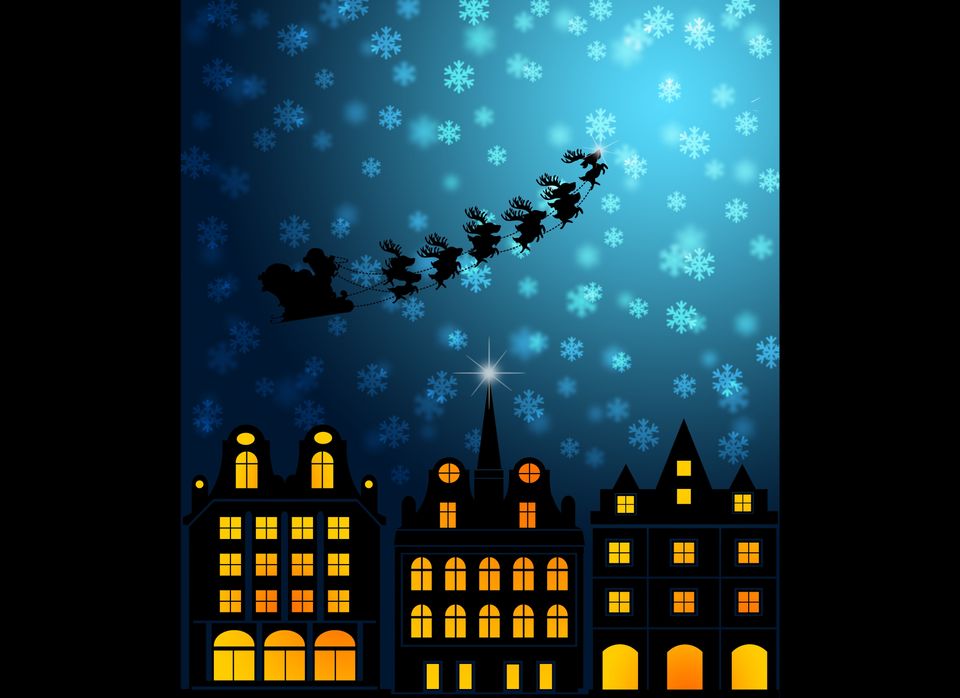 1 / 13
Pulling An All-Nighter
He may know when <em>you</em> are sleeping, but the only way for Santa to get the job done is to stay up all night on December 24 -- and that can lead to some serious health concerns. Studies have suggested that <a href="http://thechart.blogs.cnn.com/2011/11/09/driving-drowsy-as-dangerous-as-driving-drunk-studies-show/" target="_hplink">drowsy driving</a> is as dangerous as drunk driving. "You could imagine poor Santa being impaired as someone who is legally drunk," says Michael Decker, Ph.D., an associate professor at Georgia State University and spokesman for the American Academy of Sleep Medicine -- just think of the multiple reindeer pileups that could ensue. And even when he's parked on the rooftops, sleep deprivation can cause judgment to become fuzzier, meaning the wrong presents are bound to be traveling down the wrong chimneys. What's worse is that sleep loss has a cumulative effect, and Santa has been working hard, likely cutting back on sleep, for the entire month preceding Christmas. "As people lose sleep, they have problems responding quickly to specific objects," Decker explains. "You could just imagine the things that would happen if you respond later than you need to ... it's easy to fly over the house or miss the roof." Once the night is over, Decker recommends that Santa get some extra sleep to restore his deficit -- and while he's at it, he may want to be evaluated for sleep apnea, as obesity is a risk factor.
Alamy