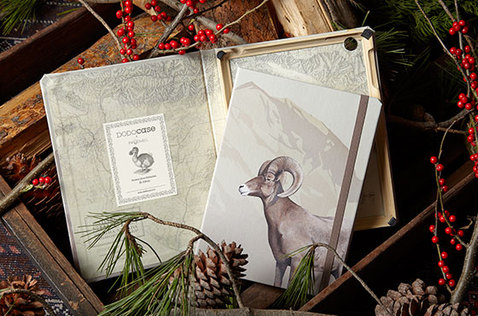 The Sierra Nevada bighorn sheep used to roam the mountain ranges of California by the thousands since pre-historic times. In the second half of the 20th century the sheep population fell drastically due to the diseases from domestic livestock, unregulated hunting, predation, and changes in habitat. Today, only 500 of the species survive. Fortunately some mindful folks at Ink Dwell Studios and DodoCase are working hard to save the bighorn sheep. InkDwell, a creative studio, and DodoCase, a design company that brings traditional bookbinding craft to tech products like laptops and iPhones have partnered up to produce a limited edition iPad case that will feature beautiful illustrations of the endangered species by artist Jane Kim. 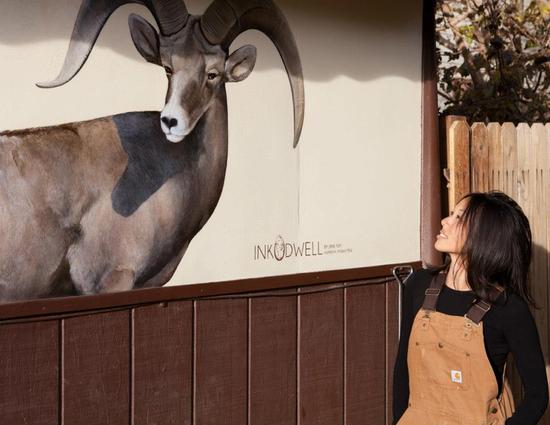 Kim's conservation and public art project The Migrating Mural served as the initial inspiration for this collaboration. A science illustrator and a passionate environmental advocate, Kim founded Ink Dwell to help inspire people "to love, appreciate, and protect the Earth, one work of art at a time." The artist has been traveling and locating exceptional spaces to place her work for maximum visibility.

Proceeds from the sale of the DodoCases will go to fund The Migrating Mural and the nonprofit Eastern Sierra Interpretive Association, which aid in the recovery of the Sierra Nevada bighorn. Bighorn sheep numbers dropped to just 100 in the early 1990s but have steadily climbed back to 500 not in the least as a result of conservation efforts. The population needs to hit roughly 600 sheep before the removal process from the endangered species list begins. If conservation efforts continue, this could occur within a decade. 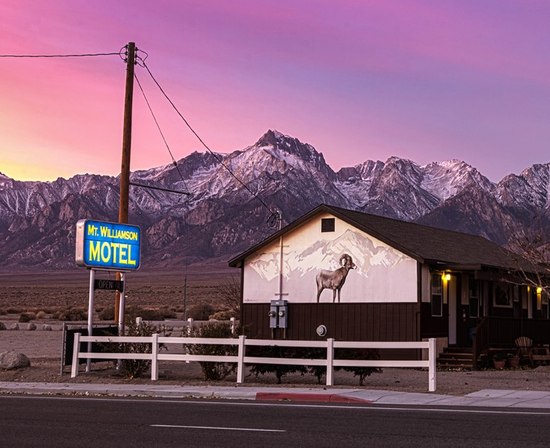 The Migrating Mural began in 2012 as a series of murals depicting endangered animals along the migration corridors they share with humans. Kim raised over $27,000 with a Kickstarter campaign to get the project off the ground and to drive support for the protection of species in peril. The initial subject was the same Sierra Nevada Bighorn sheep that graces the handcrafted iPad Dodocases launched on the 20th of November, just in time for the holidays. The first illustration features "Willie" a majestic, 10-year-old ram.

With DodoCases, Ink Dwell and Jane Kim move into a new phase of the campaign whereby instilling art and natural preservation into the arms of a forward-thinking generation. These iPad cases are elegant reminders of the bookbinding craft brought into the digital age. Each case features a sustainable, lightweight bamboo tray that securely nests the iPad inside. Small, local, and ethically sourced production is at the core of both Dodocase philosophy and the message it hopes to deliver with the Endangered Species collection - to deliver a conscientious product with nature's mementos at your fingertips. 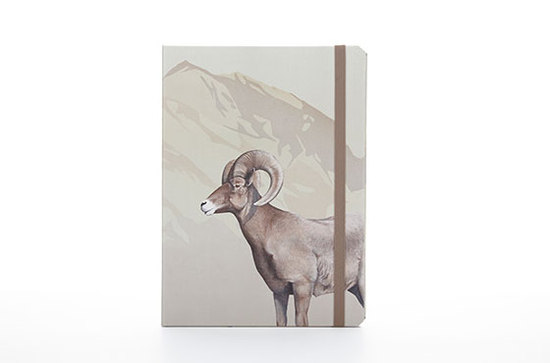 The Endangered Species collection from DodoCase and Ink Dwell serves as a persistent reminder of the fragile habitat we occupy and how we can help nurture and revive it. You can buy this awesome stocking stuffer here.