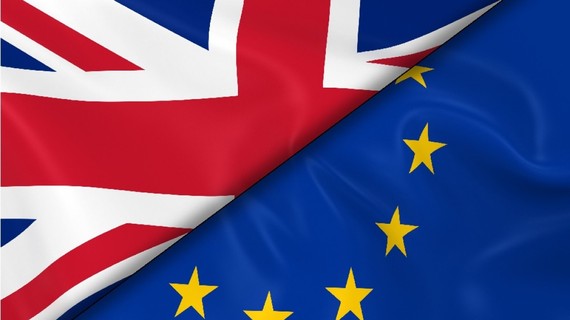 Image Source
With the holiday frenzy about to begin, most people are afraid, or rather cautious of visiting the UK after their vote to leave the EU. Will the application process change? How do you apply for a trip to Europe after Brexit? Most people are wondering what will happen after Britain voted out of EU. Will this affect their occasional travels to the UK? Now that the pound has dropped, does this mean prices will hike up? This article will look at the effects of Brexit and what they mean to travellers.

Having voted to leave the EU, most Britons are wondering how that will affect their travel to other European countries. As of now, there will be no alteration to their trip since there have been no legislation of this put to law. Having said that, Britons can travel freely through Europe as they have always done before Brexit.

Below are some of the constituents you need to know when planning to travel around Europe.

Will holiday cost hike up?
Having mentioned the drop in the pound value to the lowest, we have seen in years; there will be a consequent rise in prices ranging from the smallest commodities like a glass of wine to a night out in Porsche restaurant.

With the drop in the pound, this means a consequent rise in the dollar since the pound is in proportion to the dollar. What does this indicate to people traveling across Europe? Since most commodities are priced in dollars, ranging from clothes to petroleum, the dollar will hike up, and that means there will be an increase in prices of goods and services across Europe.

Flight travel cost will rise after an increase in petrol price. What does this mean for travelers? If you have had a fixed, or recycled budget that you use for holidays across Europe, you will have to adjust that to the current market economy as the pound has dropped with a significant percentage.

What traveling documents do you need?
There have been many debates about a change of passports after Brexit. Do you need a Visa to travel to Europe? How do you apply for travel to Europe? Well, as we stated in the introduction, as of now, there has been no law put in place concerning travel visa and passports. So that should not be of worry as of now.

Another factor discouraging European countries from sidelining Britain after Brexit is due to its tourist export to other nations. Saying that the EU will force Britons to have special passports on arrival in their countries will significantly affect their tourism imports as Britain ranks among the highest tourist exporter in Europe.

Where across Europe can Britons visit?
Basically in the first two years after a state decides to leave the EU, all legislation remains the same. What does this mean? Good news for travelers, very little or nothing at all will change. You can travel across Europe without fear of being fined for trespassing without the required documents.

How will the tourism industry in Britain be affected?
Brexit has benefitted the tourism sector in Britain, a bunch. How so? Well, with the drop in sterling, that means a rise in the dollar about the pound. People in other countries will exchange the pound sterling at a cheaper rate. What does this mean to Britons? They will have to pay more to trade pound for dollars when traveling to other European countries.

Trips to other countries for holidays will cost more than having your holiday in Britain. We will experience a reduction in the number of tourists Britain exports to Europe and significantly increase the domestic tourism across Britain. In this way, the tourism sector will be boosted high by local tourist.

In conclusion, we can see that Brexit in its entirety has affected the Britain tourism industry both positively and negatively. Britons have about two years before they can feel the total impact of Brexit despite the drop in sterling. According to Article 50, that is exacted, after a nation decides to exit the EU, every legislation should remain unchanged up to two years. After the two years have ended, Britain will have to strategize their law.

Voting Made Easy
Register to vote and apply for an absentee ballot today
Register now
More:
tourismbritainEuropeBrexittourists
Newsletter Sign Up
An essential daily guide to achieving the good life
Subscribe to our lifestyle email.
Successfully Subscribed!
Realness delivered to your inbox