We're always so mesmerized by photos of abandoned homes, and this list that My Science Academy put together has some pretty chilling examples.

Like this image of a Holland Island home located in the Chesapeake Bay in Dorchester County, Maryland. Originally settled in the 1600s, this tiny piece of land was home to just over 300 people. In the early 1900s, storms began to erode the west side of the island, forcing inhabitants to flee and move to the mainland. This last remaining house was photographed in 2009, and according to The Baltimore Sun, it collapsed in October 2010. 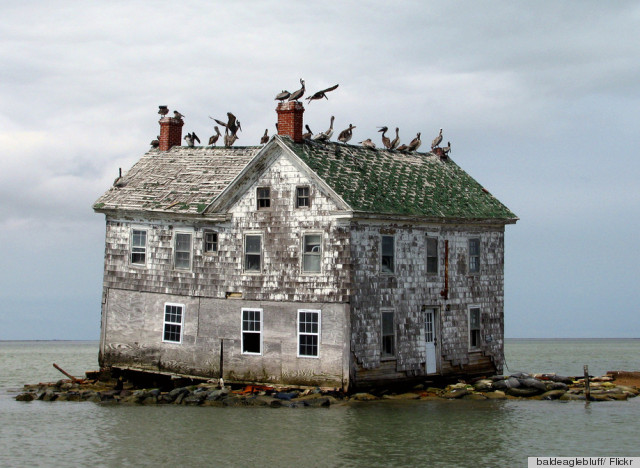 Click through our slideshow of photos from a Tokyo abandoned home and head over to My Science Academy for other eery images.

Got A Brokenhearted Pal? Check Out These Holiday Gifts For Newly Single People.