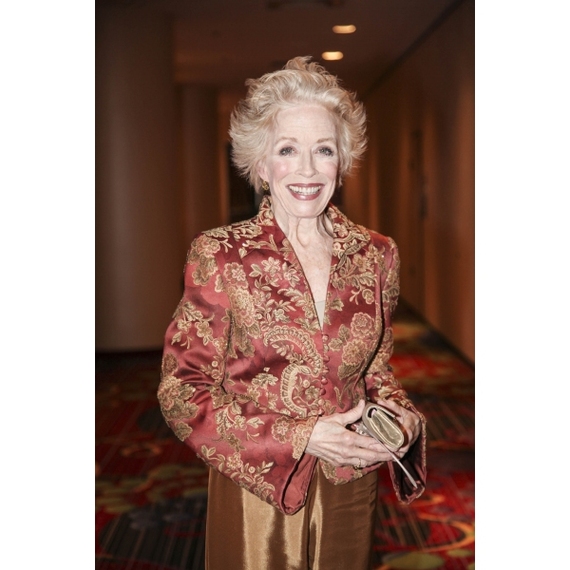 Stealth national treasure Holland Taylor sparked headlines recently with a declaration about her love life she was surprised to find people considered news. The 72-year-old Emmy winner and Tony nominee didn't name who she's been seeing, but she did matter-of-factly reveal her gender -- no big deal, according to the actress. "I haven't come out because I am out," she said on WNYC's "Death, Sex & Money" podcast. "I live out."

Perhaps, like me, you first become enamored of Taylor in the way-ahead-of-its-time '80s sitcom Bosom Buddies, in which her then-unknown costars Tom Hanks and Peter Scolari dressed as women when not in her company. (It was about cheap housing.) Or maybe you fell for the haughtily acerbic character actress in one of her more than 100 film and TV turns -- toggling between mainstream movies (Legally Blonde) and quirky indies (Next Stop Wonderland), appearing in so many sitcoms and dramedies her career reads like a map of TV cultural touchstones (Hello Ally McBeal... Ciao, The L Word!).

Her long tour of duty setting Charlie Sheen's teeth on edge in Two and a Half Men ended in February, freeing the Philadelphia native to pursue the more elevated work at which she excels. That includes returning to the New York stage for the first time since channeling political firebrand Ann Richards in her tour-de-force creation Ann. For the past months Taylor has been lighting up the stage in Pulitzer-prize-winning playwright David Lindsay-Abaire's prickly and affecting Ripcord, a black-comic tempest in the teacup of an assisted-living facility. That run ends Dec. 6, but its brilliant star spared time to speak after the play opened.

A slightly different version of this interview originally appeared in Dame Magazine.

(Hungry for more Holland? Try this.)