A woman gave birth to a healthy baby boy in the Holland Tunnel Wednesday morning.

The Daily News reports mother Soukaina Nekhlaoui and father Abdel Elkarhat welcomed their son into the world inside their black Cadillac around 7a.m. Wednesday morning.

The couple were en route to a New York hospital, but were forced to pull over when Nekhlaoui's labor advanced more quickly than they had expected.

Port Authority partners George McCann and Jean Bernard rushed to assist the couple. "The father was really frantic," McCann said. "You could tell he was a new father. He was running around screaming, ‘Help me! Help me!'"

At first, the baby was born blue, but Bernard quickly devised an "oxygen tank" to protect him from the dangerous car fumes inside the tunnel.

Baby Nassim Mohammed Elkarhat was in good condition Wednesday at a hospital in Brooklyn.

Little Elkarhat was born on the Manhattan side of the tunnel, making him an official little New Yorker. 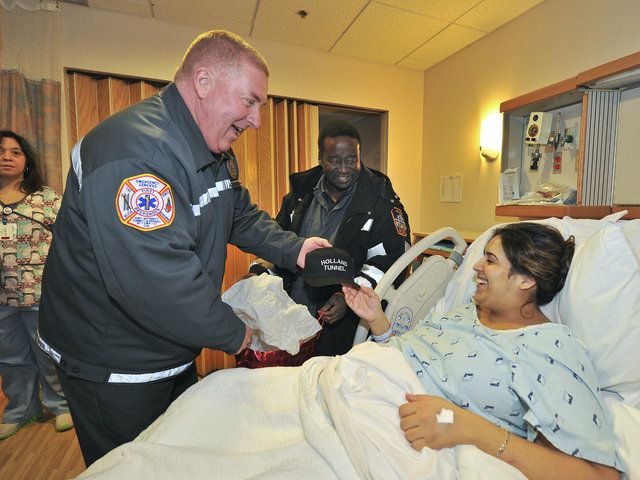