With great sadness, I report the death of Hollie Stevens: 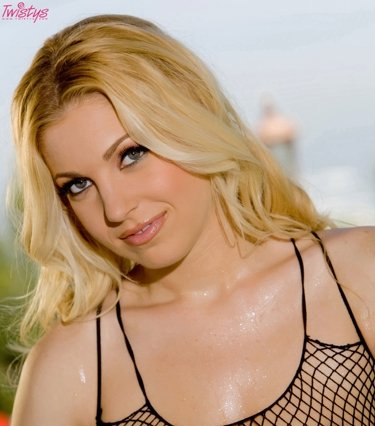 Debuting in 2000 as feature dancer "Holly Wood," she traveled across the US performing to packed houses. She was nominated for an AVN in 2004 for Best Group Sex Scene (The Bachleor) and won the AVN award in 2004 for Best All-Girl Scene (The Violation of Jessica Darlin). Hollie performed in over 170 titles as well as being featured on kink.com, DungeonCorp.com,hogtied.com, chantasbitches.com, The Howard Stern Show, performing at the Lusty Lady Theatre and more.

An accomplished painter with works hanging in the Hyena Gallery in Burbank, Hollie was also a long time writer and model for Girls and Corpses Magazine, a dj, live Visual Manipulator, performance artist, kickboxing champion and an extraordinary wife and friend. In a recent conversation, she shared that the things she would want to be remembered for is that she loved being a wife and friend more than anything.

Hollie was diagnosed in March 2011 with Stage 3 Metastatic Breast Cancer. Within a year, it had spread to her bones, ribs, liver and brain. After an outpouring of support from a fundraising effort facilitated by her family of friends which raised $16,000, she said, "I cannot believe how many people care, how good my fans are and how much complete strangers have helped me. This is unreal. Not everyone hates clowns after all!"

In lieu of flowers, donations can be made to The San Francisco Shanti Project or the American Cancer Society. 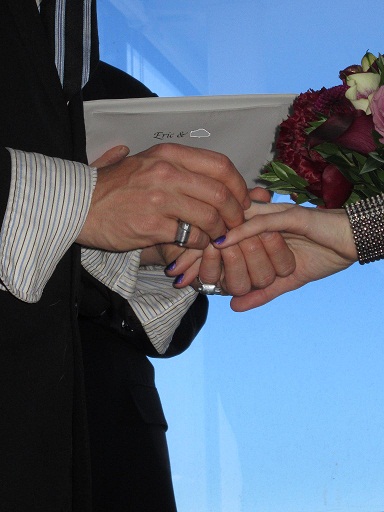 The story of Hollie Stevens taught me many things, one of them being that true love really exists. 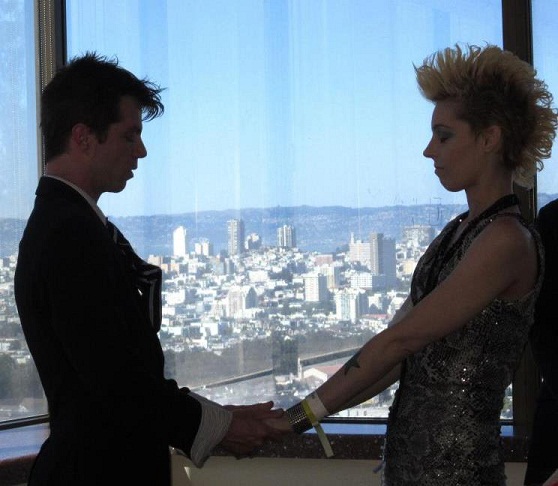 I would like to thank Hollie Stevens, Eric Cash and Laura Lasky for allowing me to write about Hollie's life and ultimately her death. Hollie's story is one that I will not soon forget, and I am forever changed after writing about it.

May your next world be just as blessed as this world was for knowing you.

A private memorial for Hollie Stevens will be held on Monday, July 23. Solace SF will be releasing the details for an open-invitation celebration of her life very soon in San Francisco. There will also be a Memorial for Hollie in LA in a few weeks for those who cannot make it to her San Francisco Memorial. Details will be posted soon.

Rest in peace, Mrs. Cash. And may your heart mend one day, Mr. Cash.