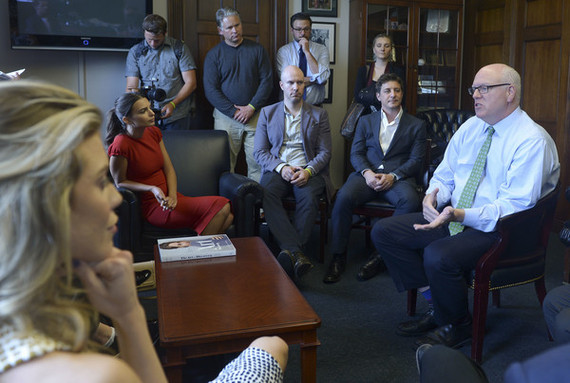 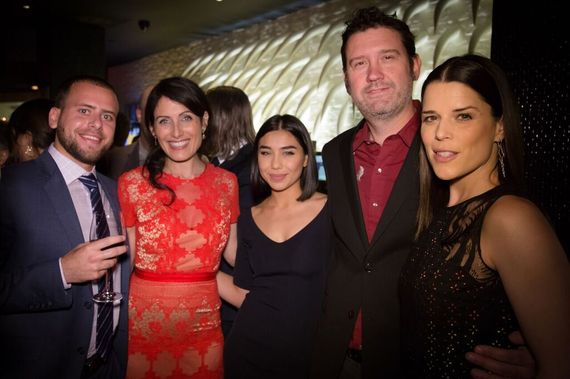 Lisa Edelstein and Neve Campbell mingle with guests
Later at The Night Before Benefit Dinner Gala at A-List Communications' Supper Suite at four star restaurant STK more lobbying was done over steaks, fine wine and desserts prepared by the culinary team. As public servants mingled with Hollywood stars the evening bought focus to national leaders on the efficacy of the arts. 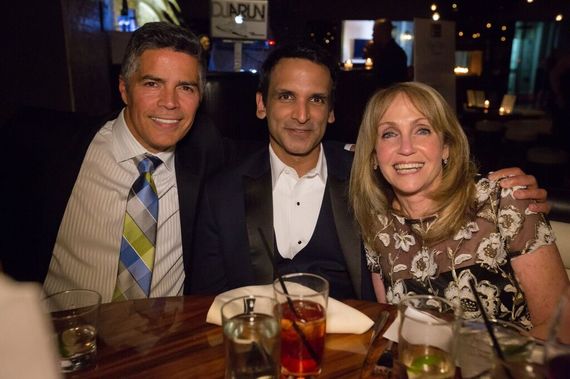 CEO Robin Bronk sums up the mission, "As people gather in Washington ahead of the annual White House Correspondents Dinner, The Creative Coalition holds the "Celebration of Arts in America Benefit Gala Dinner" to highlight and celebrate how vital the arts sector is for America's future. It is another opportunity for policy makers, influencers and national leaders to gather and bring attention to the positive impact of the arts." 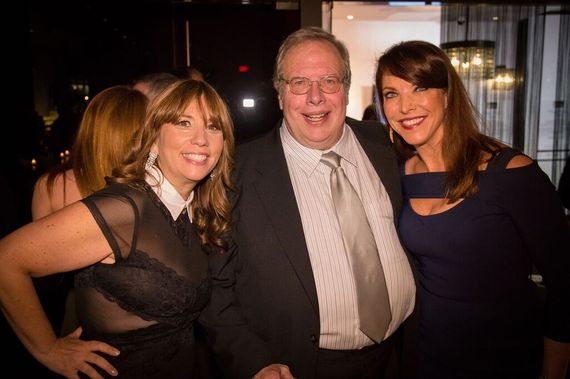 All other Photos Credit : Michael Faulkner