Hollywood and hip hop have joined forces in a final push to save the Lakota sacred religious site Pe'Sla from the auction block. Ezra Miller, now starring in The Perks of Being a Wallflower, and producer Sol Guy went to South Dakota to meet with Standing Rock tribal member Chase Iron Eyes in early October. The result is a nine-minute documentary that is featured on the Pe'Sla fundraising site, hosted by Last Real Indians.

Fundraising has come a long way since August, when 1,942.66 acres of privately-held land containing sacred sites was offered for sale in South Dakota. Still, a final deadline of Nov. 30 looms, and the tribes face a $2 million shortfall. Pe'Sla, located in the Black Hills of South Dakota, is the epicenter of the creation story of the Lakota, Dakota and Nakota nations. Tribal elders and spiritual leaders conduct ceremonies essential to their culture and beliefs there.

The story to save Pe'Sla is a narrative of people coming together to support an idea that the sacred is essential. Private donations raised $388,000 and the Sioux Nation united to contribute $6 million, putting the public auction on hold. People offered pennies to hundreds of dollars as the struggle to protect the holy from development touched hearts around the world. 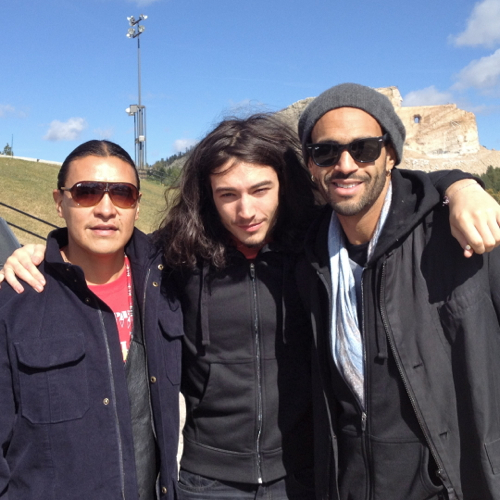 At approximately three minutes into Sol Guy's documentary, Chase Iron Eyes, founder of Last Real Indians, passionately explains what he calls the "powerful narrative" of Pe'Sla. For the first time since the Battle of the Little Big Horn, the great Sioux Nations "have come together." The lesson of Pe'Sla is that there is power in unity and it is time to stop writing about native people as helpless and hopeless. This show of solidarity between the Sioux Nation and people around the word is a vindication of the sacred; a testimony to the tenacity of indigenous people as they struggle to survive in the face of seemingly impossible obstacles.

In a statement introducing the documentary on the fundraising site, Chase Iron Eyes explains that the story to save Pe'Sla has meaning that goes far beyond the money.

"It is not the amount of money that all you have donated that moves us to the core, it is the compassion that you have shown that proves to everyone that humanity still exists and that we humans should not live as though we are greater than the earth. When the descendants of great visionaries such as Sitting Bull and Crazy Horse rose up to protect what Creator had made for them, the world responded. The Sioux people and their coming generations are forever grateful for your caring energy."

Still, money is what it will take. "Tribes representing the poorest counties in the United States with 80 percent unemployment, have pooled their strained resources to buy back stolen, sacred land," Chase Iron Eyes says. Thirteen-thousand dollars of the $1 million fundraising goal is on the books with 15 days left.

The goal is tantalizingly close and perhaps the Ezra Miller/Sol Guy documentary will help.

Take the time to view the documentary short. Ezra Miller is more observer than narrator, and in that role he embodies what many of us "outsiders" experience. He comes to learn, and as the documentary unfolds, Miller's presence is almost ghostly. He embodies the "wallflower" in all of us as we struggle to understand and to help where we can. 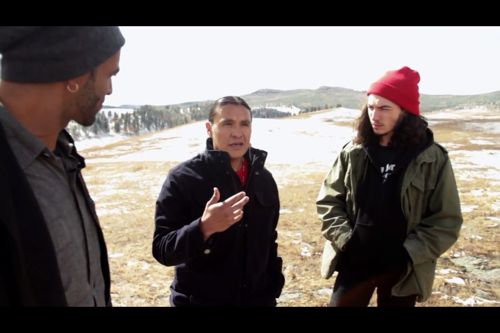 As Miller's journey to Pe'Sla is revealed, a transformation occurs. Initially you see him, hands in pockets, head bowed and listening while Guy and Chase Iron Eyes dominate the narration.

At six minutes in, Miller reflects on how Pe'Sla is a story of unity of purpose.

Every year the Lakota follow the stars to Pe'Sla to perform ceremonies to benefit humanity.

Language, tradition, geography, ethnicity and religion offer the illusion of separation, but experiencing the sacred brings us to the source and commonality of our creation stories. We all live under a dome of stars and hope to find our way home to our individual Creators.

That is the magic of the effort to save Pe'Sla.