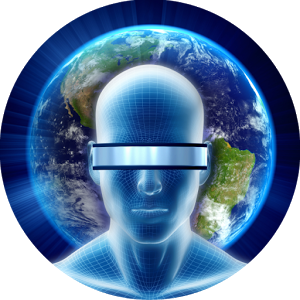 Virtual reality is touted daily as the next big thing, VR events are springing up across the country, and Sony's first PlayStation VR has just launched to encouraging reviews. So one might wonder why we're all not seeing more VR content, apps, and hits from some of the biggest studios, filmmakers, and media players.

Certainly the ground is seeded: by all counts, studios, investors, and major media players alike are eyeballing this new platform, hiring executives, holding private and public forums, and learning the landscape of this new medium--the amount and scope of activity, capital, and resources coming into VR is breathtaking.

I noted a full four days of VR agenda items at a recent LA conference previously focused on the nuts and bolts of the film and television business. All hands on deck it seems: everyone from sports to advertising executives participated, alongside gamers and more than a few video and music types, too.

That's a lot of panelists and VR experts to hear out.

Major studios like Paramount are hosting VR events, presumably to listen, learn, and benefit from the early relationships to be gained in this new market. That's probably a sign of progress, no doubt better than the "deer-in-the-headlight" stares of curiosity I encountered at other studios when we first pitched VR technologies to strategy executives just a year ago. ("We'll need you to meet with our technology team first, ok?")

To call investment appetite strong would be an understatement--new VR studios like Jaunt, Next VR, Mindshow, and Disney-backed Littlstar Media have taken on major investments and are plotting intelligent strategies spanning concerts, travel, video networks, and film, too. Most seem willing to play the field of VR platforms from players like Oculus, Samsung, and HTC.

Even at this early stage, a few common themes emerge. It's a mixed impression, suggesting that this new medium has both key differences and more than a few similarities to "traditional" programming and content from studios and media companies.

· "Immersion" - Immersion is what many aim for with VR programming. A holy grail of sorts, immersion is the idea of losing yourself in that headset and immersing yourself in a virtual world. The VR video network Littlstar Media's motto is "The World Revolves Around You." And they mean that quite literally. Some of Sony's current Play Station VR features--a thug confronting you in the "London Heist Getaway" and a massive shark circling in "The Deep" are immersive to the point of positively terrifying you. They're both more impactful than the best animatronics I've experienced at a Disney theme park attraction. Yet it's not clear that immersion is critical for every party jumping into VR content. It may bring as many creative concerns for a director as benefits. And any studio looking at VR as simply another ancillary digital platform to license content to may miss this new medium's promise entirely. Put simply, this medium needs content that "works" on a headset, rather than a theater or a television screen.


· Fear of Missing Out - No one in Hollywood wants to miss the next big thing. VR and its close cousins augmented and mixed reality may represent that possibility for some, particularly the many different parties who work with studios and even rely on them. This is a big group, including production companies, independent filmmakers, editors, writers, and supporting technology partners. It may explain the stampede of parties flocking to learn more, but it doesn't mean there's gold in the hills for all. Some of the most potent new players in the space--such as Magic Leap, a mixed reality technology with an enormous Google-backed valuation--seem to be making a stronger impression with their public silence more than anything else. (Those in Hollywood who have seen Magic Leap's technology have sung their praises, envisioning a future "world without screens.")


· Cost Uncertainties, Early Business Models - Filmmakers and production houses are concerned about integrating their current production tools with those needed to produce VR content. They want to know how much it will cost to "get ready" to produce VR content, how complex the process will be, and they're trying to understand what their return will be from their investment. Some of these fears--at least around tools--may be a bit misguided. Adobe, for example, offers modestly priced software to help producers make and render content for multiple VR platforms, and has quietly built an impressive network of filmmakers and media companies alike, all in the interests of helping build the VR ecosystem and other digital platforms. VR content producers have more serious cost concerns when it comes to capturing events or live productions, which can be as much as $100K to capture a single concert. One VR music network quietly shared their business model for how they've captured many of music's biggest stars in 360 video--it's essentially a sponsorship model, tucked into a concert promoter's video business, hidden away from major rights holders. Content is mostly "in the can" for now, given how early stage this business is. (I can't wait to see some of the shows they've captured, and would be happy to linger on stage with Radiohead in a virtual world.)


· Studios and Programming - Another common theme: studios are clueless, and won't lead the way in this new space, nor will major media players, who simply repurpose their existing content for VR. This thinking is off base--while there are skeptics in the studios, my sense is that they're approaching VR with caution and reasonably careful planning. Even parties like sports networks see it as a very different platform, with different needs for programming. One major studio invited us to a private forum where attendees were asked for ideas to help the studio understand what VR might mean for its movies and parks. We also noted lots of discussion on what type of programming will work on VR--episodic, short form, original features, travel, to name a few--the dialog is diverse and healthy.


· Look to Gamers - The more I participate in the VR world, the more I see video games as the closest galaxy, and one the new market can learn from. To start, Unity, perhaps a leading VR development platform, is grounded in game development. More critically, I see gaming's business models--a la carte purchasing, in-app purchasing (a mobile game model), and even "freemium" models as more likely business models for VR than advertising, at least for the next few years, before a VR platform truly breaks through with the masses. With some of the promising new music VR networks there's even talk about selling tickets to live VR concerts. All of this may be possible, but I think the lack of clarity on business models is definitely a reason why any participant in the VR ecosystems would ask questions and have early doubts.


· Social Inclinations, Community Potential- Another line of thought: VR will be a medium driven by social networking and community. I've heard much more of this from Silicon Valley tech colleagues than I have in Hollywood, and I don't think the potential is fully understood yet in the creative or media communities, though I'm encouraged by entities like StoryUp, which is connecting armed services veterans in touching ways through VR. Facebook obviously had something in mind when they purchased Oculus, and there's obvious potential for multi-player gaming. Candidly, I don't know what "social" means yet for VR, and I don't think Hollywood does either, at least not yet.


· Not Being Part of a One-Off World - The most salient thought I've heard from the creative community: "We don't want to dive too deep into VR if it's just going to be a one-off experiment." Most participants in the Hollywood ecosystem want to feel vested in it, and the film community wants to see VR content as part of a continuum of programming, in much the same way as motion pictures are part of a broader programming ecosystem and business. Some bring up 3D television as a model they really want to avoid--it came hyped with some new potential for television sets, and has since declined.


For all these reasons, VR -with its new potential for Hollywood and other media verticals--sits in an early stage of development and growth--no blockbusters just yet, but there are a lot of eyes on it.