London is getting a taste of Hollywood glamour this month, courtesy of the city's Victoria and Albert Museum. An upcoming exhibit titled "Hollywood Costume" will bring together some of the most iconic film wardrobes in history. From "Breakfast at Tifffany's" to "Indiana Jones" to "Titanic," the sartorial display will pay tribute to the unforgettable designs of the silver screen. 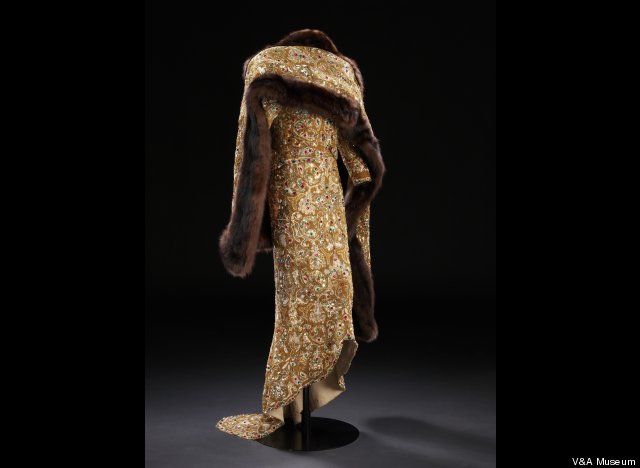 The exhibit includes over 100 ensembles, spanning a century of Hollywood filmmaking from 1912 to today. Beginning with the dawn of the talkies, we see Charlie Chaplin's battered derby on display, along with decadent outfits from the industry's Golden Age, including Marlene Dietrich's sequined gown from "Angel" and her infamous tuxedo from "Morocco." More memorable dresses from screen sirens like Marilyn Monroe, Audrey Hepburn, and Barbara Streisand cover the feminine fashion of the 1960s, including one of the most famous little black dresses of all time -- Givenchy's costume design for Holly Golightly in "Breakfast At Tiffany's."

The array of designs pays equal attention to the second half of the 20th century, highlighting the innovations in costumes that occurred in films like "Matrix" and "Avatar." But perhaps the most beloved costume relic on display is a pair of ruby red slippers worn by Judy Garland in the 1939 classic, the "Wizard of Oz." The V&A Museum announced in a statement that the show marks the first time since the movie was filmed that the legendary shoes will be reunited with Dorothy's white and blue gingham smock, the former on loan from the Smithsonian National Museum of American History. 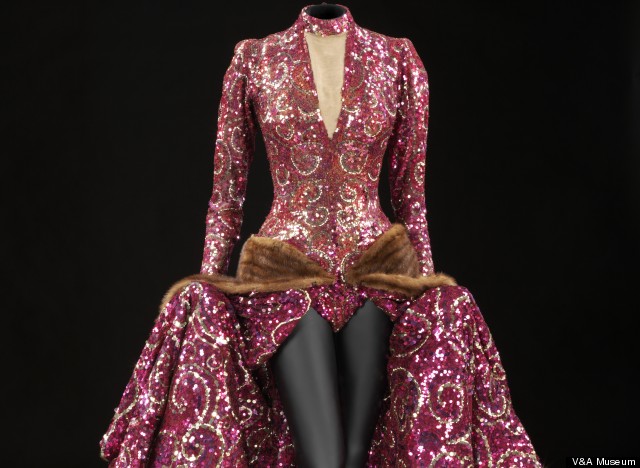 Many of the costumes have never been publicly displayed, having spent the years of post-production tucked away in the secure halls of studio archives. But they will be unearthed this Saturday, as curators at the museum aim to "tell the story of the process of costume design and how it helps create authentic characters," reports the Associated Press.

Check out a sneak peek of some of the costumes that will be on display at the V&A Museum this weekend, and let us know which character's look you're most excited to see in the comments section.

Hollywood Costume, sponsored by Harry Winston, opens at the V&A on October 20, 2012.