What if several characters of a well-known Greek myth were disgruntled with their narrative roles? That's the premise, and it's a lulu, of Carey Scott Wilkerson's Seven Dreams of Falling, directed by Thomas Anawalt for the Elephant Stages' Elephant Studio, in conjunction with the Hollywood Fringe Festival. (NOTE: At the time of this writing, there are but two remaining shows: 2pm, Friday, June 14 and 7pm, Saturday, June 15). 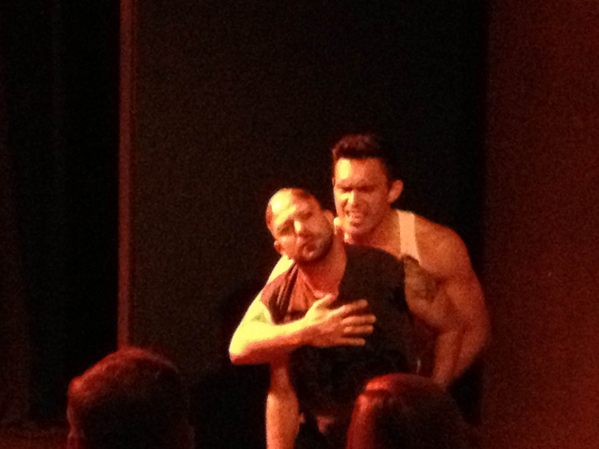 Re-working the tale of Icarus, the Greek youth who flew too close to the sun, it's an intelligent script. Not only are the characters possessed with an unusual amount of self-awareness of their place in subsequent history and culture, they are funny, desperate, and not at all like we have imagined them. One of them sells out so that the Icarus myth becomes a corporate franchise. Another one decides to re-write his life script. 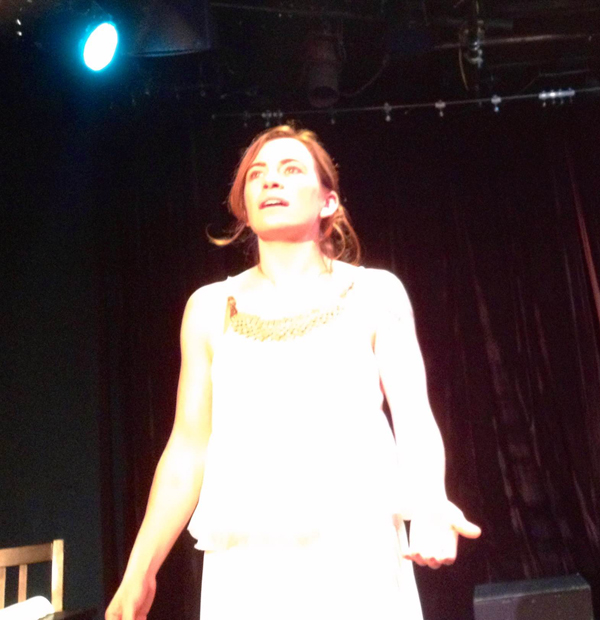 For the historical record, we have Icarus (Stephen Foster), who's fed up with being carted out at the same time each year to reenact his fatal plunge into the sea. His father Daedalus (Chuck Pelletier), has been imprisoned by edict of King Minos in the very labyrinth he masterminded to imprison the Minotaur (Kerr Lordygan), the half-man, half-bull spawn of Minos' wife and a bull. His crime? He gave Theseus (Mo Kanekoa) a ball of yarn that allowed the hero to navigate the labyrinth and kill the Minotaur. And we have Ariadne (Charlotte Gulezian), Minos' daughter and spurned lover of Theseus. 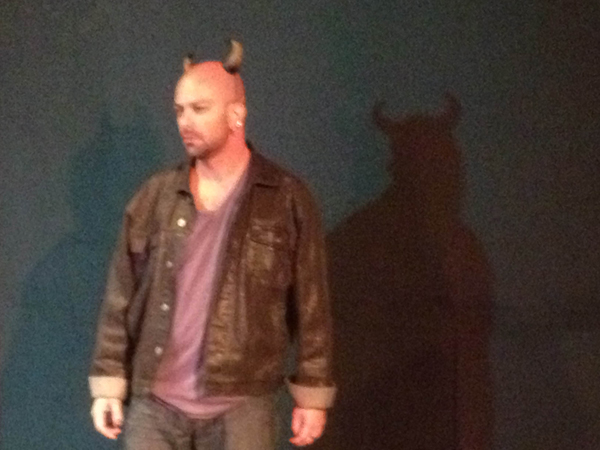 Beyond (better yet, in spite of) the historical record, the story embellishes the personal lives of the historical characters behind the myths. Ariadne is understandably bitter at Theseus' rejection. She decamps to Lesbos where heaps her fury in a lesbian-themed blog, whose existence becomes a running joke throughout the production. Only at the end does she learn the identity of the other person (let's just say that, between Theseus and the Minotaur, what happens in Hades is best left in Hades). 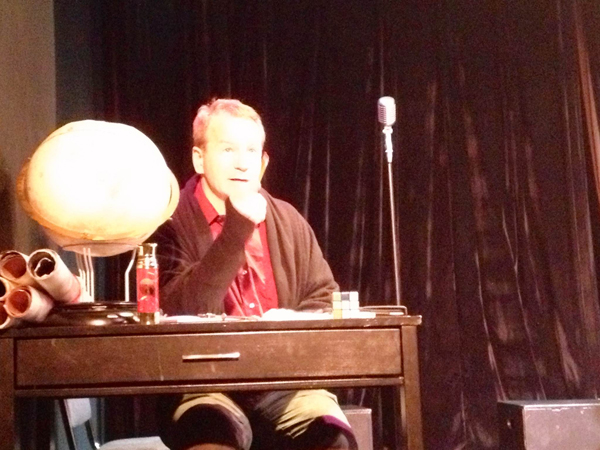 The story resonates on many, many levels. The personal level: we can change the course of our lives at any time (Icarus); we all have secrets (Theseus and the Minotaur, though I don't see what the big deal is, given the liaison between a king's wife and a bull); no good deed goes unpunished (Daedalus); and Hades hath no fury like a King's daughter scorned (Ariadne). The cultural level: there's a keen line between myth and life; one informs the other, the degree of which will vary. And the economic level: there's nothing that can't be turned into a franchise informed by corporate interests (read: greed). 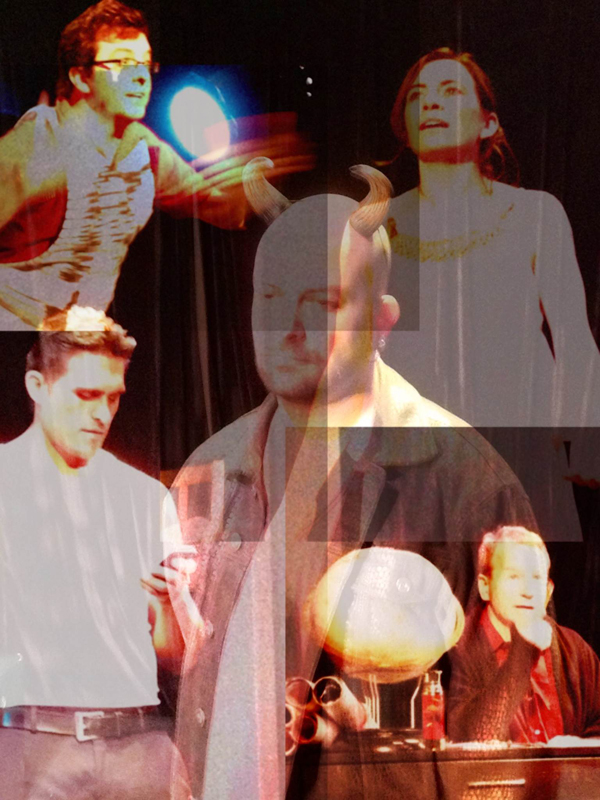 The dialogue is snappy, off-the-wall, and literate, wielded to great comic effect, like early Woody Allen pieces in The New Yorker. There are references to Brueghel, who painted the iconic image of a falling Icarus; to William Carlos Williams who wrote a poem called "Landscape With The Fall Of Icarus"; to Werner Eisenberg's uncertainty principle; to feminist theory; and to the violation of culture-defining mythic master narratives. They're all there, parceled and presented in ways you've never seen before.

It's an excellent ensemble performance. Foster's Icarus, tentative, wary, too perceptive, too feeling for his own good, and sick of the commercial circus his historical position has become. Pelletier's Daedalus, brilliant, chagrined, resigned to his fate, supporting, with inadvertent results, the status quo of his son. Gulezian's Ariadne, whose effusiveness suggests a fine spin-off production ("Ariadne on Lesbos"). Kanekoa's Theseus, whose leading man looks and shifting loyalties serve him well as both a mythic hero and corporate front man. And Lordygan's Minotaur, bestial and sensitive like Hellboy, eager to show the world there is beauty beneath his bestial appearance. 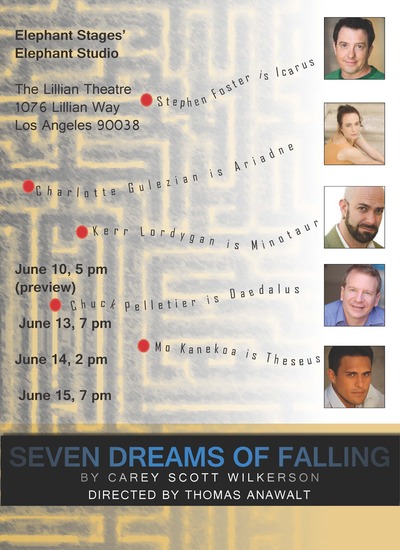