"Hollywood Game Night" (premieres Thurs., July 11 at 10 p.m. ET on NBC) isn't skimping on stars -- the celebrity-packed line-up boasts some of the biggest and best names on TV.

Hosted by "Glee" star Jane Lynch and created by "Will & Grace" alum Sean Hayes, the show is modeled after Hayes' own game nights at his house, where he invites a random sampling of his friends, famous and not, to come play. "Hollywood Game Night" takes that same approach, teaming three celebrities with a civilian player.

Can you imagine playing Celebrity with celebrities? Or what about having to guess that a not-so-flattering child's portrait of Matthew Perry is indeed the "Friends" star ... while he's sitting on the couch next to you?

Take a look through this gallery to see some of the famous faces stopping by to play. 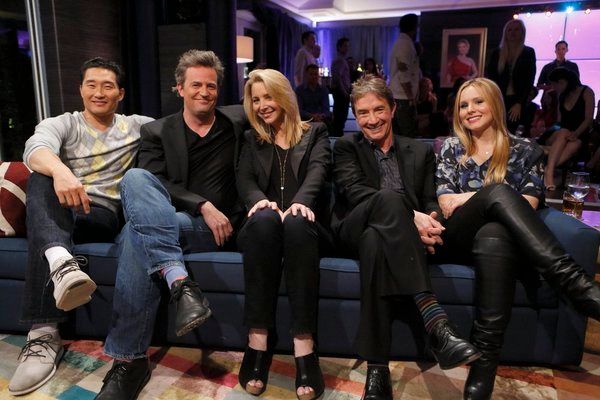