Marking another legal challenge to the Hollywood Millennium project, a coalition of local homeowners filed a lawsuit Wednesday against the city of Los Angeles and the developer, the group's attorney said.

The suit alleges the city failed to study the environmental impacts of the two-tower development and accuses city officials of hiding evidence of a possible earthquake fault near the site, coalition attorney Robert Silverstein said. The suit, filed in L.A. Superior Court, asks the court to revoke the city's approvals.

"This is a fight to ensure that City Hall cannot throw inconvenient laws and facts to the wind," Silverstein said in a statement, "just because such laws and facts may upset powerful special interests."

The Hollywood Millennium, a planned development consisting of 35- and 39-story buildings near the iconic Capitol Records building and 101 Freeway, was approved by the City Council last month. Area councilman Mitch O'Farrell and Mayor Eric Garcetti have both embraced the project.

"We have complete confidence that the Los Angeles Superior Court system will uphold the city's approval of Millennium Hollywood, and we look forward to the commencement of construction," Aarons said in a statement.

The lawsuit comes days after the W Hotel and Residences filed a similar legal challenge over environmental concerns. Benjamin Reznik, attorney for the hotel, alleged the city approved a "generic, amorphous" development and didn't force the developer to detail what it intends to build.

Lawsuits over large-scale developments are common, although in the case of the Millennium, there are a number of disparate groups expressing concerns about the project.

State highway agency Caltrans wants more analysis done on the traffic impact of Millennium Hollywood on the 101 Freeway. If the city doesn't address its concerns, the agency will resort to legal action, Caltrans spokesman Judy Gish told the Daily News in an interview last week. 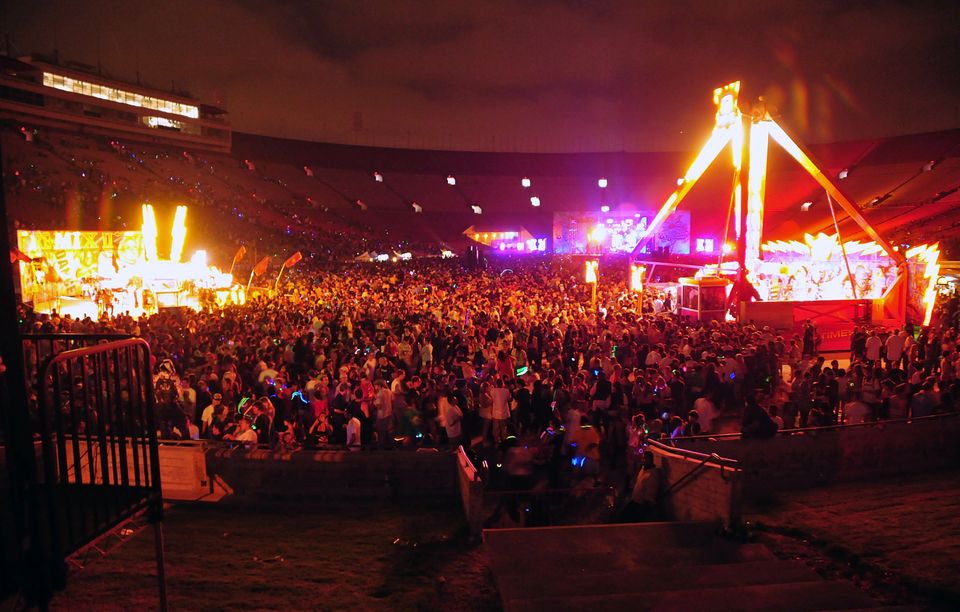 1 / 9
Loves To Rave
Just when you thought Garcetti couldn't get any cooler, the mayor came out in support of holding absolutely <em>ratchet</em> raves at the Los Angeles Coliseum for the diehard EDM (Electronic Dance Music) crowd. Though previous mayor Antonio Villaraigosa questioned whether to even allow raves at the enormous venue, <a href="http://blogs.laweekly.com/informer/2013/06/raves_back_coliseum_garcetti_edc.php" target="_blank">Garcetti held a fundraiser at the LA Coliseum</a>, featuring performers Steve Aoki, Will.i.am and other DJ luminaries. Of course, he attended and was seen partying it up next to Aoki himself.
Getty