So my friends, now that Hanukkah and Christmas are behind us, let's pay tribute to the Gods and Goddesses of Hollywood. After all, the Golden Globe Awards are only a few days away, and the Oscars are just around the corner as well. If you want to immerse yourself into the mystery, glamor, and history of Golden Age Hollywood between 1933 and 1950, here is a treat for you.

Skirball Cultural Center presents a very engaging, multifaceted exhibition, Light & Noir: Exiles and Émigrés in Hollywood. It's co-presented with the Academy of Motion Picture Arts and Sciences, and right from the get-go, it's a winner. The focus of the exhibition is the experience of German-speaking exiles and émigrés --many of them Jews --who fled Nazi Europe and ended up here in Southern California, where Hollywood became their home away from home. 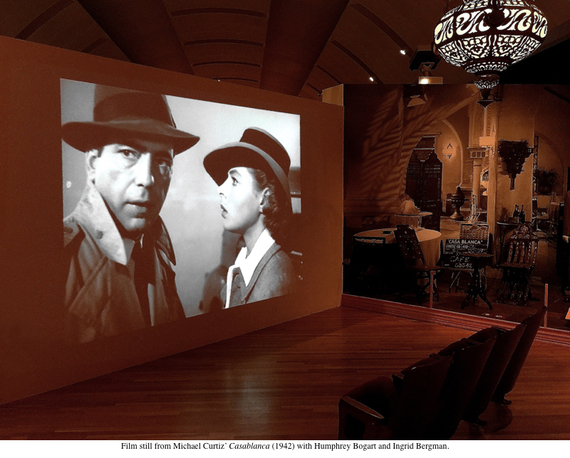 In several galleries, visitors can enter into re-creations of iconic movie sets --among them, Rick's Café in Casablanca (1942), a film directed by Hungarian-born Michael Curtiz. And of course, there is a large screen on which we can watch the most famous scenes of the movie, including one with Humphrey Bogart and Ingrid Bergman. So, when we think of his immortal line, "Here's looking at you, kid," it feels like it's addressed to all of us. 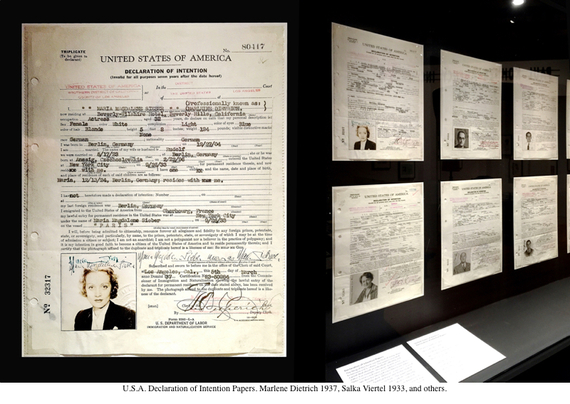 One of the biggest surprises in the exhibition are the rather boring looking Declaration of Intention documents filled by various exiles and émigrés upon entering the United States in the 1930s. Yes, rather boring, until you see one of them with a thumbnail photo of a pleasant looking woman. Name: Maria Magdalene Sieber. Color of hair: Blonde. Height: 5' 8". Weight: 124 pounds. Color of eyes: Blue. Born in: Berlin, Germany on 12/27/04. And, oh yes, the Declaration also mentions that she is professionally known as Marlene Dietrich. I urge you to take a look at this document on the KCRW Art Talk website. One cannot imagine a more personal and intimate connection with this Hollywood Goddess.

And of course, among the exhibition highlights is the gigantic poster of Greta Garbo as a Soviet Spy in Ninotchka (1939), a film directed by German Jewish émigré, Ernst Lubitsch. Next to this poster is a slightly smaller one, but for another bigger-than-life movie, Sunset Boulevard (1951), with Gloria Swanson in the title role. Nearby is the golden Oscar won by Billy Wilder --yet another German Jewish émigré who contributed so mightily to the glory of Hollywood. 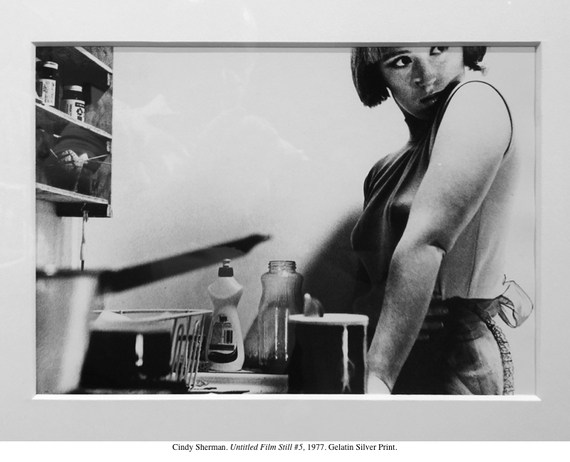 If you have time to spare, I highly recommend seeing another, smaller exhibition at the Skirball Center, The Noir Effect, with works by contemporary artists inspired by Hollywood's Golden Age. Among them, several lithographs by Ed Ruscha delivering delicious visual punches, and a few early black and white self portraits by Cindy Sherman from her 1970's Untitled Film Stills, which in my humble opinion continues to be her absolute best work. 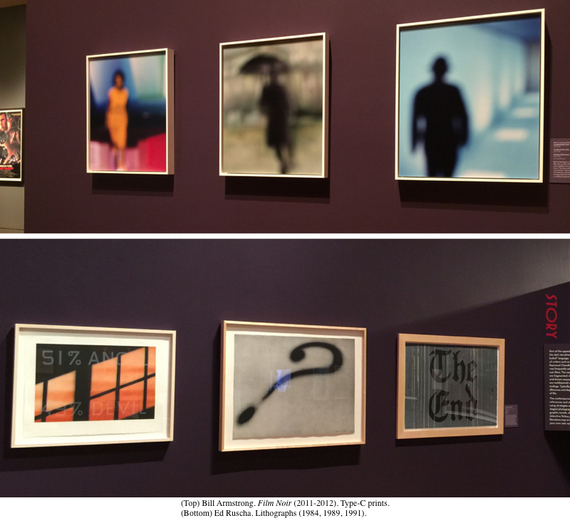 In a very engaging and charming way, the exhibition gives visitors the opportunity to photograph themselves against a gigantic noir film backdrop --with hat and trench coat provided for maximum effect. 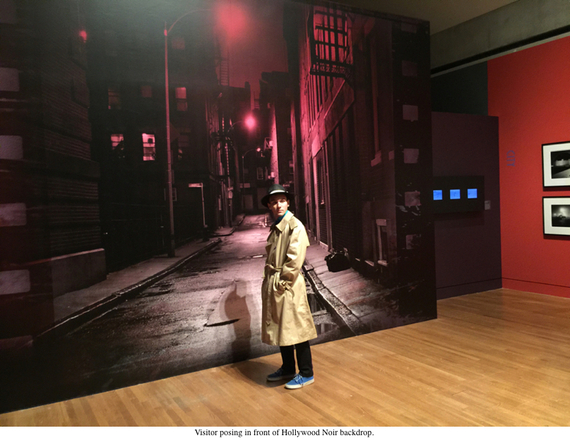 And if you have a few dollars to spare, don't miss the chance to shop at the gift shop specially designed to recreate the atmosphere of the era with trinkets and clothing that could be worn by the likes of Dietrich and Garbo... 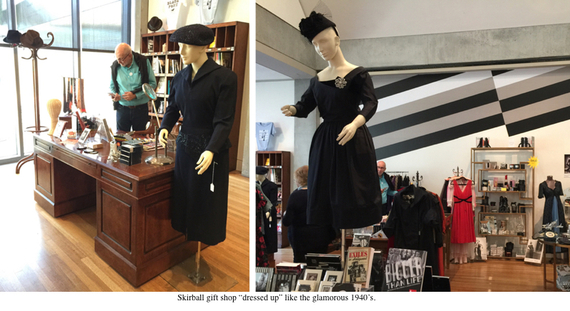