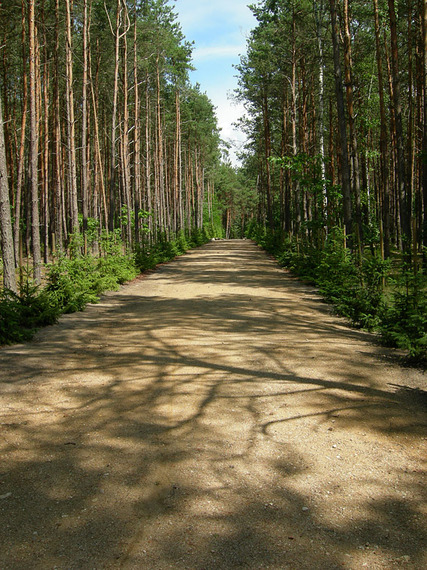 The World War II generation of the de Wind family was immensely and disproportionately affected by the Holocaust.

On the occasion of this solemn day, I want to recount two stories -- retell is a better word since both have been published before.

The first one was about one relative, Louis de Wind, who was on "the last train to Auschwitz."

This one is about all the de Winds who suffered under the Nazis and paid a heavy price for being Jewish.

I don't claim to be Jewish, although most of my paternal ancestors were Jewish.

As a matter of fact, the earliest de Wind documented in my family tree is not even a de Wind, but rather a Levy -- my great-great-grandfather, Alexander Levy, who was born around 1765 in The Hague (then, 's-Gravenhage) and assumed the name de Wind in 1811.

What makes the Jewish ancestry in my family more poignant to me is that, among the more than 100,000 Dutch Jews who were murdered by the Nazis during the war in Europe, there were approximately one hundred de Winds -- this figure includes men who married de Wind women and their children. This may not seem like a large number, until one realizes that the name de Wind is quite an uncommon family name in the Netherlands; that virtually all the de Winds in the Netherlands have common roots; and that the number 100 represents a significant proportion of an entire de Wind generation.

The names of these de Winds can be found at the unique and powerful "Digital Monument to the Jewish Community in the Netherlands," a virtual monument dedicated to preserving the memory of all the men, women and children who were persecuted as Jews during the Nazi occupation of the Netherlands and who did not survive the Holocaust, the Shoah. 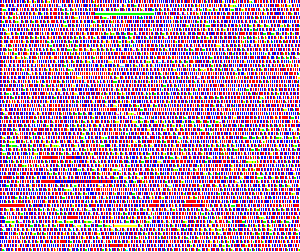 Digital Monument to the Jewish Community in the Netherlands. Courtesy

In the "de Wind list" at the Monument, one can find the birthplaces and the ages of most of the victims -- some as old as 92 and some as young as 14. My uncle's family tree documents several other very young de Wind victims of the Holocaust -- one as young as five!

Why am I telling you all this?

Perhaps it is a form of personal catharsis, atonement if you will, for never having taken the time or made the effort to learn more about Jewish history and culture, about the Jewish religion, and about the Jewish suffering.

Nevertheless, there must have always been something in me that periodically reminded me of my Jewish background, of my admiration for the Jewish people, of my empathy for their suffering.

That "something" clearly tore at my heart when I visited the Auschwitz concentration camp in Poland many years ago. I will never forget the mountain of shoes in one room, the mountain of eyeglasses in another, the mountain of prostheses, the crumbling chimneys of the crematorium, the now-rusting, yet still sinister railroad tracks...

It infuriated me to no end and shook me to the core when I visited the Holocaust museum in Washington, D.C. and saw the repugnant photographs and film clips depicting some of the Nazi atrocities.

It saddened me deeply when I first accessed the "Digital Museum" and realized that every tiny dot on a screen filled with a dizzying pattern of what appear to be a million colored dots, stands for a human being murdered by the Nazis. The colors indicate "whether the person was a man (blue) or woman (red), a boy or girl between six and 21 years of age (green and yellow, respectively) or a child under 6 years of age (light blue or pink)." The abundance of light blue or pink dots is incomprehensible and almost unbearable.

Finally, I cringe when I read or hear those infamous, almost obscene names: Auschwitz-Birkenau, Bergen-Belsen, Dachau, Buchenwald, Treblinka, and Belzec.

But something softened the impact of seeing that heinous name again -- albeit it only lasted for a fleeting moment.

Perhaps it was the accompanying photograph of a blissful, peaceful, country path bordered on both sides by tall pine trees.

The path is described in the article as a "reflection lane," a path that roughly coincides with a path previously known as the "Himmelfahrtstrasse," or road to heaven.

Even the destination of the path sounds benign enough. It leads to Stara Kolonia Sobibór, "a typical Polish hamlet, where clean washing flutters in the wind, farmers on old tractors rumble by and lumbermen lug tree trunks."

To be frank, I do not remember having heard of a place called Sobibor, located deep in the forests in the Lublin district of South-Eastern Poland.

But, had I paid more attention to my Jewish heritage, I would have known that, in 1942 and 1943, this idyllic looking "road to heaven" led to the five gas chambers of the Nazi death camp named Sobibor.

Gas chambers where about 250,000 Jewish men, women and children were systematically exterminated -- more than 34,000 of them Dutch.

To be more exact:

34.313 Dutch Jews, distributed over 19 trains, were transported from the Westerbork transit camp in the Netherlands to Sobibor in Eastern Poland. Of these, only 18 survived and returned to Holland after the Second World War. 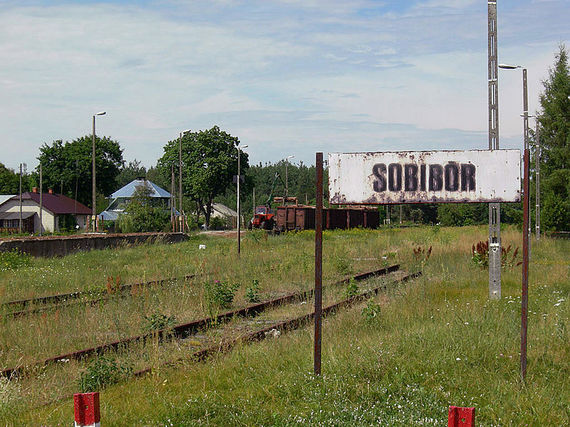 Had I been more attentive, I would have noticed at the Digital Monument a dozen or so de Winds whose lives ended tragically at Sobibor.

According to some reports, only about 50 prisoners survived their imprisonment at Sobibor and the war.

The Sobibor death camp was one of the Nazis' best-kept secrets. Even in the Netherlands, the existence and the history of Sobibor were not widely known.

Today, only a few austere monuments and plaques memorialize what happened at Sobibor.

Perhaps the most emotive is the "hill of ashes" at the place where the bodies from the gas chambers were burnt on grates in the open air.

A visitor to Sobibor writes:

It is a mound of human ashes. Pain, shock, horror, and disbelief all hit me as soon as I saw the mound. Tears ran down the sides of my face. The mound was huge! The realization that these were the ashes and bone shards of people, hit me very hard.

It is difficult to know exactly what percentage of the de Winds living in the Netherlands during World War II were murdered by the Nazis -- I mentioned "a significant proportion."

However, there is not much uncertainty when it comes to the overall Dutch Jewish population: Out of 140,000 Jews living in the Netherlands at the outbreak of the war, some 107,000 Jews were deported to death camps, and between 102,000 and 104,000 were murdered, or approximately 74 percent--the highest percentage among Western European countries.

What an unspeakable human tragedy for one of Europe's smallest nations!

But the tragedy is much worse.

Over the weekend, the New York Times discussed a "book," 1250 pages long, that "consists of the single word 'Jew,' in tiny type, printed six million times to signify the number of Jews killed during the Holocaust."

The "book" may be controversial, but there is nothing controversial about the human beings represented by every word in the book -- they were just someone's father, mother, brother, sister, etc. cruelly eliminated by the Nazis seeking the "Final Solution."

The author of the book, Phil Chernofsky, tells the Times:

Now get closer, put on your reading glasses, and pick a "Jew." That Jew could be you. Next to him is your brother. Oh, look, your uncles and aunts and cousins and your whole extended family. A row, a line, those are your classmates. Now you get lost in a kind of meditative state where you look at one word, "Jew," you look at one Jew, you focus on it and then your mind starts to go because who is he, where did he live, what did he want to do when he grew up?

A version of this story appeared at The Moderate Voice in May 2009.