Thursday April 16 is Yom Hashoah, or Holocaust Remembrance Day, which serves as a memorial to the six million Jews who perished in the Holocaust between 1933-1945. There will be readings of the names of victims in locations all over the world.

"If we wish to live and to bequeath life to our offspring, if we believe that we are to pave the way to the future, then we must first of all not forget." ~Professor Ben Zion Dinur, Yad Vashem, 1956 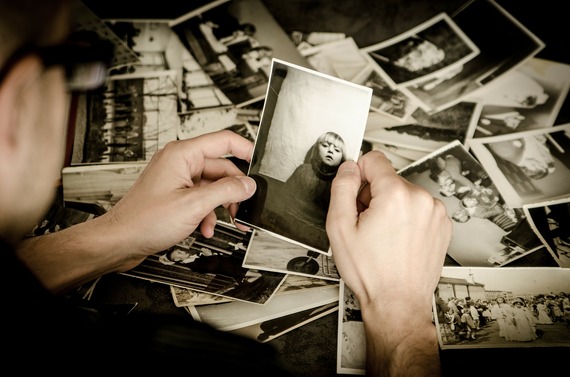 It was 1978 and I was a sophomore in college, sitting cross-legged on my bed, alone in my dorm room watching television. I was lost, unaware of my surroundings except for the gripping drama that was unfolding before me.

It was the last of a four-part series starring Meryl Streep, James Woods, John Houseman and Michael Moriarty. Holocaust told the fictional story of a German Jewish family being ripped apart by the Nazi regime.

It felt like my heart was palpitating out of my chest and my hands were sweaty.

I grew up learning about the Holocaust through family stories and what our Hebrew School teachers taught us. In high school one history teacher showed the film Night and Fog, a brutal documentary about the history and liberation of concentration camps. It included film footage of piles of discarded bodies being tossed into mass graves after being murdered in Nazi crematoriums.

I saw the film in Hebrew School and uncharacteristically spoke up to beg my teacher to excuse me from class. He flatly refused. I stormed out of the room thinking, "Let him fail me for the day. I don't care. I don't want to start having those nightmares again."

After the fourth part of Holocaust ended I quickly ran down the hall to use our dorm's hallway telephone. There was one person I knew that I desperately needed to talk to.

My father. He was the man I trusted and respected more than anyone, and was the one person who I knew could offer me reassurances that what I just watched on TV would never happen again.

Today as a parent I think back on that moment from my dad's point of view. I realize how naive I was, and that what I was about to ask him would be the most difficult question I ever asked. I wanted him to reassure his little girl, the one who lived in a Utopian universe, that everything would be alright.

I remember hearing a long pause in my father's voice after he excitedly answered the phone. In his analytical mind he must have raced to find the right words to say. There were none. I wanted a guarantee that he simply could not give.

Thinking back I believe I grew up a lot that day. The world was no longer filled with the promise of a happily ever after for everyone. I grew up hearing over and over again "Never Again. Never Forget." but somehow seeing this series finally connected all the dots. From that day forward I became more aware about the realities of war, maniacal dictators, and the truth that "man's inhumanity to man" is still going on somewhere in the world.

When I was 14 I spent the summer in Israel and our group visited Yad Vashem, the Holocaust History Museum in Jerusalem. It was the first and only time that my group was quiet for the remainder of the day. It was quite a sobering experience and has never left me all these years later.

I am not a religious person but a spiritual one, and I continue to believe in tolerance, compassion and kindness. In today's world that may seem naive, but so be it. So as I say private prayers for the memory of those who perished in the Holocaust I will continue to keep hope in my heart that all wars, all genocides, will someday come to an end so that future generations will, as it says in Isaiah, never "learn war any more."

"Nation shall not lift up sword against nation, neither shall they learn war any more." ~Isaiah 2:3-4

Cathy Chester is an award-winning writer and health advocate who has lived with Multiple Sclerosis for 28 years. In her blog An Empowered Spirit she writes about finding the joy in life despite disability. But MS does not define her, so she also writes about living a quality life in midlife, social good causes, animal rights, book and movie reviews, and the importance of using compassion and kindness as a way of making the world a better place.