Known as the "Lourdes of America," el Santuario de Chimayó, 40 miles north of Santa Fe, New Mexico, is one of the most important Catholic pilgrimage sites in the world. Even so, it is unknown to most Americans. 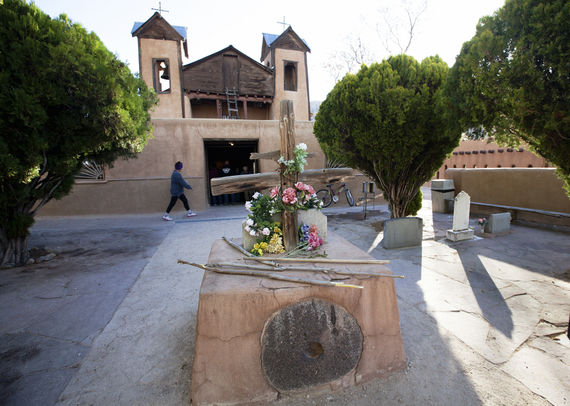 Each Holy Week, Chimayó, a tiny town of 3,000, swells to more than 40,000 as the annual pilgrimage fills the high desert roads of Northern New Mexico with the faithful. Many of the pilgrims walk hundreds of miles to visit the site. 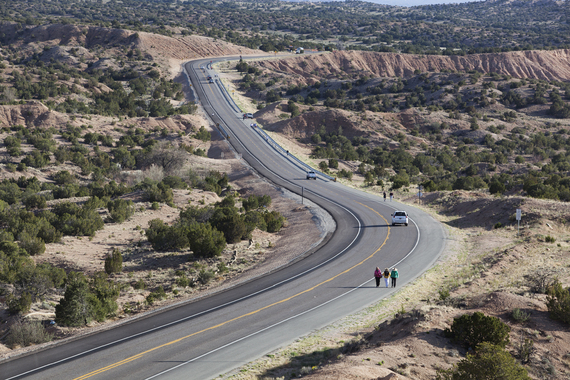 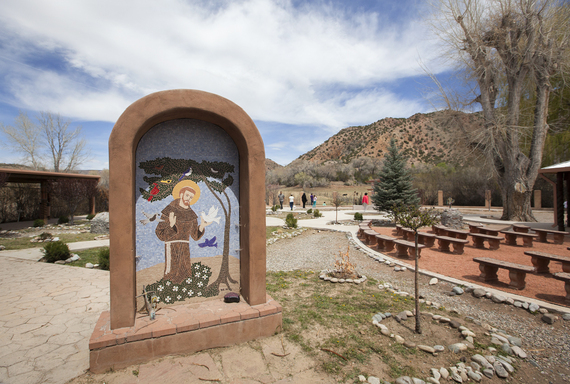 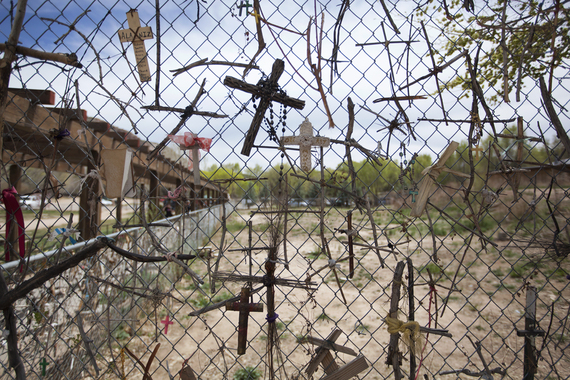 Three times, the friar tried to take the crucifix to a neighboring town. Each time it disappeared, only to be found again in its original spot on the hillside. It was clear that Nuestro Señor de Esquipulas wanted to stay in Chimayó, and a small chapel was built there. The current church was built in 1816, by early Chimayó settler Don Bernardo Abeyta.

Over the centuries, miraculous healings have been attributed to the soil where the crucifix was buried. The holy dirt could be eaten, or applied to the afflictions of the faithful, and they would be healed. The tradition of the healing dirt continues to this day. 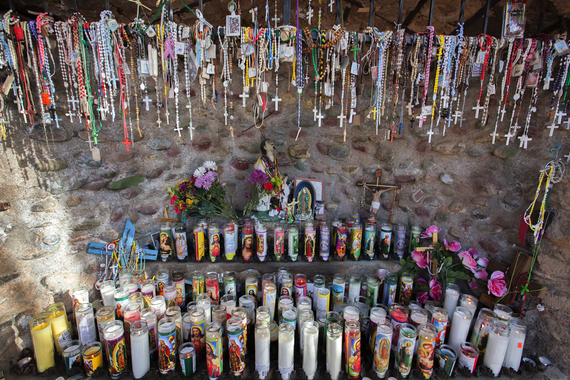 The church stayed in the Abeyta family until 1929, when it was given to the Archdiocese of Santa Fe. It was declared a national landmark in 1970.

Off to the side of the altar is a doorway leading to a small prayer room with a wall of cast off crutches, and an entrance to el pocito, or "the little well," of healing dirt. 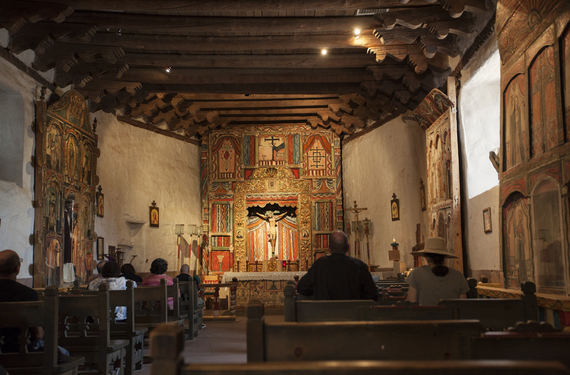 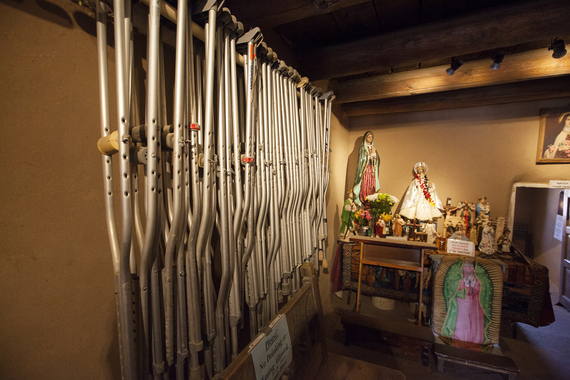 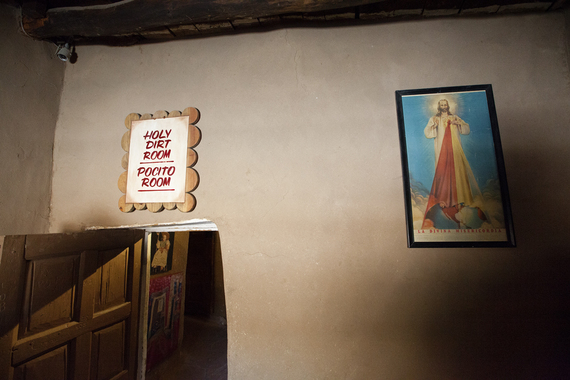 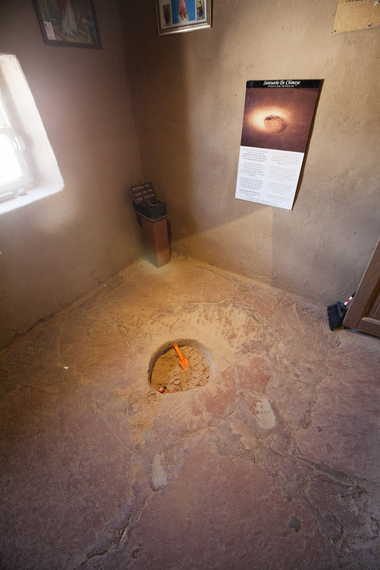 People line up to enter the Santuario. 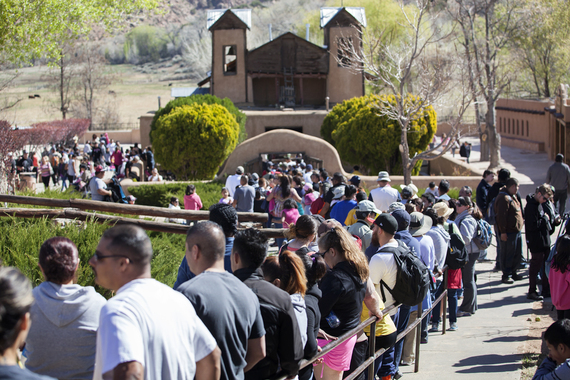 Many people carry crosses on their pilgrimage and erect them on the grounds. 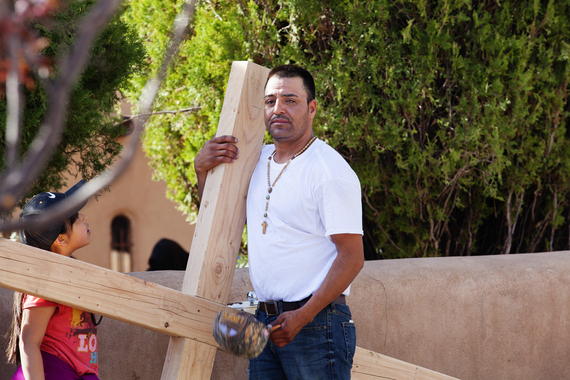 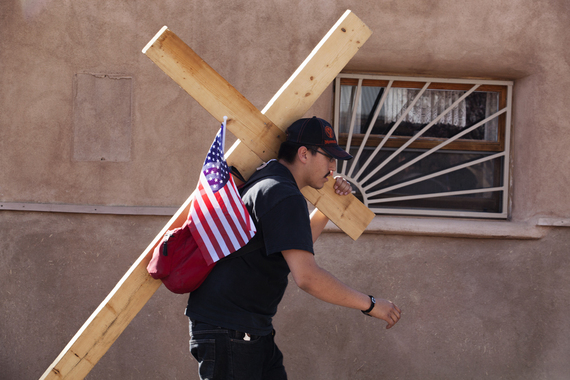 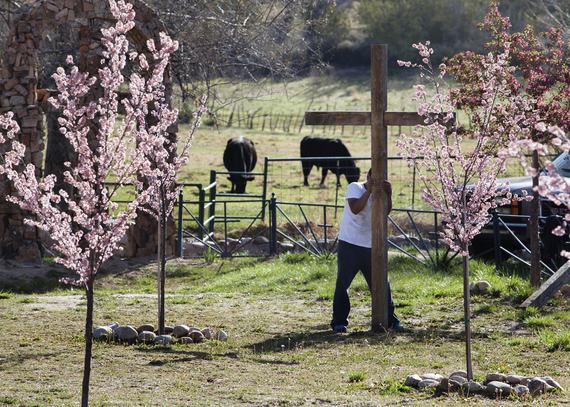 Calls for prayers for the ill and troubled are posted. 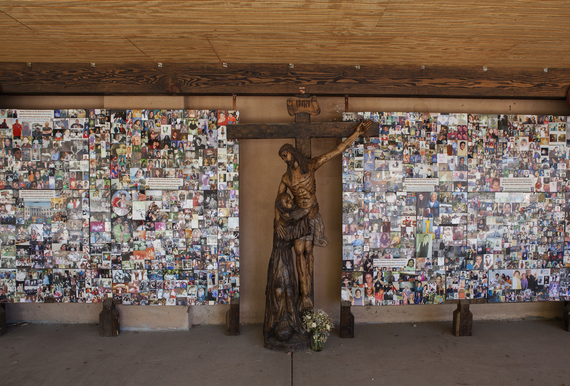 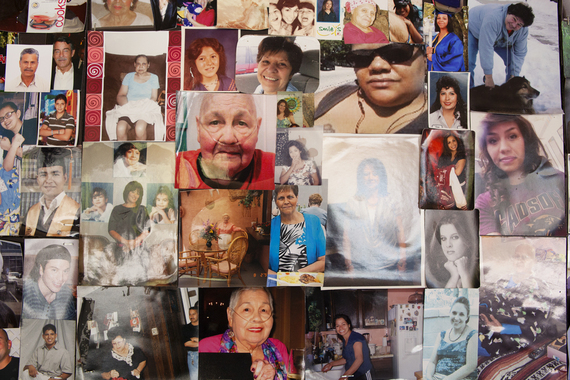 Located steps away is the Santa Niño de Atocha Children's Chapel. The story says that in the early 1850s, a member of an influential local family became ill. When he recovered, he made a pilgrimage to the shrine of Santo Niño de Atocha in the town of Plateros in Zacatecas, Mexico. 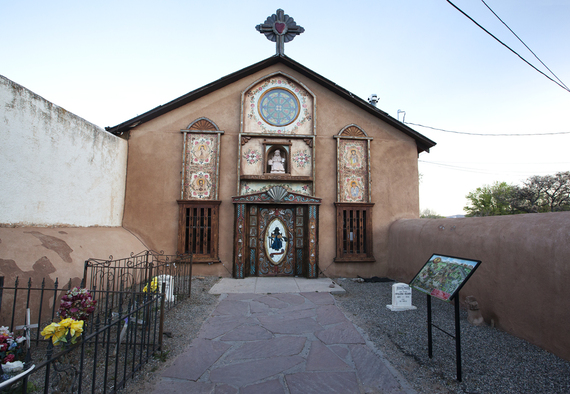 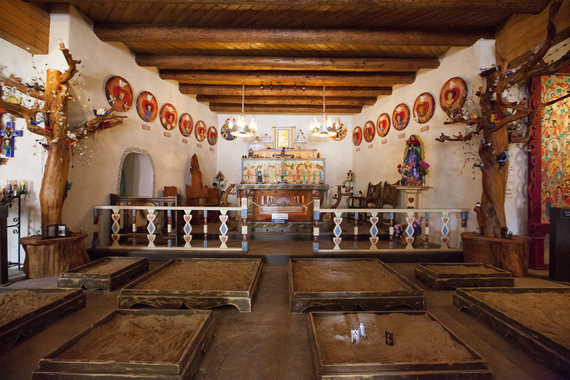 When he returned to Chimayó, he brought a small papier mache doll of Santo Niño (Jesus as a Child). He received permission to construct a private chapel to house the doll. It was completed in 1856, and greatly contributed to large number of devotees of Santo Niño in Northern New Mexico. 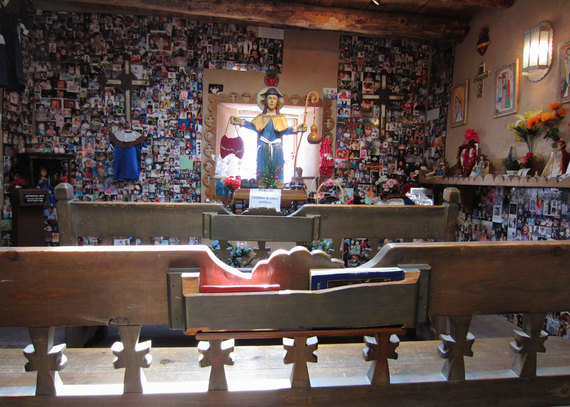 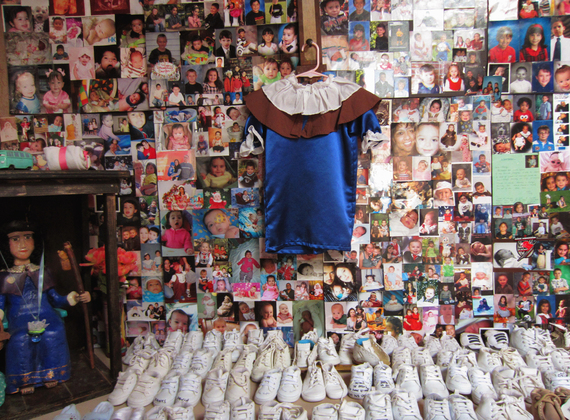 More:
palmweekgodcustomsmiracles
Newsletter Sign Up
An essential daily guide to achieving the good life
Subscribe to our lifestyle email.
Successfully Subscribed!
Realness delivered to your inbox