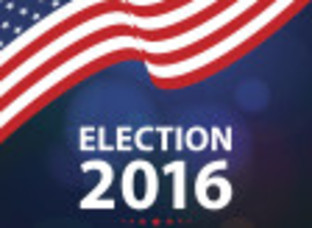 This has been an unprecedented election. The country has demonstrated its severe polarity on issues as diverse as race, immigration, guns, women's rights, foreign and economic policies and even the environment. We all slogged through what seemed to be an interminably long election process where fringe elements and salacious accusations often seemed to be the only factors that grabbed the public and media's attention for much of the last several months. I like to think of myself as a reasonable person who is socially progressive and would like to believe the American dream is for everyone, not just those who by some grace of God or fate got here first. The election unearthed an ugly underbelly of our society. A sector that is riddled with fear. Fear of displacement and the usurpation of the idealized American way of life. A fear partially based on racism and xenophobia, two convenient scapegoats, that ignore the harsh reality of a changing, more globally diverse world whose progress cannot be denied. There was also a deep dissatisfaction with ineffectual government, as represented by the entrenched establishment, that seemed to be unable to accomplish anything of substance for everyday Americans. This fear and restlessness became the fuel that fired the candidacies of both Bernie Sanders and Donald J. Trump. Unfortunately, Donald Trump's message of gloom won out over Sander's more spirited message of hope and Clinton's message of competence.

I have watched and read and listened to a myriad of people and talking heads that have tried to explain how the unlikely election to the highest office of our government of Donald J. Trump, a television celebrity with no political or even public service experience, could have happened. A man who arguably has done more in the last year to divide and polarize our nation than any other public person in recent memory. A candidate who on multiple occasions demeaned and belittled immigrants, war heroes and their families, the disabled and most consistently women. A man who has shown a penchant for alienating large segments of our population with incendiary language that is so contrary to the finest ideals we hold true. Ideals like the sentiment written by poet Emma Lazarus in 1883 forever identified with the Statue of Liberty. "Give me your tired, your poor. Your huddled masses yearning to breathe free, the wretched refuse of your teeming shores. Send these, the homeless, tempest-tost to me..." Or the unequivocal words that grace our Declaration of Independence "We hold these truths self-evident, that all men are created equal, that they are endowed by their Creator with certain unalienable Rights, that among these are Life, Liberty and the Pursuit of Happiness" (I take credit for the underlined emphasis here). Or the First Amendment right that guarantees that the government shall make no law that prohibits the free exercise of any religious beliefs
.
And yet, to my astonishment, despite multiple foibles that would have sunk nearly any other candidate's chances of success, almost one half of the voting public saw fit to ignore or more likely look beyond all these negatives and vote Mr. Trump into office. I now realize that I should have been more prepared for this outcome. I should have seen this coming. I knew there were people out there that took a Trump candidacy seriously. Voters who longed for a nostalgic return to an America that they grew up with. An idealized more homogenized Mayberry, USA that somehow Trump's rhetoric held out the promise for a return to. Many just wanted to see anyone but Hillary, who they rightly saw as a poster child for the Washington establishment. A flawed candidate that despite a superior resume, came to represent everything the progressive left as well as the far right came to loathe.

I had friends, some life long, that much to my bemusement and horror were consistently praising Trump on social media. They saw Hillary as a crook and an insider who would continue with a status quo that they were dissatisfied with. They may have had strong reservations about what they heard from Trump, but they held their noses and voted for him anyway. These people, many of them previously furtive in their support for Trump, now feel vindicated by the results of this election.

I also have friends who were so distraught at the unfathomable results of the election that they have applied for Canadian citizenship or have planned an escape to New Zealand; so fearful are they of what a potentially hostile environment a Trump Presidency might yield. Liberals haven't seen a cause like this since the Vietnam war, as witnessed by the recent protests in Portland, LA and Chicago by anti-Trump demonstrators. With recent indications of who will be tapped for a Trump administration, the calls for draining the swamp may be selective at best. It surely looks like there will be plenty of alligators left in the Washington swamp, with the only difference being their political persuasion. The specter of the maniacal Rudy Giuliani as a potential Attorney General, whose ideas of stop and frisk could set back civil liberties for decades, surely gives libertarians reason for trepidation. Watching Speaker of the House Paul Ryan dodging questions from Jake Tapper on whether birth control will continue to be subsidized under a Trump health plan, is sure to fan the fires of fear in women nationwide. But should we allow our fears to be self-fulfilling prophesies?

They say that you can be in a bubble. The bubble is self-created innocently enough. We all like to have our opinions validated by others, so we naturally align ourselves with people who have a like mind. We listen and read news from sources that we trust and we avoid listening to sources we feel they slant the way they present the facts in a way contrary to our opinions. I get it, we who didn't support Trump, and let me make this clear I am one of them, were a little blindsided by the results of this election. The polls were disastrously wrong. The media got it totally wrong. But the media was instrumental in giving him an unprecedented degree of coverage and exposure. His bombastic language, his outrageous Tweets, his outlandish, divisive points of view all made for larger ratings. Good for mainstream media, great free exposure for Trump. He played the room like a pro and he was often the featured star of the daily news cycle. That said, now what do we do?

When you feel as strongly as I and many of the Hillary, Bernie, Gary, Jill and even Republican non-Trump supporters did about how unqualified both intellectually and temperamentally this guy is for this office, you can't help but be frustrated. Why didn't the people who voted for him see all his obvious faults? There are many to be fearful of. Look at the way he reacts to being challenged by anyone, he tweets disparaging remarks and calls them losers. That hardly demonstrates a penchant for diplomacy or statesmanship. If his history has shown us anything it has been that the only thing Donald J. Trump does well is to promote himself. As a reported billionaire, he has little or no record of charitable giving or for that matter participating in or volunteering for societal causes. He has shown a lack of empathy and a failure to see or admit mistakes. He takes little council from anyone of any national reputation on matters of military, foreign affairs or even the economy. His understanding of the way government is run or how legislation is formed or passed is rudimentary at best. He has an antagonistic style that can be off putting to both our allies and our enemies and he will now be in control of the nuclear triad, a term he didn't know existed until most recently. His misogynistic beliefs are a threat to women, who make up over half of his constituency, and who fear he will endeavor to reverse a women's right to choose. His election may have had the effect of tempering the already existing glass ceiling when it comes to women in positions of power.

Despite all these legitimate concerns, the fact remains that Donald J. Trump will be the next President of the United States. And here is the most frustrating part of the whole situation. Those of us who love our country, despite thinking that this could never happen, despite thinking this will be an unmitigated disaster, despite having nightmares about him inadvertently sending the world into oblivion with one too many outrageous Tweets. We are left having to hope beyond hope that Donald J. Trump will succeed. That's right, there will be no "I told you so" to our right leaning friends, there will be no "you asked for it you got it' to those who voted for him. There will be no hoping to see him fail to prove that we were right after all. That may be the bitterest pill to have to swallow, for in truth his failure would be the greatest disaster of all. We on the left and dare I say center, need to put our big boy and girl pants on and get back to work and help him succeed, for anything less than that will hurt all of us. That's not to say that we shouldn't be diligent and hold his feet to the fire when he strays off course. That's not to say that we shouldn't lobby hard for things that we believe in. After all, half of the country didn't vote for him so there is power in opposition numbers, but we should not take the obstructionist stand that the Republican's did when Barrack Obama came to office. To do that would just put the country back on the treadmill of going nowhere fast. We all need this President, this Donald J. Trump, to succeed if we want our nation and our society to improve and move forward. Let us all hope beyond hope that we doubting Thomas's will be pleasantly surprised. Maybe we will find that our new Commander-in-Chief will rise to the sanctity and seriousness of his new office. Perhaps after all is said and done the magnitude of the tasks at hand will humble the man, (we can only hope) and allow him to reach out for the help he so desperately needs to succeed. Perhaps his being an outsider will make a difference in the machine politics of business as usual that we all abhor. I intend to take a watchful but hopeful stand. I will ignore the rhetoric and vitriol and try to patiently watch, listen and hope for us all to come together. I will not put my head in the sand and expect everything to all work out. That would be naïve and reckless. I will carefully monitor Mr. Trump's appointments for some hint of compromise and healing. I will vociferously keep after my State and local Representatives to make my will known, so that I can hopefully have an impact on future legislation. In short I will attempt to become a better and more involved citizen. I don't like what happened with the election, but for my Grandson's sake, I would like to believe that we as a nation can rise above our differences and that we as a people can come together and both help Donald J. Trump succeed as well as hold him accountable.