Famed Chef Homaro Cantu, best known for the "flavor tripping" concoctions at his internationally renowned Chicago restaurants, was found dead Tuesday afternoon on the city's Northwest Side, The Chicago Tribune reports. He was 38.

Cantu was found in the building where he had been planning a brewery. Police sources told the Tribune that his cause of death appeared to be hanging, and that they are investigating it as a suicide.

“I loved him dearly. It’s really terrible to see him go in this way. I’m going to miss him a lot,” Trevor Rose-Hamblin, Cantu’s friend and business partner, told The Sun-Times.

In a 2013 interview with The Huffington Post, Cantu said he came to Chicago from the West Coast in the '90s to work under the world-renowned chef Charlie Trotter at his eponymous restaurant.

"I made it my life's goal to become a sous chef for Charlie Trotter," Cantu told HuffPost at the time. "I literally just flew out here one day with $300 in my pocket and no place to stay, and I knocked on the back door and got a job."

Cantu, who is survived by two daughters, met wife Katie McGowan when she did a one-day stint as guest chef in Trotter's kitchen.

This was the day I met my wife at Charlie Trotters. I married her 13 months later. pic.twitter.com/zfnxcxmW

After four years as Trotter's sous chef, Cantu went on to lead -- and later own -- the Michelin-starred Moto, an avant-garde restaurant that featured molecular gastronomy and edible menus.

Cantu had long experimented with the West African "miracle berry," which alters how tastebuds perceive sweet and sour. The "flavor tripping" effect played heavily into the concepts for his now-shuttered iNG restaurant and the coffee shop Berrista, and was the subject of cookbooks and cooking shows.

Cantu had a scientist's obsession with food, using technology to tinker with everything from flavors to kitchen ordering systems in his restaurants.

In 2007, he wowed audiences by beating Chef Morimoto on the third season of Food Network's "Iron Chef." His patented designs have been picked up by both NASA and Whirlpool.

When Trotter, his mentor, died in 2013, Cantu went on to help lead the Charlie Trotter Project and continue the chef's mission of philanthropy and culinary innovation.

Please everyone, send your thoughts/prayers to the family & loved ones of chef Homaro Cantu. A great friend, a horrible loss; speechless. RT

In the months before his death, Cantu was hit with a lawsuit by an ex-business investor claiming the chef improperly used money from Moto's coffers to fund personal expenses and other business ventures. 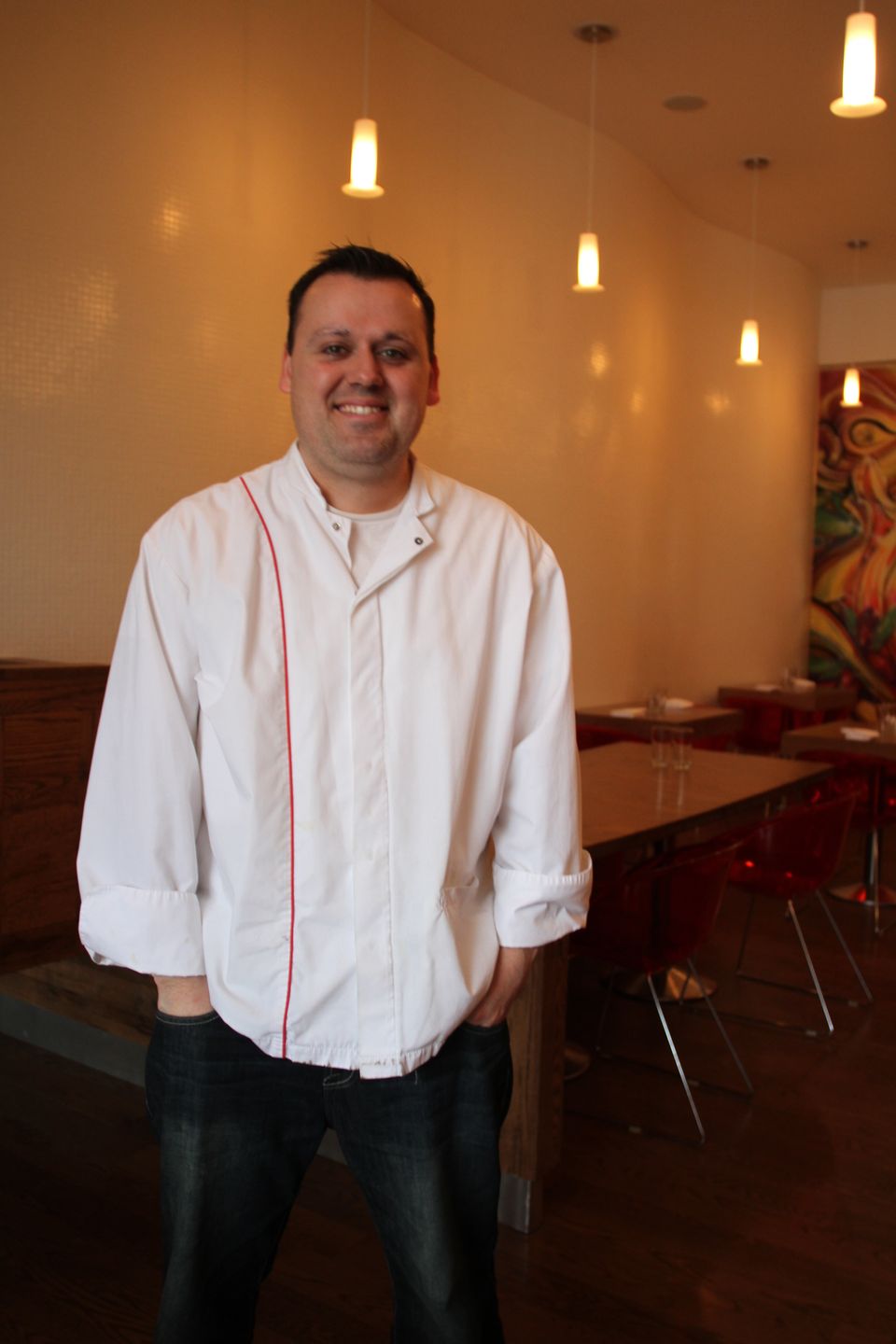 1 / 6
Inside Moto With Homaro Cantu
At just 36, Chef Homaro Cantu has already worked under the legendary Charlie Trotter, established two groundbreaking restaurants in Chicago, <a href="http://chicagoist.com/2007/01/23/chef_cantu_wins_on_iron_chef_america.php">bested Chef Morimoto on "Iron Chef," </a> released a cookbook, filed dozens of patents and started a new way of thinking about how science can help solve problems of food scarcity, palatability and nourishment.
Kim Bellware/Huffington Post