The iconic suburban Chicago home that played a pivotal role in the 1990 John Hughes blockbuster "Home Alone" has sold after nearly a year on the market.

The Chicago Tribune reports that the 4,250-square-foot, three-story Winnetka, Ill., home sold for $1.585 million -- a relative bargain when compared to its original listing price of $2.4 million -- on Thursday. The house was most recently listed for $1.95 million.

The Coldwell Banker-listed house, located at 671 Lincoln, was previously owned by John and Cynthia Abendshien, who had only owned the home for a short time before the Hughes production team came into their home and transformed it into the battleground where Kevin McAllister (played, of course, by Macaulay Culkin) took on two burglars. The new owners have not been publicly identified, according to the Chicago Sun-Times.

The red-brick, Georgian-style home was built in the 1920s and features "four en suite bedrooms, including the 'attic bedroom – a dormered and finished retreat with numerous nooks and crannies – and two grand suites," according to Coldwell Banker. It also includes a four-room master suite, which spans the entire west wing of the home.

Another high-profile Chicago-area property came off the market this week after talk show host Rosie O'Donnell found a buyer for her 6,000-square-foot Lakeview house, which she bought for $2.25 million last fall, one day after the property was listed at $2.5 million.

Take a look inside here, and watch a video interview with the former homeowners. All photos courtesy of Coldwell Banker. 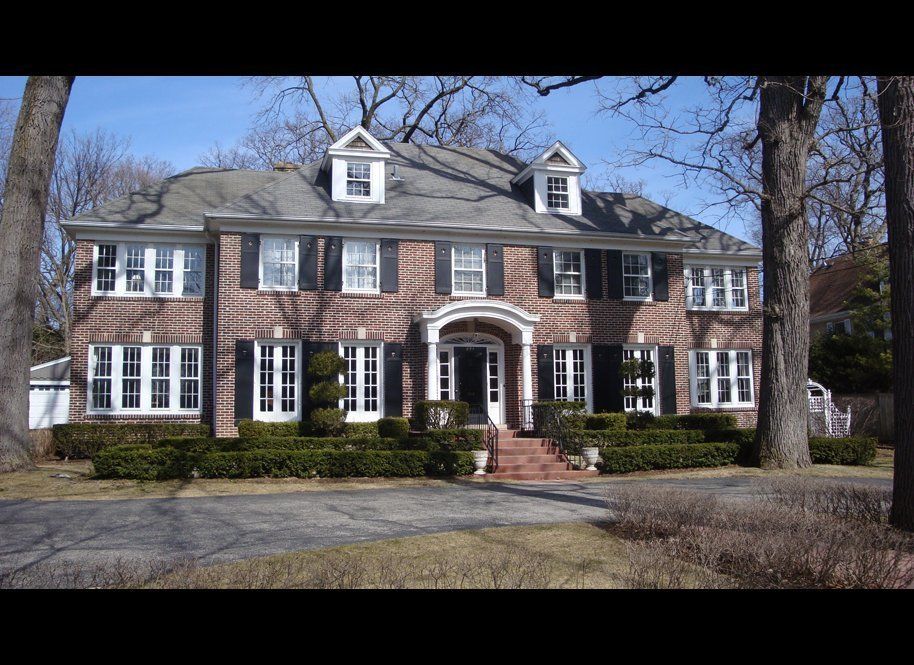