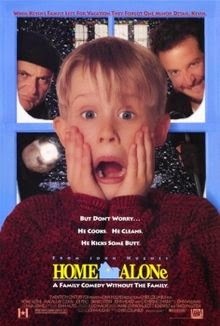 You can run but you cannot hide. No place seems to be safe anymore. The headline on the front page of the Times read "White House Intruder's Past Raises Concern," (9/22/14). According to the Times story, Omar Jose Gonzalez, who "scaled an iron fence and made his way through the front door of the White House" had been apprehended and released after "he carried a hatchet in front of the White House." Does it seem far flung to imagine an exchange where Mr. Gonzalez scales the fence and goes to the back door of the White House, ringing the bell and exclaiming "delivery from ISIL!" Then there was the headline two days later, "3 Suspected French Jihadists Give Up After Botched Arrest," (NYT, 9/24/14). This case demonstrates how difficult security can be in response to the terrorist threat. Apparently Turkish officials put three suspected jihadists on a plane back to France, but French security was waiting for them at Orly while they had already passed through passport control at Marseilles. The Times went on to describe how the three terrorists then tried unsuccessfully "to turn themselves in at a village police station, but the police were away on rounds." Would it make sense for NORAD (North American Aerospace Defense Command) to hire a private security firm to make sure that there are alarms on the front doors? The democratic way of life touts freedom and transparency, but what happens if ISIL simply walks into the control room and turns our own warheads on Washington, Chicago, New York and LA? Actually there would be a precedent for this since ISIL are apparently already armed with caches of American weapons, abandoned by the Iraqi army. Charity begins at home runs the old saw and the same might be said of defending the world for democracy. Before Allied forces leave the house for the Middle East, hadn't they better remember some simple things like closing and locking doors and remembering which airport captured terrorists will be arriving at?