"Home is where the Navy sends us," so it is said within my military world.

Yet I prefer the cliché, "Home is where the heart is."

Home is where the people we love most are. It is the place we most want to be. The place we long for most when we are away from it.

As a military mom raising two beautiful children, that's a comforting message: Home is where the heart is.

By the time my oldest child turned 3, he had lived in three different states, yet still I'd like to think that "home" will always be a robust notion for him and his baby brother -- that they will always feel home instinctively, always find their way back to it, even if the list of consecutive new home addresses becomes a little dizzying...

In this season of displacement, it is a privilege to believe in the existence of a heart-shaped GPS. Pictures of destruction from Syria suggest that, even if it were safe to return, many refugees would find it impossible to locate the walls of the homes from which they have fled.

And what of the millions consigned to refugee camps, often in the wake of staggering personal loss? Should we assume that they have brought their hearts with them? Should we assume their sense of being home will catch up with them at these tough new addresses, sort of like forwarded mail?

Or will the very idea of home be, for them, trapped in a nostalgic past -- home as a scent, an image, an elusive slip of memory that cannot be made flesh?

It is a privilege to believe heart and home share the same address.

I have been thinking of home too, in connection with our military veterans, who all too often suffer something like the reverse crisis of refugees. So many combat veterans do, thankfully, come home, after surviving the depredations of war. Yet, once home, many find they cannot feel home anymore.

The recently departed Oliver Sacks told of patients who, due to stroke or brain injury, could no longer feel the authentic presence of loved ones. They could recognize people they cared about, but they did not believe they really were them. In some cases, they concluded that aliens had taken over the bodies of friends and relatives. For these rare sufferers, an essential ingredient of presence and recognition had gone missing.

At times, this feels to me like a metaphor for what so many combat veterans suffer with regard to the presence of home. They return to the places they most longed to return to. They return to people who shout, "Welcome home!" with hearts brimming over.

But many veterans find "home" lacks the flavor of comfort. It has been hollowed out. They cannot connect to their old lives or routines. It is no wonder why a heartbreaking estimated 22 veterans die by suicide each day in the U.S., often right in their own homes, or in places near them. They leave messages like, "I can't go on like this," and "There's nothing here for me anymore."

Home is on my mind a great deal just now, not only because in a few months the Navy will be moving us to a new "home" yet again. But also because of the recent birth of my second child... as well as the death of my father earlier in the year.

"Remember your roots," my soft-spoken father sagely said to me before I went to college, leaving home.

I think he really meant, "Remember us."

Remember the people you have loved here. Remember where your heart has been.

And now, on top of everything, the mother of all homecomings is nearly upon me: the high school reunion. (30 years!?!) I will be there. I need that reminder. I haven't stayed close to any of my high school crowd, even though it was a wonderful time, with wonderful camaraderie. People move on, they drift apart. 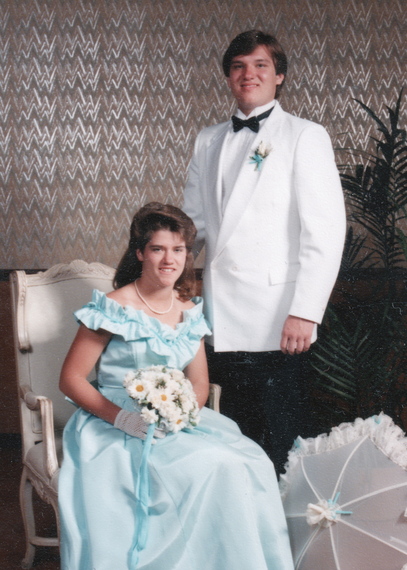 The older I grow and the more I move on and move around, however, the more I realize how much of my sense of home -- how much of my heart -- will always be rooted there, in that cornfield-turned-suburb-of-Chicago where I was born and raised.

This past January, an old friend attended my father's memorial service. I hadn't seen her since we were 18 years old -- nearly three decades. We went to school with one another from kindergarten through high school, though we had never been particularly close growing up. She and I were on swim team together, we even dated the same boy in junior high, and our older brothers were close. Many of our roots were entwined, and that is a powerful bond.

All this makes me realize that, just as with the word "house," we need to begin thinking of "home" as a transitive verb. We don't just have homes or build or buy them. We home each other. We create for one another that essential spark of presence and recognition that allows our brains to know: this is where my heart is; this is where I belong; this is home. 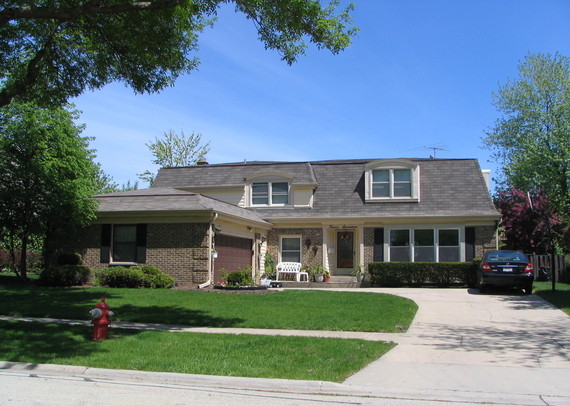 [My childhood house... and home]

I don't know precisely how we begin to home one another actively, the way I believe scriptures and conscience call us to.

When it comes to combat veterans, we must do a better job at reaching out, long after their first homecomings. Letting them know we are here, that we will listen or simply sit with them and not listen. Go for a drive, shoot some pool...

We need to advocate for better care, so that when veterans take that first, very tough step of seeking help, they are greeted by caring professionals who really see them, who recognize their ghosts, but do not make them feel like ghosts.

When it comes to refugees, I find it far more difficult to know what homing our fellow humans might mean. Certainly, it means ensuring they are treated with dignity wherever they arrive, ensuring they are not put in jails, ensuring they are made to feel safe. (Homing a person and safing them -- these seem like very similar ideas that belong together.)

The people of Iceland helped us to begin to recognize the contours of homing when, several weeks ago, they offered to open their own homes to refugees. As a nation, Iceland offered to take in 50 Syrians. Then an Icelandic writer set up a Facebook page, "Syria Calling." Almost overnight, 12,000 Icelandic citizens had signed on to the page and personally offered to take in refugees.

Still, I think of all the refugees who will be taken in by well-meaning families, and I wonder -- even for those relatively lucky few, how does the feeling of home settle in again? I imagine them tiptoeing around at night, not wanting to wake their sponsors. Finding alien foods in an alien fridge when they go to get a snack. Everything not right, not familiar. A deep sense of absence haunting them. The absence of those left behind. The absence of those lost along the way.

How very odd that, in the end -- at least as I imagine it -- both the combat veteran and the war refugee are un-homed in ways that mirror one another. Each unable, wherever they are, to return to where the heart is.

To make home and heart coincide.

More:
Veteranshealthy livingHomecominghomeRefugees
Newsletter Sign Up
The essential guide to taking care of your mind and body
Subscribe to HuffPost’s wellness email
Successfully Subscribed!
Wellness delivered to your inbox