In Spectrum for an Untouchable (GusGus Press-Bedazzled Ink Publishing), Israeli contemporary artist and poet Meital Yaniv uses language to confront the limitations of language. There are no words, she says, and no voices navigating the simultaneous love and hate she feels for her country. It’s time for her to try.

Yaniv’s an outsider—a 32-year-old queer artist and expat living in Los Angeles who didn’t serve the typical two full years in her country’s military—and an insider—an Israeli who can never fully shed her roots, her family, and the blood spilt by the place that will always be home.

She tried to run away. She’s been working in Los Angeles for four years, where she got her Master of Fine Arts at the California Institute of Arts. Yet, even from across the ocean, Yaniv writes of herself as an “exile.” Her brutal honesty is unwelcome, even in her relatively progressive hometown of Tel Aviv. Now she lets all the forbidden thoughts and emotions, suppressed for a lifetime, spill onto the page. Her vulnerability is her strength as she deconstructs the memories, history, and narrative she inherited but never believed. And she challenges—at times aggressively—her fellow Israelis, “all of you,” to ask with her: “What if the dream is just an idea of a place that doesn’t exist?”

She doesn’t offer answers, but invites us along as she charts the maddening inner conflict she sees as inevitable for anybody born in such a conflicted place. “We can’t stand being displaced, we weren’t trained for that feeling,” she muses, “But if the idea of this place is so untrue why are we all here.  Because the bubble needs to remain intact.”

Yaniv chose to leave the bubble, or maybe she never really had a choice. And now she’s displaced, and she can personally vouch for the fact that she was not trained for the feelings that would follow her departure.

Instead, she was trained to think:

My life is worth more than yours.

One missile on my side equals 9 deaths on yours.

Because we are more important than you.

We have friends in higher places.

And we managed to control your image for years now.

We tell them how to call you how to describe you.

We named you for them, for us, not for you.

These sorts of mantras are what Yaniv calls “a language of defense through the repetition of trauma.” This indoctrination of trauma and fear began for Yaniv with childhood stories of heroic family members, and was solidified while burying friends who died in service.

Growing up, Yaniv went through all the motions of a good, young Israeli: 24 hours of countrywide mourning just before the fireworks of Independence Day (a strategic decision she now sees as “so genius and manipulative”). She personifies the state saying, “you knew the only way to celebrate this craziness will be through our scars. The scars that we will never heal because we forgot the reason for their creation.”

Yet, Yaniv boldly searches for that forgotten reason. “Who are they? Everyone that lives there. Where is there?” she asks of the “enemy.” (Yaniv has collaborated with many contemporary artists from the Arab world).

It’s this blurring of the personal and political in Spectrum for an Untouchable that adds needed dimension to the Israeli-Palestinian conflict. The conflict is not just a war of headlines, Yaniv reminds us, and there are infinite sides (often coexisting within the individuals most impacted by it). As Yaniv reckons with these sides, she reminds us of the power and limitations of an existential struggle. She destroys many of the perceptions she’s inherited yet she can never fully annihilate herself. But we wouldn’t want her to. Yaniv’s irreconcilable feelings about Israel make her the ideal mediator.

Spectrum for an Untouchable (GusGus Press - Bedazzled Ink Publishing) will be available for purchase on November 1, 2016. 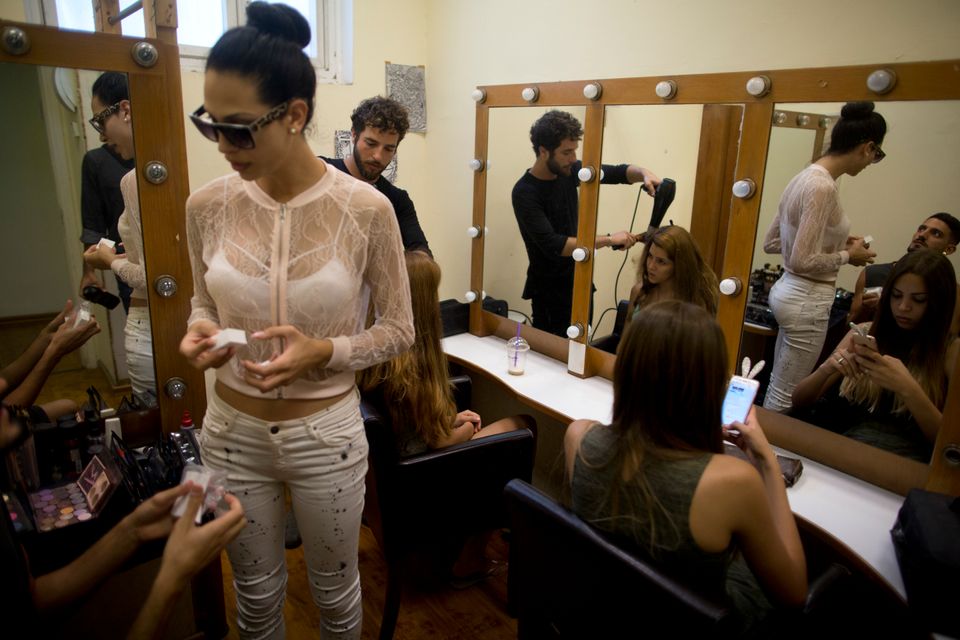